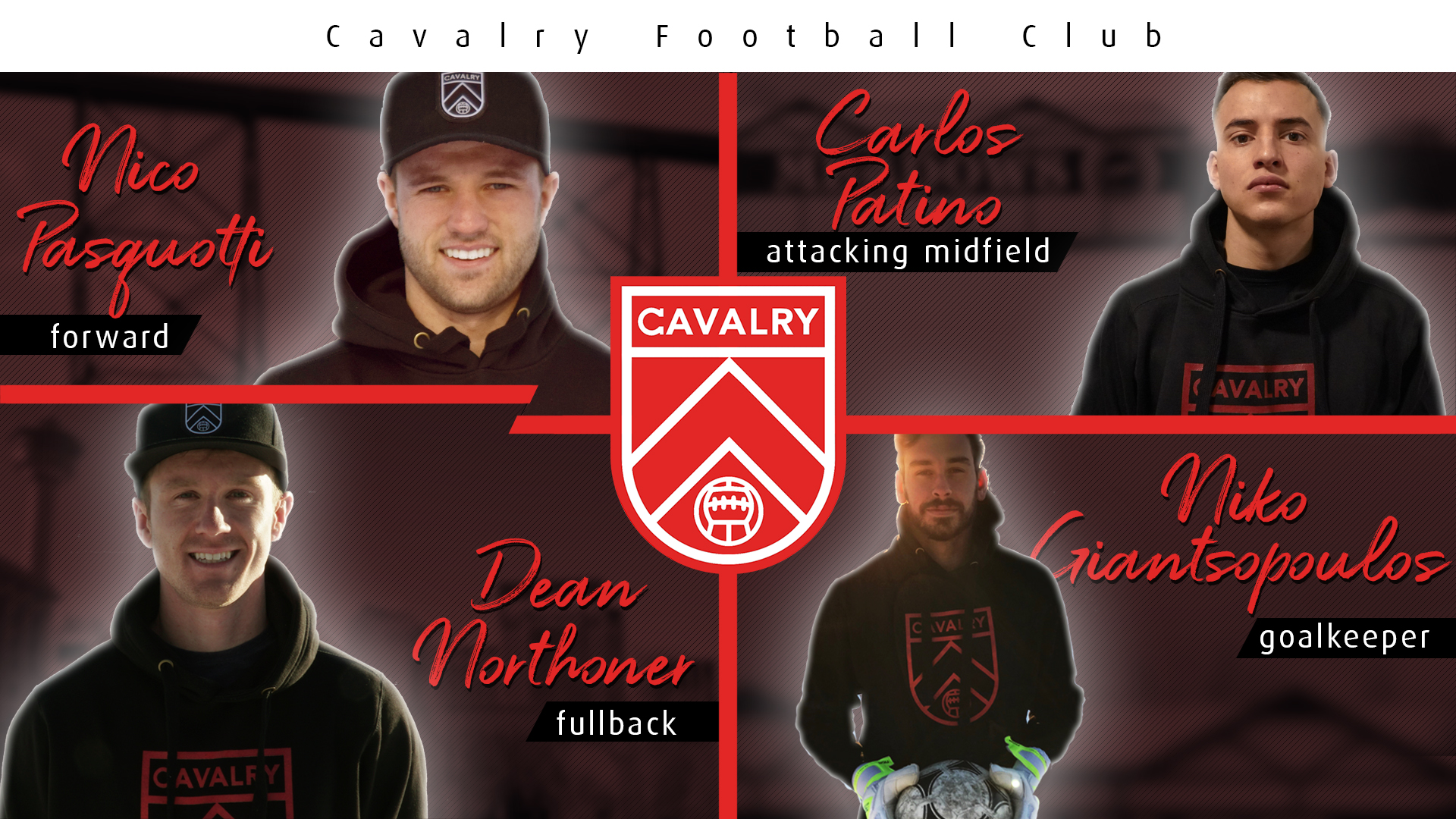 Dean Northover was part of the Champion Foothills Premier Development League (PDL) team in 2018 and for the past 4 seasons holds record for most matches played for Foothills FC. Northover also played for the SAIT Trojans.

“Dean is a terrific player and should have been playing professionally before now.” Stated Tommy Wheeldon Jr, Head Coach & General Manager, Cavalry FC. “Having worked with him for 5+ years now, he is a very consistent player with exceptional control and 1v1 defending”

Columbian born Carlos Patino was named the PDL assist Champion for 2018 and has played professionally for the Seattle Sounders 2 in the United Soccer League (USL). Patino also brings international play experience to Cavalry FC having previously played in Sweden for Vänersborgs IF.

“Carlos is technically very good. He has a great passing range that creates a ton of goal scoring opportunities. He adds versatility to our attacking depth and is one of the hardest working players I’ve seen.” Tommy Wheeldon Jr.

Nico Pasquotti played 3 years for Calgary Foothills FC and in both National Championship games (2016 & 2018). In the 2018 National Final, Pasquotti scored the winning goal and won the MVP award. Fans who watched the Prospects Al Classico game in September 2018 will recognize him as a goal scorer and the player voted MVP of the home game. Born and raised in Lethbridge, Pasquotti played his early years with the Lethbridge Cosmos and a season with Calgary Chinooks before advancing onto the Lethbridge College team, then into the Lethbridge University team as he traded schools.

“Nico is a really exciting player that adds exceptional pace and drive to our team.” said Tommy Wheeldon Jr. “He’s someone who will excite the fans and inspire his teammates.”

A native of Markham, Ontario, Niko Giantsopoulos impressed the Cavalry FC coaching staff in the Prospects camp for the Al Classico game in fall of 2018. Giantsopoulos previously played in the NCAA at Calvin College including a Division III All-American in 2014. Following his NCAA career Giantsopoulos moved down under to sign with the Devonport City Strikers of the Tasmanian Northern Premier League in Australia.

“Jordan Santiago (Goalkeeper Coach) was impressed with his positioning and reflex ability.” Tommy Wheeldon Jr. on Giantsopoulos’s performance at the Prospects camp. “He is also a terrific character and one we’ll need around the club and in the community.

About the Canadian Premier League
Canadian Premier League (CPL) is Canada’s professional men’s soccer league set to debut in April 2019. Playing in world-class and unique venues, and partnering with strong community-led ownership groups, CPL is a league for Canadians by Canadians that will bring professional soccer to communities coast-to-coast.
For updates and more information, please go to CanPL.ca.
Connect with us on Twitter: @CPLsoccer and #CanPL