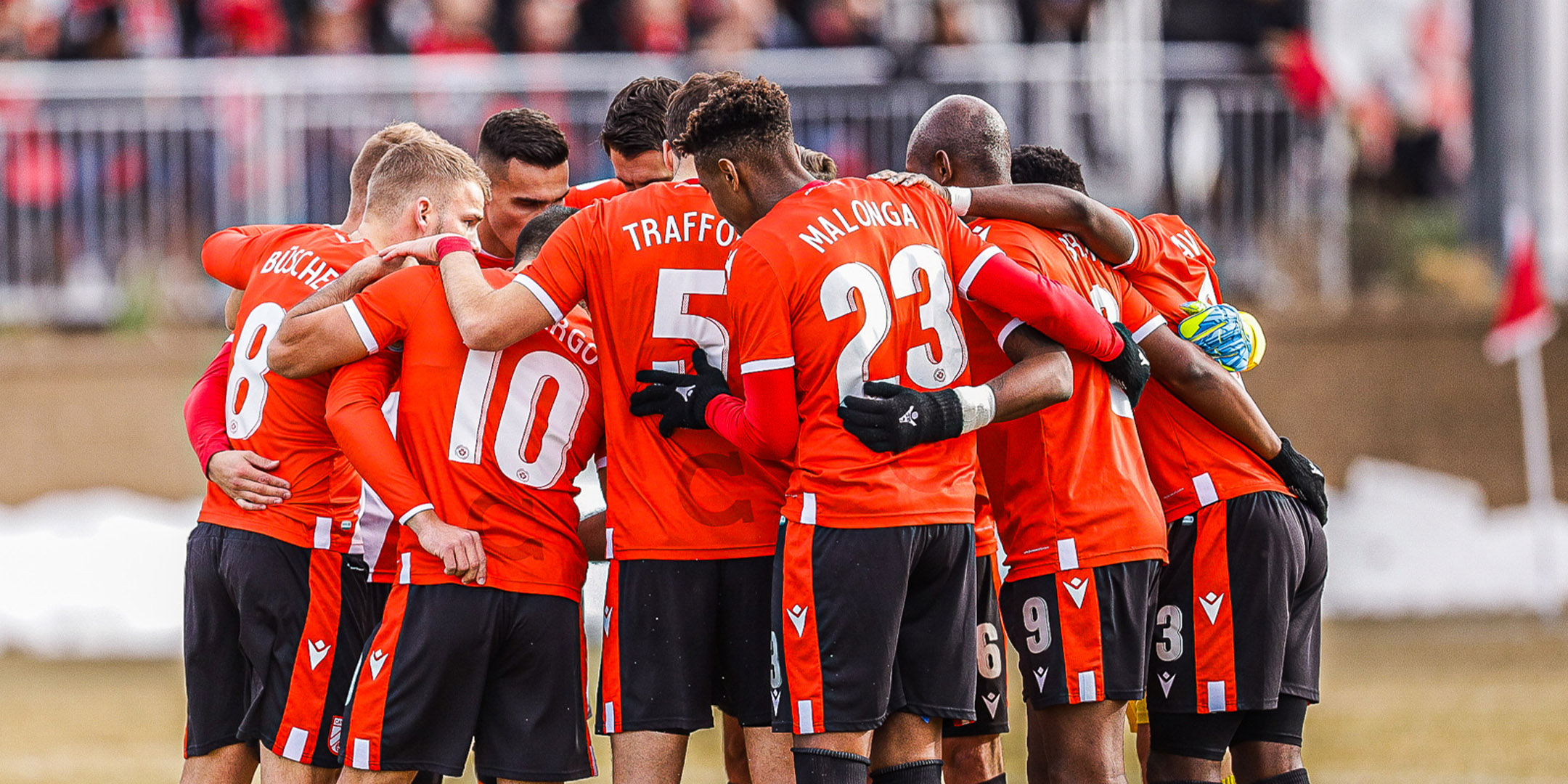 That’s how members of Cavalry FC feel with the Canadian Premier League Finals in the books. While disappointed, they’re looking at the bigger picture of what they accomplished in 2019.

“We can be proud of the effort we had,” goalkeeper Marco Carducci said after Saturday’s closing leg in Calgary. “You look at the standard we set. We have nothing to be ashamed about. Spring champions, Fall champions, winning the overall league.

“We have a record that’s probably going to be very hard to beat for a very long time. You look at a lot of those numbers like goals scored, goals conceded. Those are all things we are very proud of. Those are things we’ll all reflect on. That Canadian Championship run. An incredible year.”

Carducci himself also set a standard in the CPL, by being the first Canadian player from the league called up to the senior national team. He finished with nine clean sheets and made dozens of dazzling saves along the way.

RELATED READING: ‘It will inspire us’: Wheeldon proud of Cavalry’s success despite Finals loss

But, for the 23-year-old, it was a representation of the team effort within Cavalry that’s been instilled since day one.

“I don’t think we get enough credit sometimes,” he admitted. “As a goalkeeper, you get your name thrown out there, but it doesn’t happen without the guys in front of me. That includes even the guys furthest up on the field, the strikers. That’s our collective team effort. Everybody.

“It’s something that defines this team.”

Much like his goalkeeper, veteran defender Mason Trafford said that the unity of the club is what has made 2019 so memorable.

“It’s been massive,” he told reporters with fondness in voice and his young daughter sitting on his lap.

“What’s been built here in such a short amount of time in terms of Spruce Meadows and our ownership group in creating a venue and a culture for soccer here in Calgary has been unbelievable. For me to be a part of it is really special.

“I look back now and think what a decision it was to come to Calgary and be a part of this group.”

And what resonates when listening to the players post-match is how proud they feel of being embraced by Calgary and the Cavs faithful.

“It’s surreal. It’s hard to put into words,” Carducci, who is a Calgarian, explained. “Even now, the season is slowing down, and we’ll have some time to reflect on it. It’s very special.

“As a local boy, to see this and be involved in it, it’s something I’ll never forget. One of the goalkeepers I’ve actually done training with, he’s 10 or 11, he’s like me. It’s so cool to see how passionate he is about the game and how much he loves it. Now I’m in the position where I can be a role model for kids like that.

“I look at the bigger picture at what this club is doing for this city, as a hometown boy, it makes it even that more sweet. I’m just proud and honoured to be involved.”