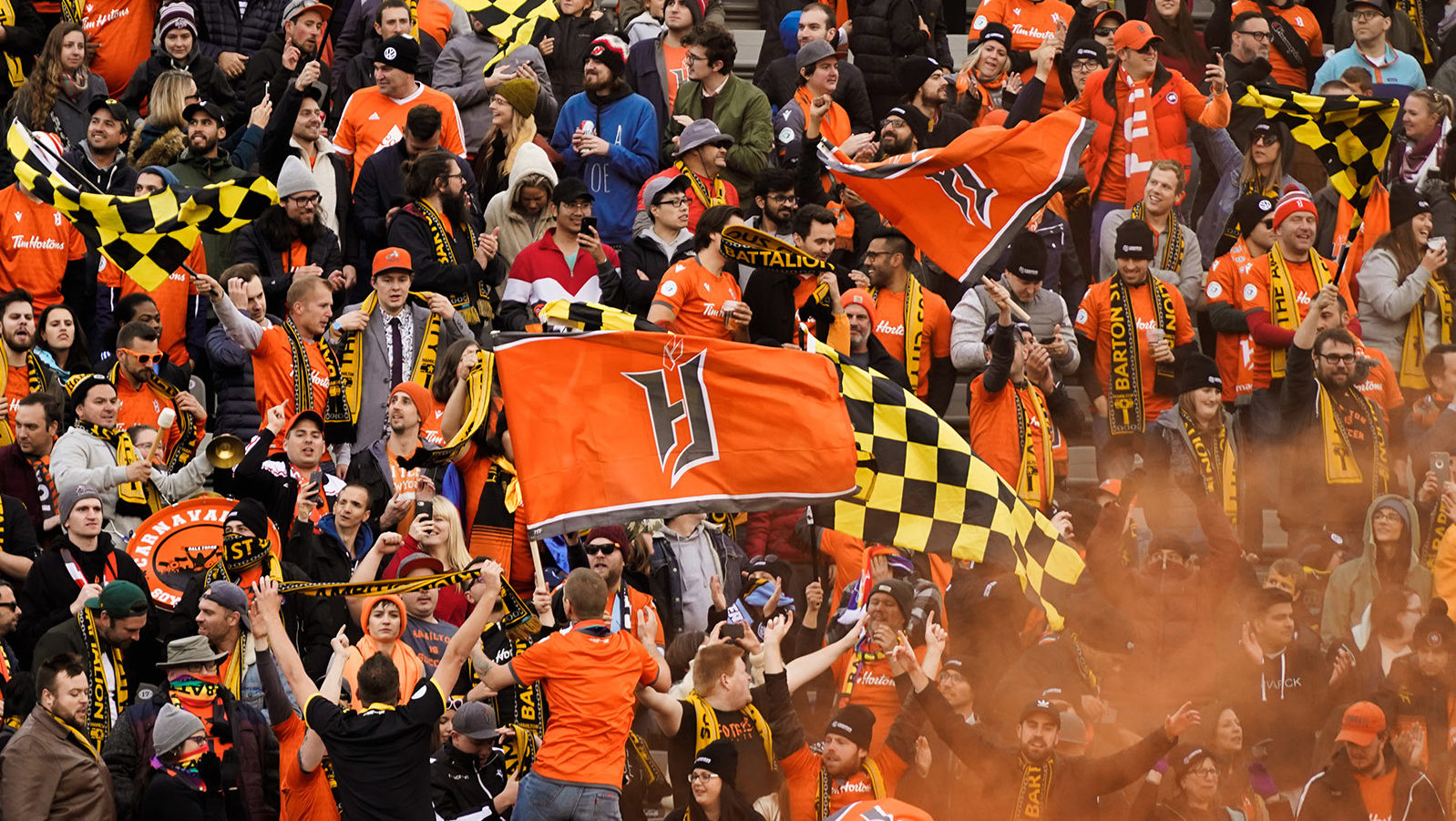 The eyes of the Canadian soccer world are on Hamilton this weekend, as Forge FC hosted Cavalry FC in Leg 1 of the inaugural Canadian Premier League Finals.

Saturday’s match saw Forge take a 1-0 lead heading into next week’s return leg in Calgary, with Tristan Borges beating Marco Carducci late in the first half (after the Cavs keeper saved his penalty attempt minutes before).

We also saw two controversial red cards, with both Cavalry’s Joel Waterman and Borges for the home side sent off, meaning they’ll be suspended for Leg 2.

On a wild day for the CPL, here’s the best of how soccer Twitter reacted to the spectacle at Tim Hortons Field.

All eyes on Hamilton across the country, including those of FC Edmonton coach Jeff Paulus.

My team is not in this final but my heart certainly is. As a Canadian football supporter, this is a proud moment!#CanPL #CanadaSoccer#CanadaProud

Plus, the first mayoral wager in CPL history?

Opinions were split on Joel Waterman’s red card, but not on Marco Carducci’s stunning save…

Tristan Borges’ 45th-minute goal was wonderful in both of Canada’s official languages.

It was Borges in the spotlight again in the second half, but for a different reason…

Wow. Borges off. Gone for the rest of the final. Might be the turning point of this #CPLfinal

NOT SO GORGEOUS NOW #CanPLFinals

Should that be a straight red 🧐?

This ref has always been shocking .. Never been apart of a game where he hasn’t dictated it, also gave me my first career red card. No idea how he still gets games 🤷🏽‍♂️ #CanPL

Plenty left to play for in Leg 2.

FT: Forge 1-0 Cavalry with Tristan Borges suspended for the 2nd leg. Not sure who really won that game. #CanPLFinals

#ForgeFC had to win the game, they did that, but this is a missed opportunity for them. They had #CavsFC on the ropes for most of the day. What an entertaining game, a lot to talk about out of it heading to Calgary for what should be an interesting second leg. #CanPLFinals

Ultimately, a positive result for the home side, but it’s not over yet.

Until next season at @TimHortonsField.

Bring your “A++++” game and we @footsoldierssg will carry you home.#canplfinals

We’ll do it all again next week, this time in Calgary. Who will be crowned the first-ever CPL champion?