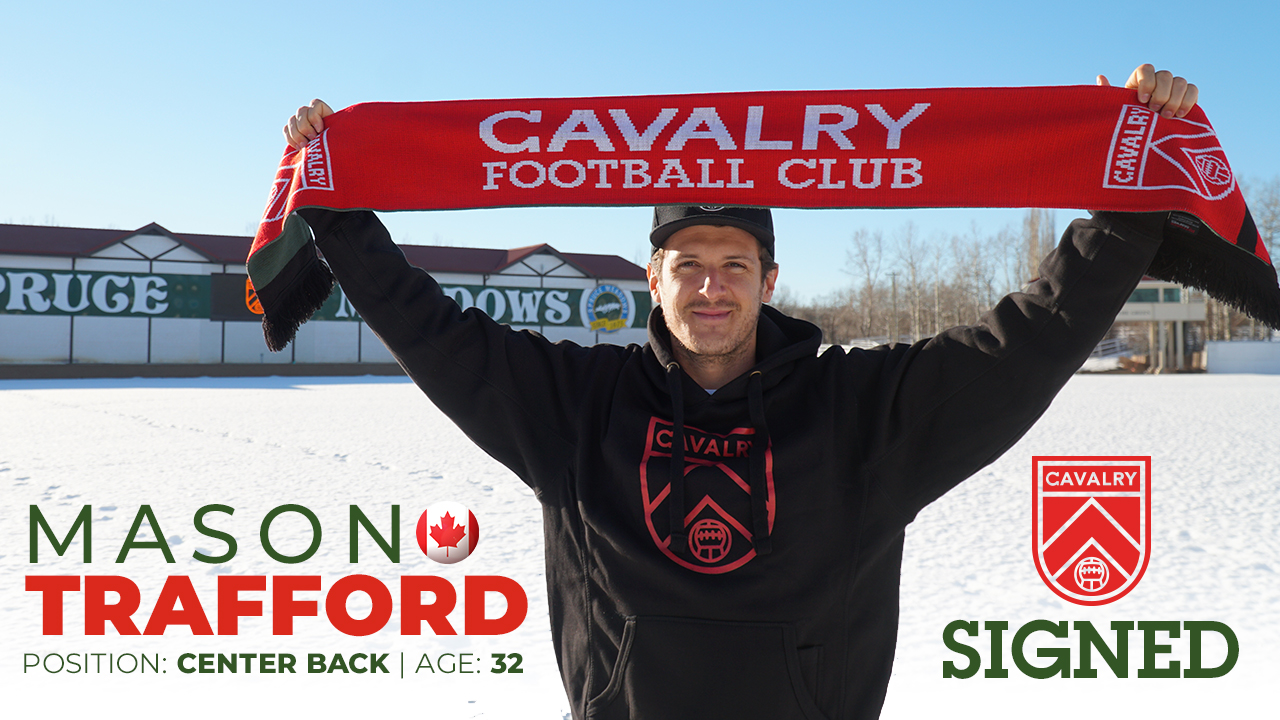 Mason Trafford is a Canadian Footballer who grew up in North Vancouver where he played youth club soccer, including two years on the British Columbia Provincial Team before beginning his post-secondary education at the University of Nevada (Las Vegas). During his four years at the university, he played for the Rebels and during his final year, captained the team.

Moving back to British Columbia, Trafford played two seasons with the Vancouver Whitecaps starting in 2008, where he (along with Martin Nash, now Assistant Coach, Cavalry FC) was part of winning the United Soccer League Championship and in 2009 helped the team to reach the USL Championship Game. After playing in both Finland and China, Trafford played for the Canadian National Team in 2013.

In 2014, Trafford moved back to Canada to play the inaugural season for the Ottawa Fury FC, part of the North American Soccer League (NASL). He stayed for two seasons with the Fury and was part of the clubs successful NASL Fall Championship title in 2015. At the time of his departure from Ottawa in 2016, Trafford was the Fury’s all-time appearance and minute leader.

From Ottawa, Trafford was signed to Miami FC by Italy World Cup Winner Alessandro Nesta. In 2017 Trafford was part of Miami’s spring, fall and combined season winning team leading him to be named to the NASL’s Best XI of that year.

“Mason is a serial winner that has won championships in the USL and NASL that adds great experience, leadership and quality to our back line.  He is one of the best left-sided Canadian centre backs in the Country.”– Tommy Wheeldon Jr., Head Coach & General Manager, Cavalry FC

“Returning to Canada to play for Cavalry FC was an easy decision for me and my family. Southern Alberta has a community that is ready to embrace professional soccer and with solid coaching and support staff and a world-class ownership group, we are going to create a unique soccer experience. My family is largely based in Calgary so it feels like coming home.” – Mason Trafford on returning to Canada and playing for Cavalry FC.