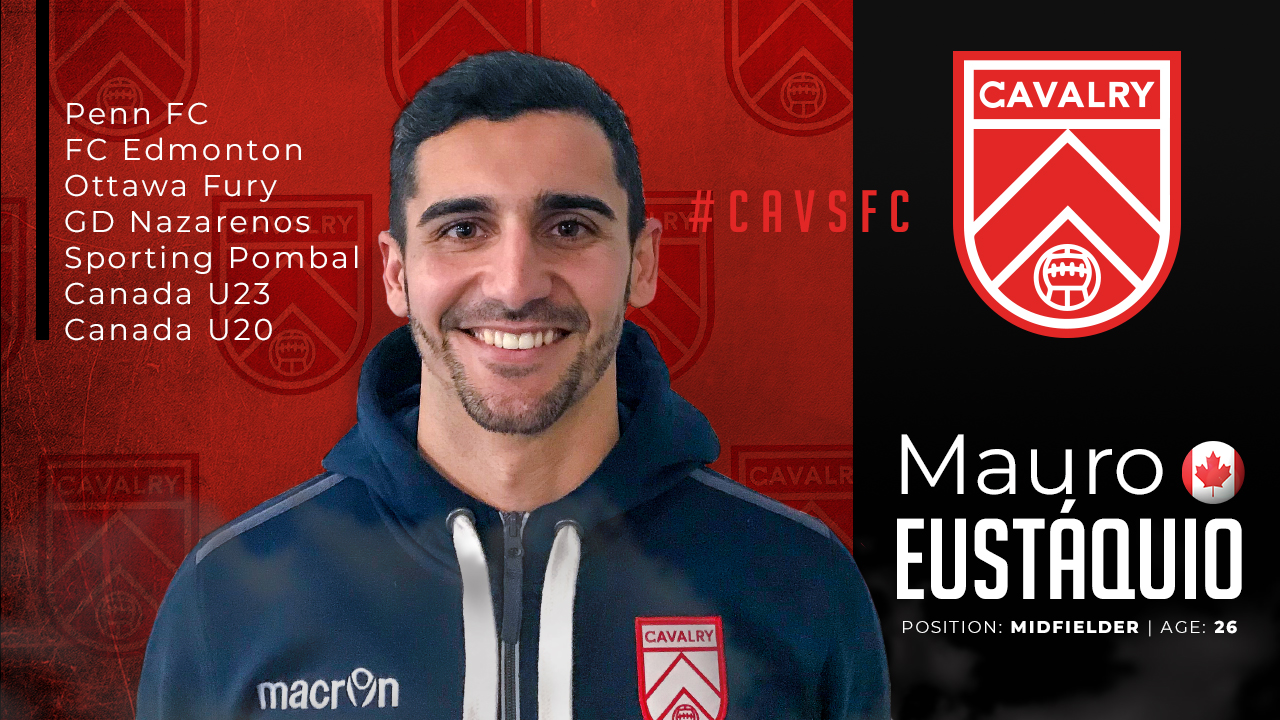 Mauro Eustáquio was born in Nazaré, Portugal but moved to Leamington, Ontario at 13 months old. At the age of 11, he returned to Portugal and spent his youth years playing with the Nazarenos and União Leiria. Eustáquio’s senior career began in 2012 when he played with Sporting Clube Pombal. 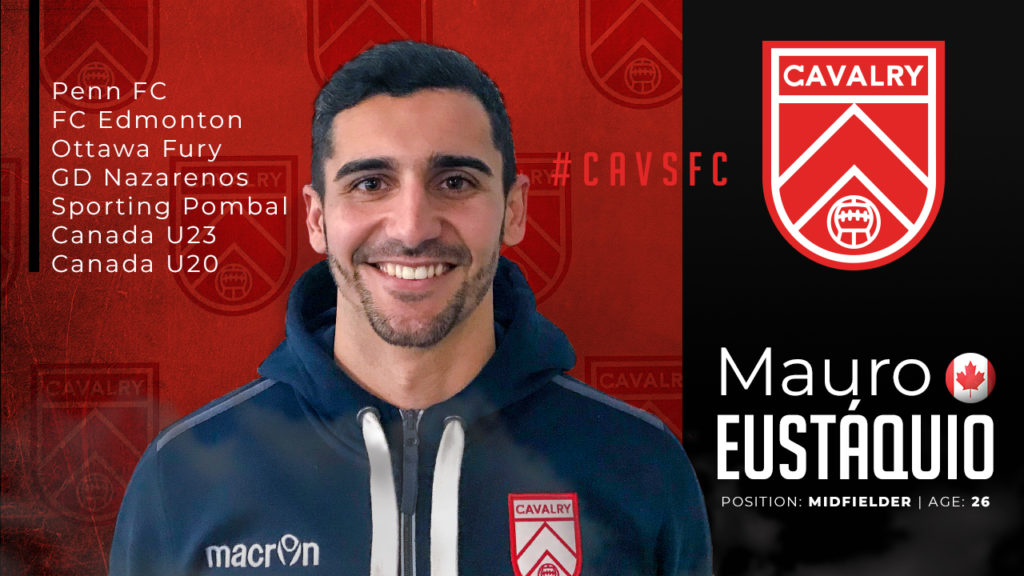 In December of 2013, Eustáquio returned to Canada and signed with North American Soccer League (NASL) club Ottawa Fury FC. Eustáquio played with the Fury from 2013 until 2016 at during which he had the opportunity to play under the direction of then (and now current Cavalry FC) Assistant Coach Martin Nash. Eustáquio signed with FC Edmonton (at the time part of the NASL) where he would for the first time work with current teammate Nik Ledgerwood. Most recently Eustáquio played with Penn FC, part of the United Soccer League (USL).

“Mauro is a great addition to our squad, a terrific ball player with a competitive edge in the midfield.  He brings with him a lot of professional experience from across North American (NASL and USL), whilst also being another quality Canadian with international pedigree.” Tommy Wheeldon Jr., Head Coach & General Manager, Cavalry FC

“Cavalry FC has put together a great group of professionals. When you step into the Cavalry environment you realize that everyone here is demanding and holding themselves accountable. No one is scared of hard work. Everyone knows we need to be at our best and a team to be successful.” – Mauro Eustáquio