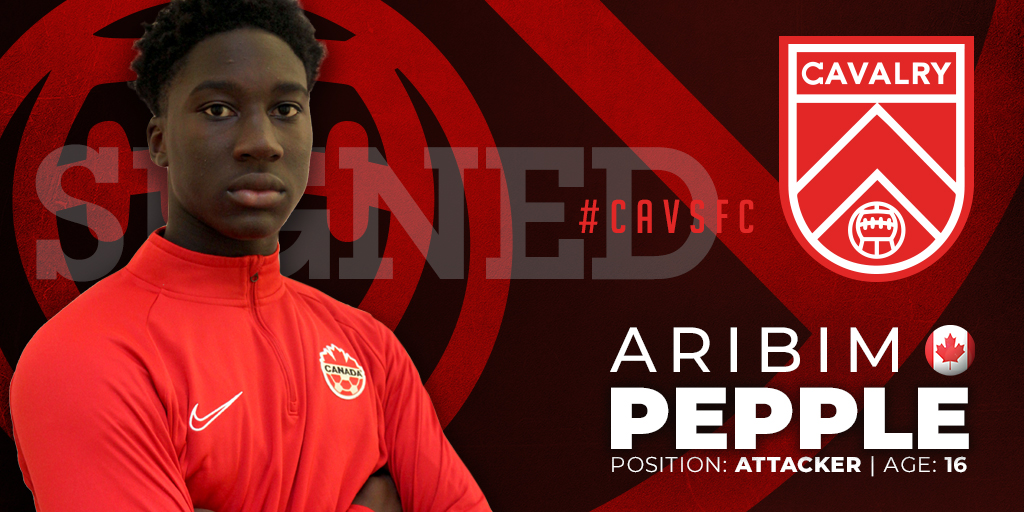 Pepple was 5 years-old when his family moved from Kettering, England to Calgary, Alberta, Canada. He grew up participating in soccer and upon arrival in Calgary, began playing for the Oadby Owls. Once stepping into the U10 division, Pebble began his development through the Calgary Foothills Soccer Club which provided a pathway for him into the youth National team and now professional team. Pepple is currently with Canada Soccer’s Men’s U-17 National Team and previously played with the Calgary Foothills FC USL2 team this past spring. 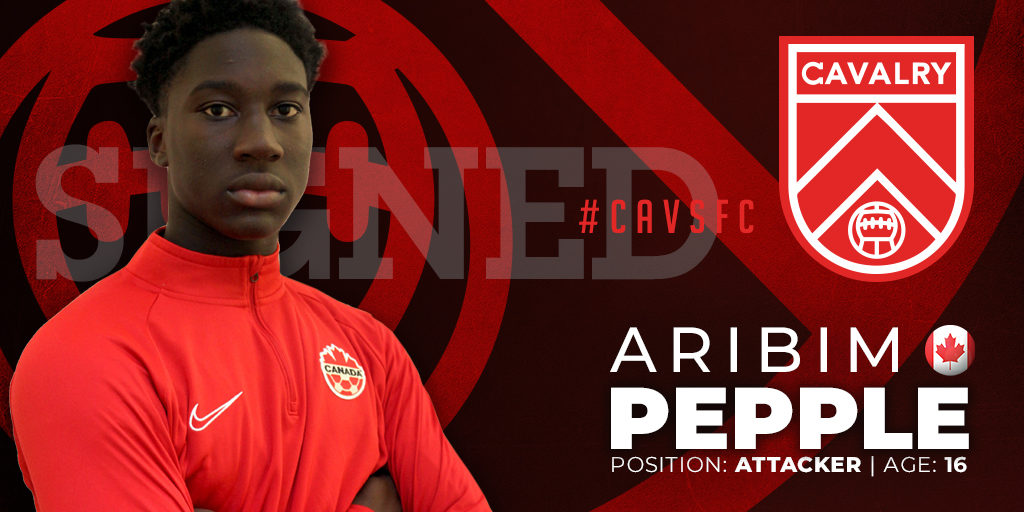 “Aribim is an exciting young attacking player (16yo) that the Canadian Premier League has been designed for.  His development has accelerated having had a great season with Calgary Foothills USL2 team where he scored 5 goals in the last 5 games of the season.  He will add pace, power and youthful energy to our team” – Tommy Wheeldon Jr. (Head Coach & General Manager, Cavalry FC) on signing Aribim Pepple.

“The biggest thing that excites me is being able to finally live out the dream I’ve had all my life, and call myself a professional soccer player. It’s exciting to see all the hard work pay off for not only myself, but my parents who have put an extraordinary amount of effort taking me to practice everyday. Some of my past coaches like Scott (McGeoch), Jay (Wheeldon), and Leon (Hapgood), who have kept believing in me and have provided me with advice and opportunities to play at the next level,” stated Aribim Pepple (CAN) on signing with Cavalry FC.