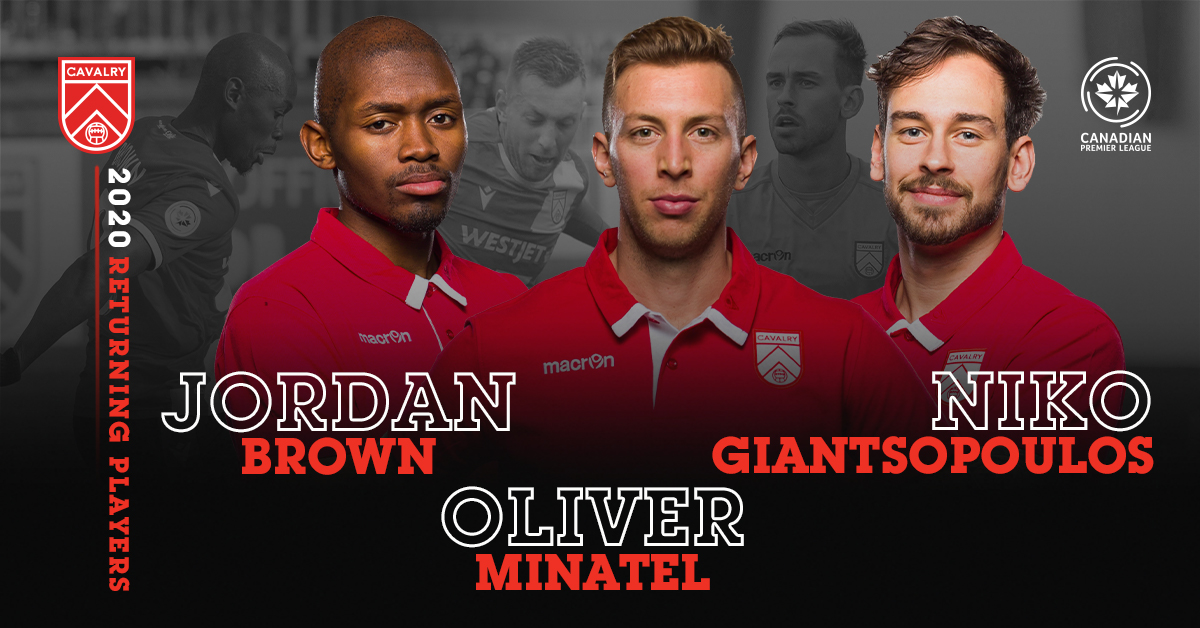 Calgary, AB (December 5, 2019) – Cavalry FC is pleased to confirm that Jordan Brown (ENG), Oliver Minatel (BRA), and Niko Giantsopoulos (CAN) have been renewed through 2020.

Forward Jordan Brown (ENG) returns to the Cavalry after a campaign which saw the 23 year old net five goals across CPL and Canadian Championship play. This included the first Cavalry FC goal during the inaugural match against York9 FC on May 4, 2019. The Arsenal and West Ham academy product logged over 1700 minutes last season.

“Jordan played an important role in our team this past season and scored some pivotal goals, including our first ever versus York9 and of course the goal at B.C. Place versus the Whitecaps amongst others. We sometimes forget he is still young at 23 years old given the background he has and we feel he has even more to show next season”. – Tommy Wheeldon Jr. (Head Coach & General Manager, Cavalry FC) 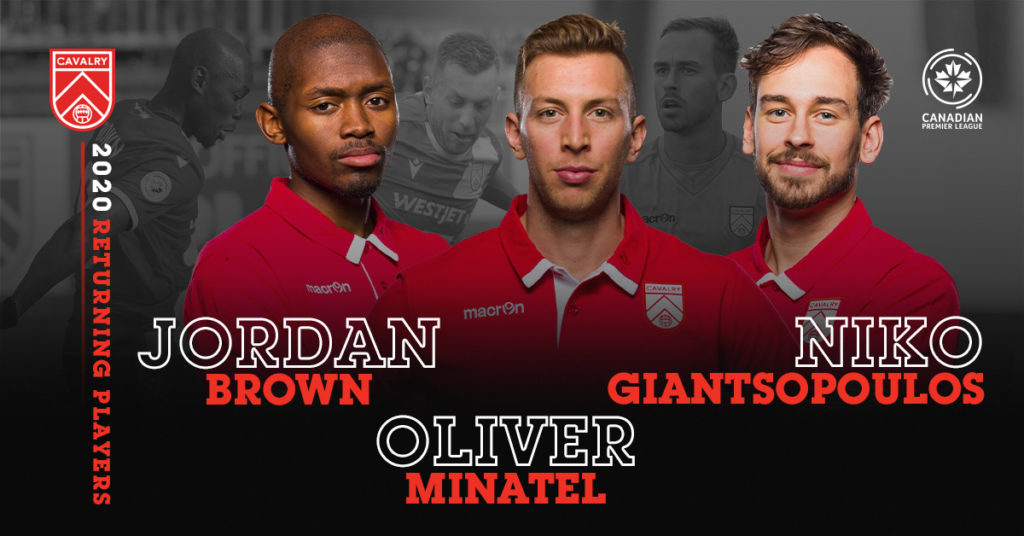 “Oliver was an unsung hero for us last year as he scored 7 valuable goals from an attacking midfield position. He was dubbed “The Brazilian Ghost” for a reason as he has this great knack of arriving in the box at the right place at the right time. On top of all that he is a great character and excellent professional, something our younger players are learning off of”. – Tommy Wheeldon Jr. (Head Coach & General Manager, Cavalry FC)

Cavalry also locked up a crucial part of the team’s depth by welcoming back twenty five year old goalkeeper Niko Giantsopoulos (CAN) for the 2020 season.  Giantsopoulos proved to be a valuable asset to the team. Despite limited starts, the Markham, Ontario native made the most of his minutes, collecting four clean sheets on the year.

“Niko showed that he is more than willing to wear the #1 shirt in the games he played for us. We believe that he can continue to compete and push Marco for the coveted goalkeeper starting spot next year.  Aside from his ability, Niko is an exceptional locker room guy too and contributes greatly to our culture”. – Tommy Wheeldon Jr. (Head Coach & General Manager, Cavalry FC)