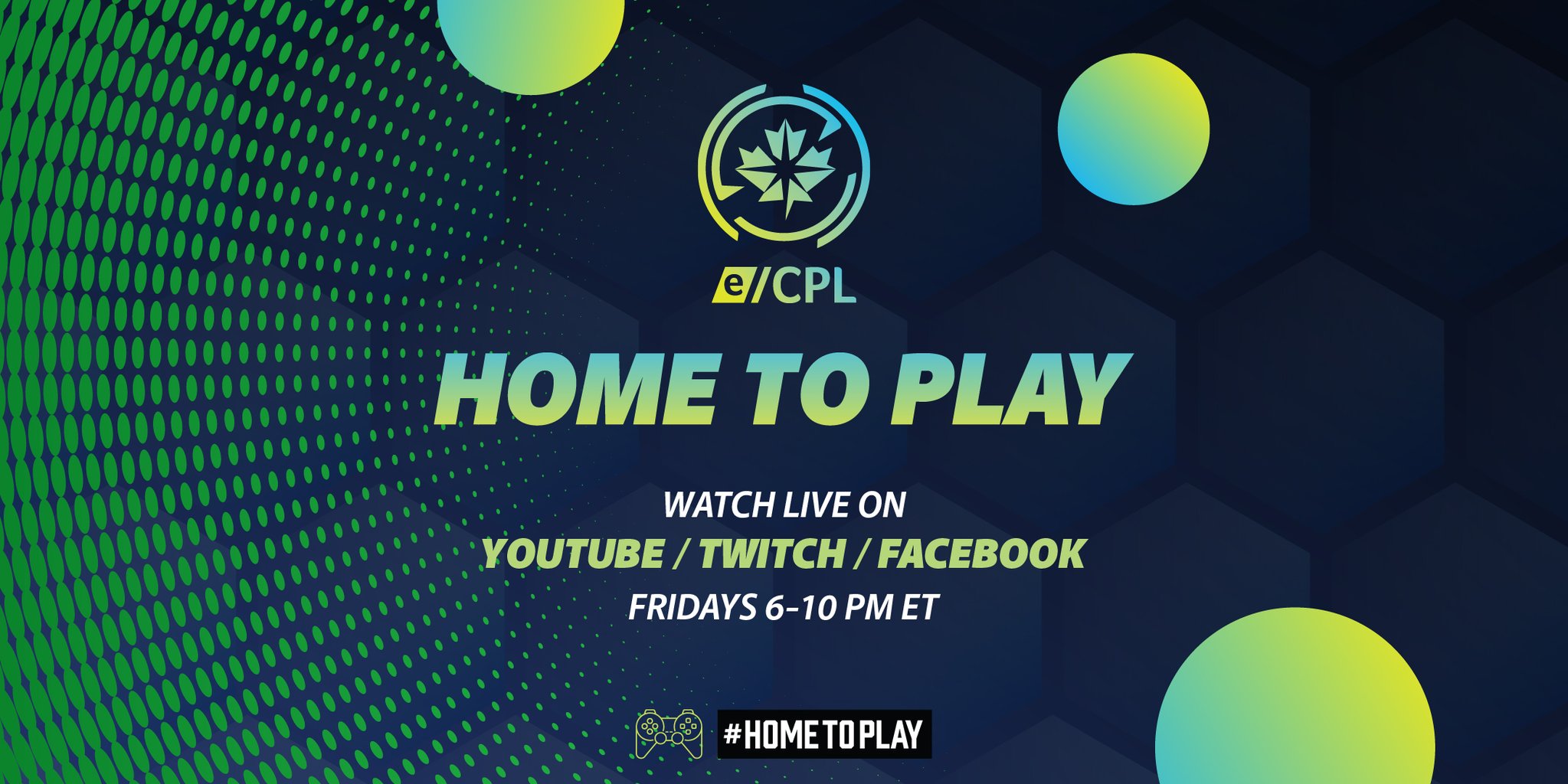 Toronto, ON (March 31, 2020) – Today, the Canadian Premier League announces the launch of eCPL Home To Play, a free weekly show for fans of the CPL and the FIFA 20 video game to enjoy watching top players compete live.

Eight CPL players and eight of Canada’s best FIFA gamers will come together to hang out, have some weekly conversation and play FIFA 20 starting on Friday, April 3rd at 6pm ET.

Fans will be able to tune in to see CPL players compete on the CPL’s Twitch, YouTube and Facebook channels.

For more information on eCPL Home To Play, CLICK HERE

eCPL Home to Play FIFA 20 Tournament is a four-week battle between CPL players and FIFA gamers, with each CPL club having two representatives. Winners of each week (plus a wildcard) will head on to compete in the HOME TO PLAY finals on April 24th.

As a way to connect with the CPL and FIFA esports community in the midst of both seasons being on pause, the eCPL Home to Play FIFA Tournament aims to connect fans with players in a coast-to-coast hangout every Friday night on Twitch, YouTube and Facebook

For the next four weeks, #CanPL players and Canada's best gamers will hangout to play FIFA 20

The action kicks off this Friday at 6 PM. Details: https://t.co/lAnKljjygx pic.twitter.com/uebpug9hkI