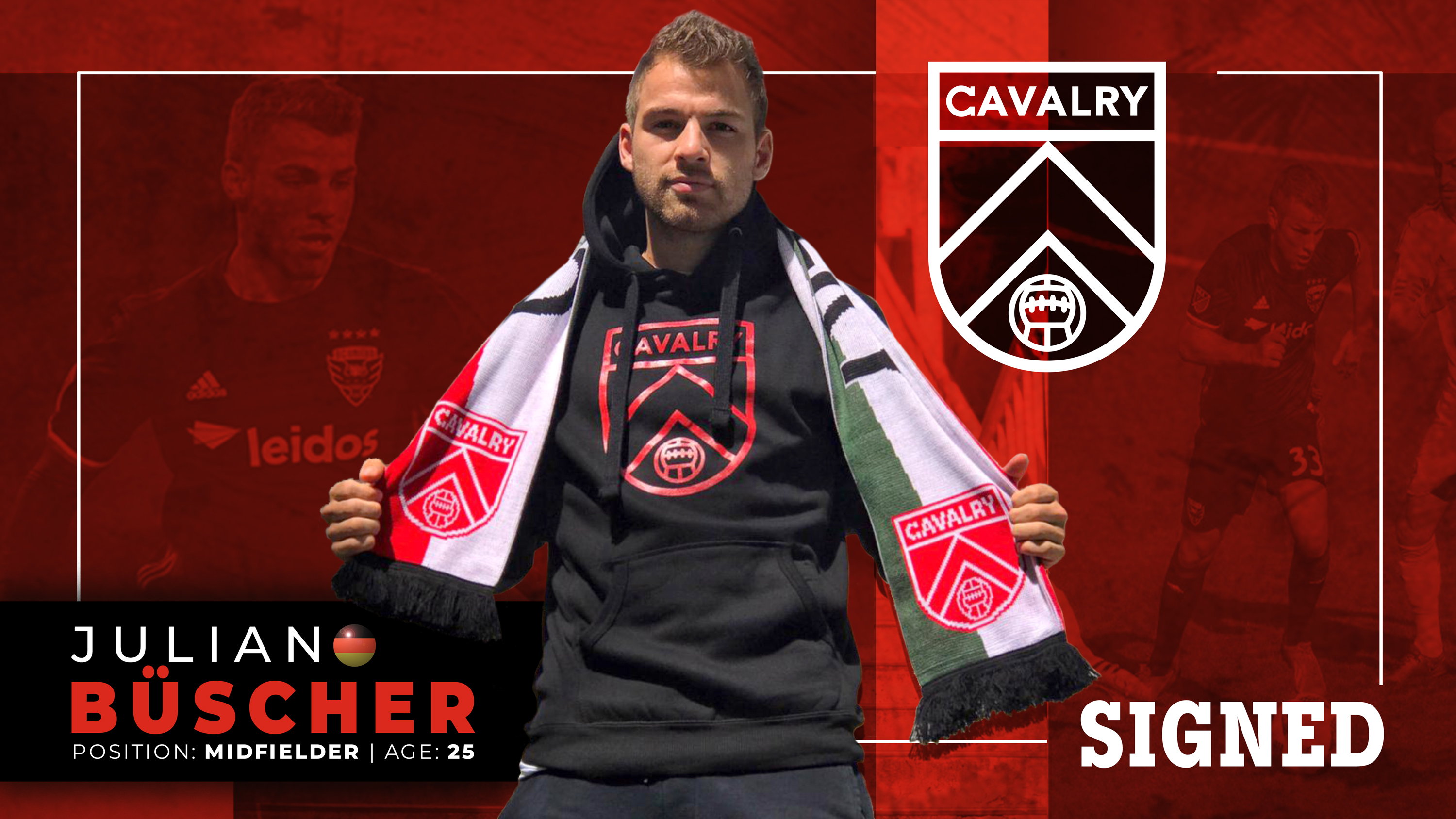 Calgary, AB (February 13, 2019) – Cavalry FC is excited to announce the signing of German footballer Julian Büscher (GER) to the 2019 roster.

Julian Büscher is no stranger to North American Soccer having played in the National Collegiate Athletic Association (NCAA) and professionally in the Major League Soccer (MLS) and the United Soccer League (USL). Prior to coming to North America, Büscher was a team member of the German National U16 and U18 teams and named top midfielder for his U19 team German Bundesliga in 2011-12.

Büscher played for the Syracuse Orange NCAA Division 1 men’s soccer team during his time at Syracuse University. In 2016 Büscher was selected 11th overall in the MLS SuperDraft by DC United where he played two seasons including in a Confederation of North, Central American and Caribbean Association Football (CONCACAF) Champions League quarterfinal match.

Before signing with Cavalry FC, Büscher was the Captain of La Galaxy II in the USL.

“Julian’s signing is a coup for us. He’s a former German youth international who’s had great experience this side of the water in the MLS. He’s the type of central midfielder that has a great engine to get around the pitch, is tactically astute and likes to get on the ball and break lines with his passes and forward runs.” – Tommy Wheeldon Jr., Head Coach & General Manager, Cavalry FC

“It’s definitely something special to be a part of something new and powerful, and therefore very exciting.” – Julian Büscher on signing with Cavalry FC.