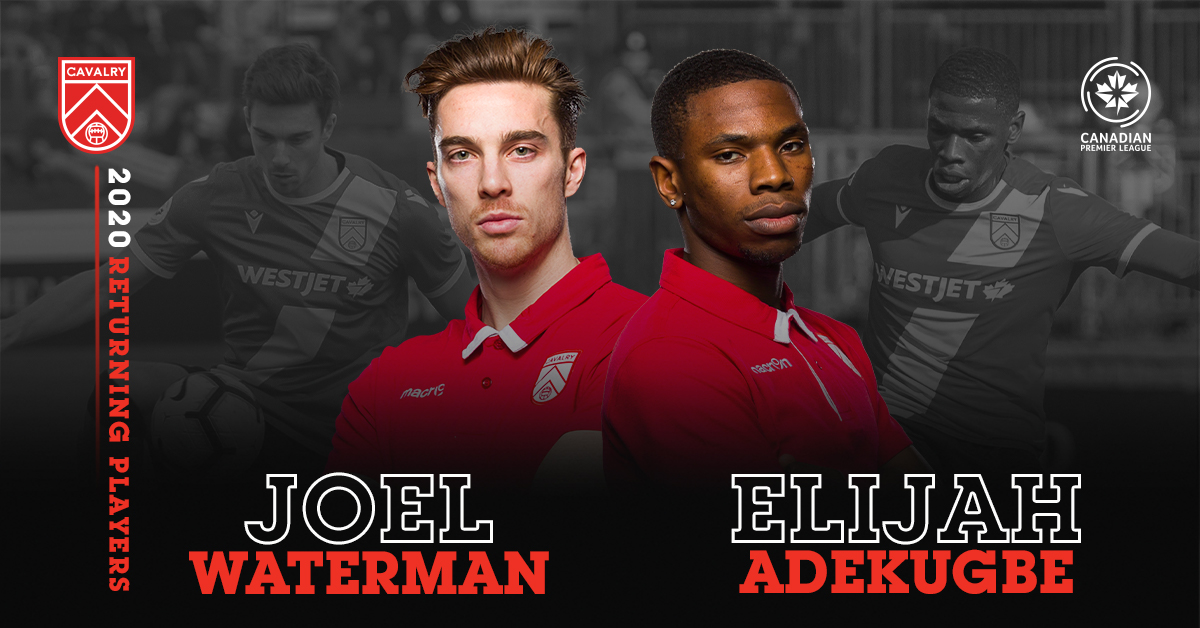 Calgary, AB (December 19, 2019) – Vice Captain Elijah Adekugbe (CAN) and midfielder Joel Waterman (CAN) are set to return to the Cavalry FC roster for 2020. The duo brings great chemistry to the team having both played together in U SPORT for Trinity Western and in the USL’s PDL league with Calgary Foothills FC where they were 2018 National Champions.

Elijah Adekugbe originally signed with Cavalry FC late in 2018 having come off a Championship win with Foothills FC PDL (now USL) men’s team. Adekugbe played over 1900 minutes with Cavalry FC in the inaugural season with one goal and four assists over 24 appearances (between Canadian Premier League and Canadian Championship Games).

“Elijah is an important component for our team and played some significant minutes in what was his first professional season. A very composed and technical midfielder that always wants the ball, he is also an exceptional young leader that is integral to the connection of our team. As a player that’s grown up in Calgary, he represents our club with great pride as you can see with what he gives on and off the pitch”. – Tommy Wheeldon Jr. (Head Coach & General Manager) 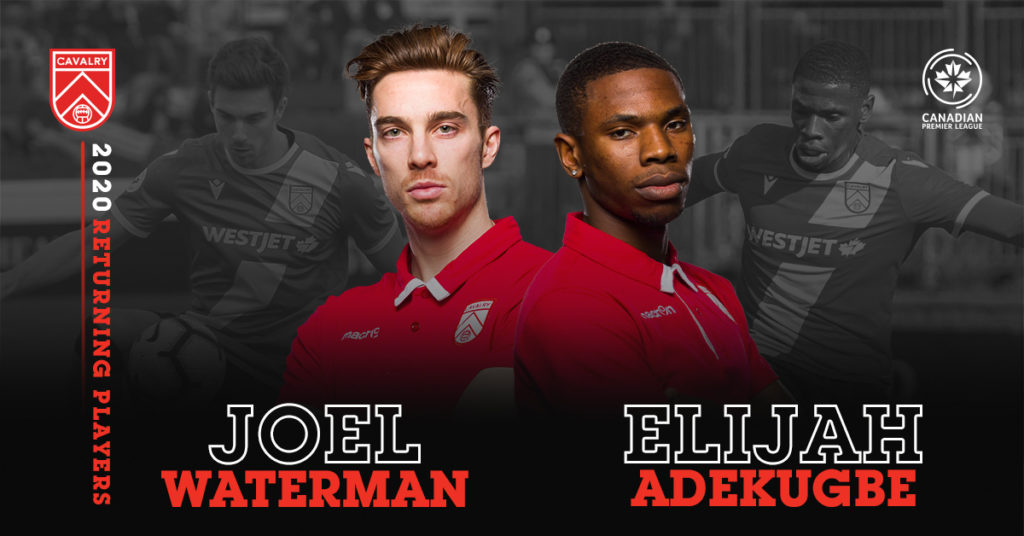 Defender Joel Waterman was one of Cavalry FC’s 2018 CPL-U SPORT draft picks. In 2019 Waterman played 1900 minutes with Cavalry FC with one goal and three assists over 25 appearances (between Canadian Premier League and Canadian Championship Games).

“Joel brings a great versatility to our side in that he is able to play as a centre back in a back 4, defensive midfield or anywhere across a back 3. As a team that likes to be tactically versatile and technically assured, Joel fits that profile and is an valuable asset for our club. We are looking forward to what his second year will bring as feel he has a great deal more to show.” – Tommy Wheeldon Jr. (Head Coach & General Manager)