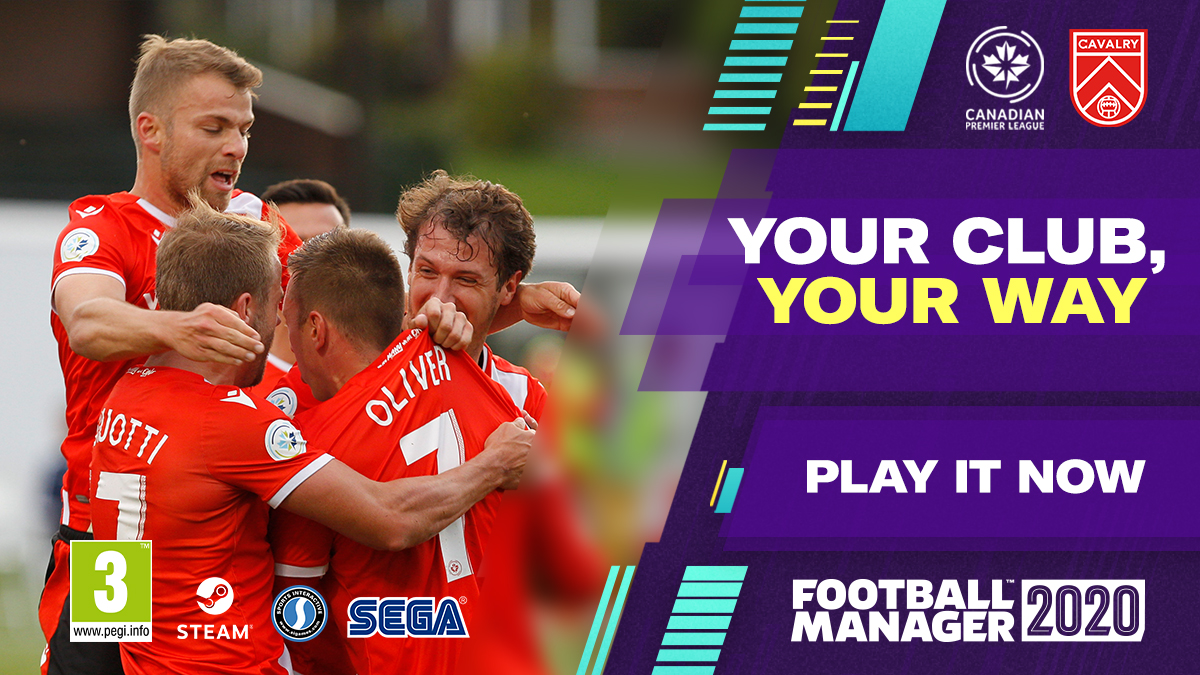 Toronto, ON – December 23rd 2019 – Now fans across Canada (and the world) have something to do over the holiday break with the release of the Canadian Premier League as free downloadable content (DLC) for Football Manager 2020, the latest title in the long-running series from Sports Interactive™ and SEGA® Europe Ltd. From today, players can start managing their favourite CPL club with the Canadian Premier League as an officially licensed league within the game.

Football Manager is the world’s best-selling football management simulation with millions of fans around the globe and is the closest thing to taking charge of a team for real. The DLC will give fans and players the opportunity to manage all seven Canadian Premier League Clubs, create tactics, sign players all with the goal of winning the Canadian Premier League Championship.

Football Manager allows users to take over a football team and make it completely their own as they strive to bring long-term success to their club.

To learn more about the DLC and how to access it, read here.

About Canadian Premier League
Canadian Premier League (CPL) is a Canadian professional men’s soccer league that debuted on April 27, 2019. Playing in world-class and unique venues, and partnering with strong community-led ownership groups, the CPL is a league for Canadians by Canadians that will bring professional soccer to communities coast-to-coast. For updates and more information, please go to CanPL.ca.

Football Manager is the most realistic, in-depth and immersive football management simulation in the world. Putting you in the hot seat of any club in more than 50 countries across the world, Football Manager allows you to make all the decisions a real manager has to make: you’re in total control of signings, tactics, team talks, substitutions and pitch-side instructions as you follow the action live with the acclaimed 3D match engine. Full feature information on all the games in the Football Manager family can be found on the Football Manager website.