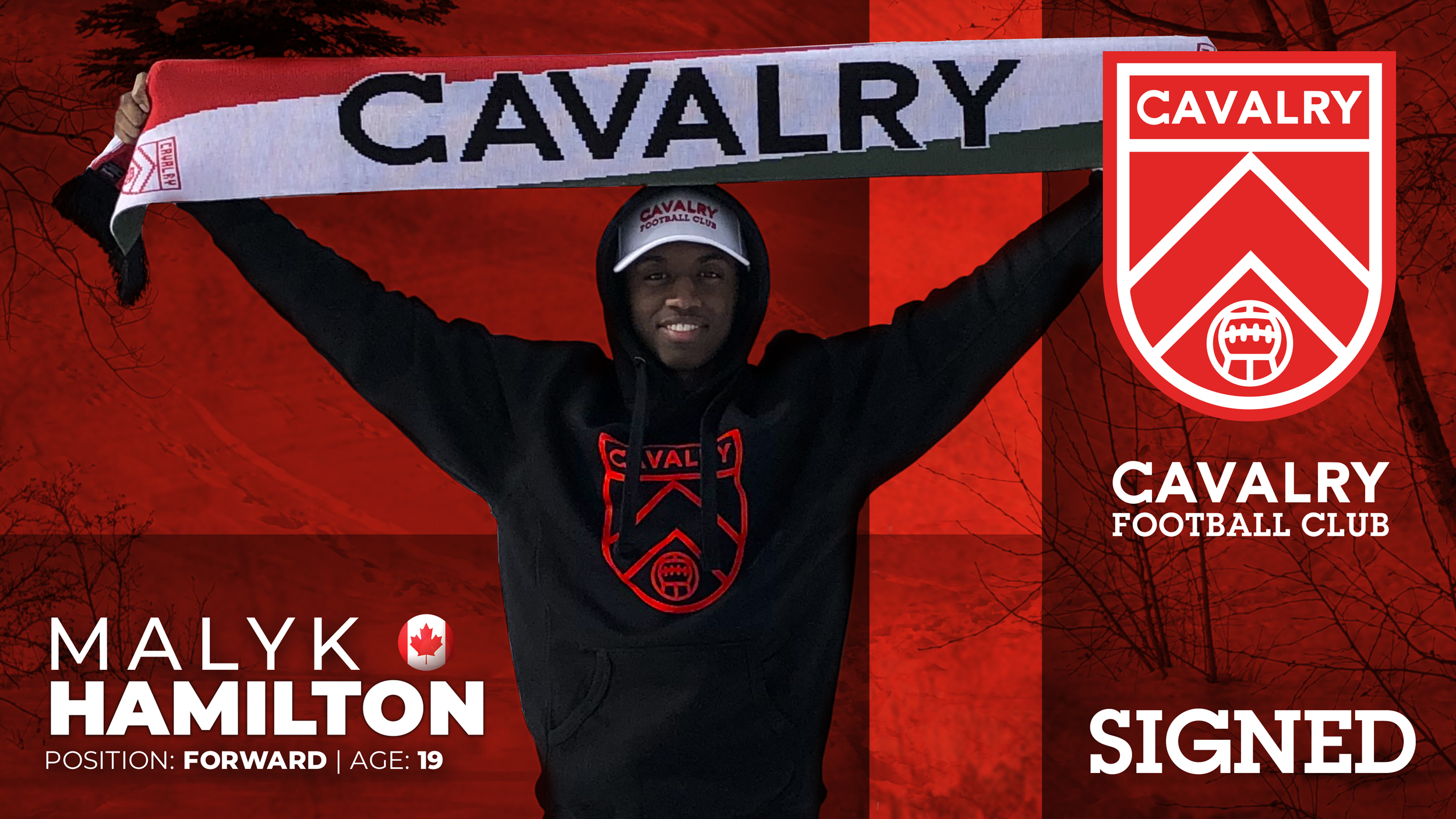 Malyk Hamilton was born in Calgary and developed the early stages of his game at local youth clubs; South West United and Calgary Foothills.  At the age of 13 years old, Hamilton moved to London, England and joined West Ham United Academy in order to pursue his dream of playing professional soccer

He spent 8 years in London playing for West Ham United’s Academy, before moving back to Canada and signing for Toronto FC II in March 2018.  During his time in England, Hamilton also represented Canada internationally on the youth stage and is seen as one of the country’s exciting up and coming players

Cavalry FC is delighted to capture the signature of young Hamilton who becomes one of the club’s first players to meet the U21 domestic player requirements.  Under the Canadian Premier League (CPL) operating rules, each team are required to have a maximum of 23 players on the roster, of which a minimum of 3 must be under 21 years of age (Jan 1st 1998 or younger).  The significance of this league rule is to continue to develop young Canadians and the U21’s are required to play a minimum of 1,000 combined minutes in regular league play.

“The CPL was built for players like Malyk, Canadians who have talent and a hunger to play professionally but just need the right platform to express themselves on.  Supporters will be impressed with his exciting speed, creativity and no fear approach to the game, especially as he is one of their own local players returning home to play for the City.  What’s even more exciting is that he has so much potential to be an incredible player if he continues to put the work in.”– Tommy Wheeldon Jr., Head Coach & General Manager, Cavalry FC

“It’s (Hamilton’s career) been full of ups and downs; however, I’m delighted to be home to not just live but to play my trade for my hometown. This is the place that I began learning to play the beautiful game and It’s an honour to come back to represent my hometown in the inaugural season for Cavalry FC!” – Malyk Hamilton on coming back to Calgary and signing with Cavalry FC.