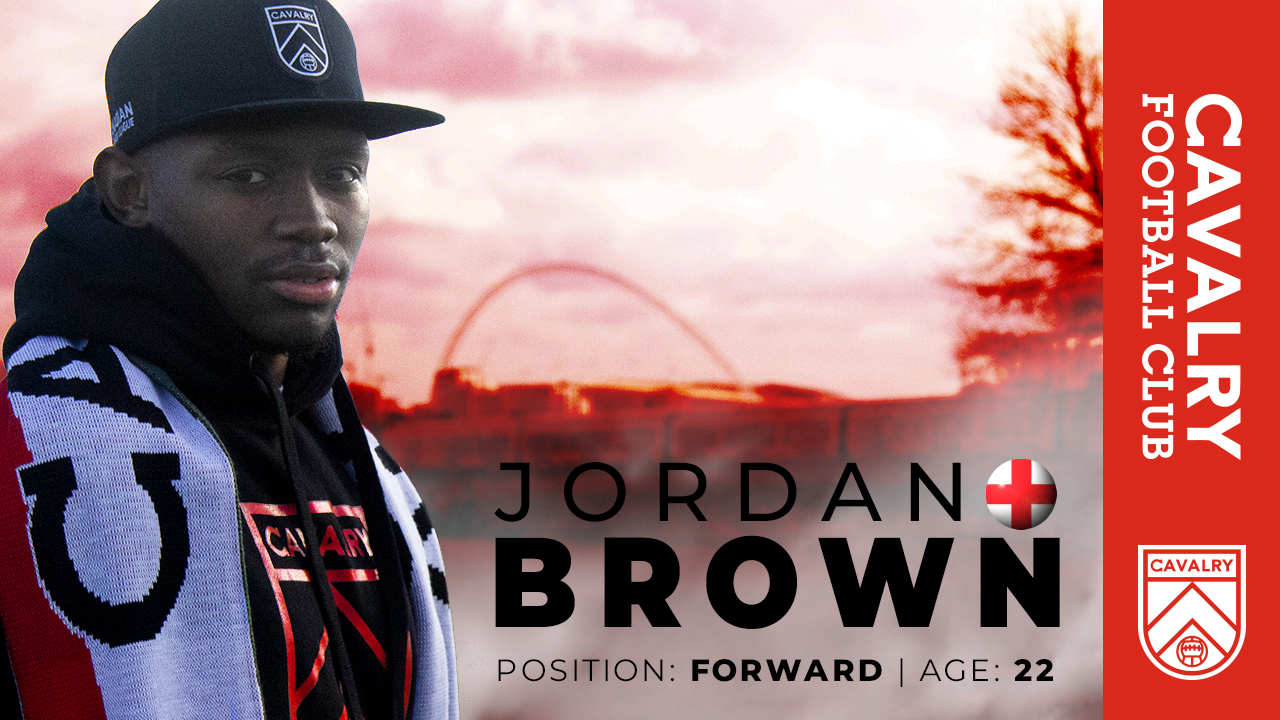 Jordan Brown is a young English striker who came up through the Arsenal Youth Academy and has been playing professional football in Europe since 2015.

In order to give himself a better chance of excelling his career, Brown moved across London to play for West Ham United making his first team debut in the Europa League VS FC Astra Giurgiu. Following his stint with West Ham United, Brown relocated to play for the historic German Hannover 96 in Hannover, Germany. Most recently, Brown has been playing for the 2nd division of Czech football team SC Znojmo FK.

“I have really been lucky to be involved in some Historic organizations, football teams and to play alongside some great players” stated Brown. “I’m delighted to join such an ambitious organization (Cavalry FC) as well as a new league (Canadian Premier League) that are striving to be great.”

Cavalry FC’s head coach and general manager, Tommy Wheeldon Jr. had this to say on Brown. “Jordan is a really exciting player for our club and the Canadian Premier League.  He’s had an excellent development path at some respected European clubs. As a young player in England’s U17 team, he was highly touted as one to watch for the future and we still believe that.  He’s the type of centre forward we’ve been looking for, a different maker that’s young, pacy and clinical with his finishing”.

Brown is expected to arrive in Calgary February 2019 to begin training pending the expected approval of appropriate visas/work permits.