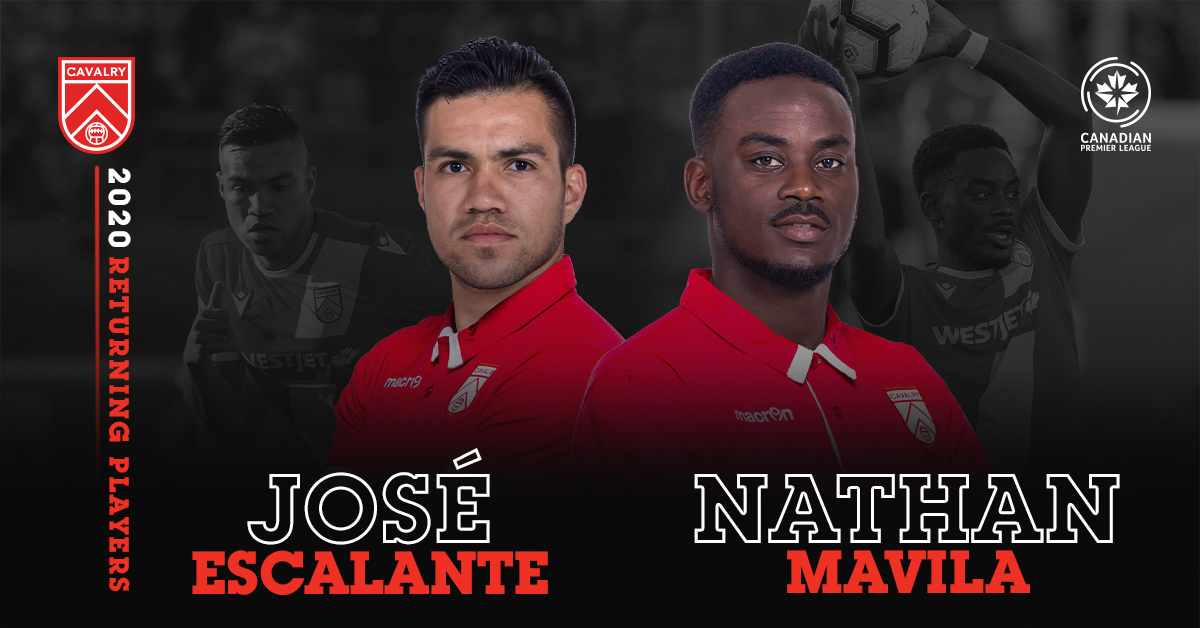 The 24 year-old, left-footed defender, Nathan Mavila, returns to Cavalry FC in 2020. Mavila’s first appearance with the team was on May 8, 2019 (vs Valour FC) where his strong showing led to over 2500 minutes of play in 32 appearances in Canadian Premier League and Canadian Championship Games.

“Nathan was arguably one of the best 1v1 defenders in the league last season in my opinion and I feel he has even more to offer in 2020 on the offensive side of his game too.  He has great pace, a very good left foot and a high level of intensity both in training and games. This adds another key element to our team” – Tommy Wheeldon Jr. (Head Coach & General Manager).

Honduran player, José Escalante, adapted well to the Canadian climate during his 2019 season with Cavalry FC. The typically left-winger played over 2000 minutes with seven assists and four goals between Canadian Premier League and Canadian Championship Games during the inaugural season.

“Jose is a great returning player for us after creating many exciting moments in the 2019 season. The more he learned about our playing philosophy, the more he began to contribute to our team’s output on both side’s of the ball.  He became somewhat of a cult hero across the league and I’m positive there is more to come from Jose Escalante in 2020” – Tommy Wheeldon Jr. (Head Coach & General Manager).

Escalante and Mavila are expected to arrive in Calgary March 2020 to begin training pending the expected approval of appropriate visas/work permits.