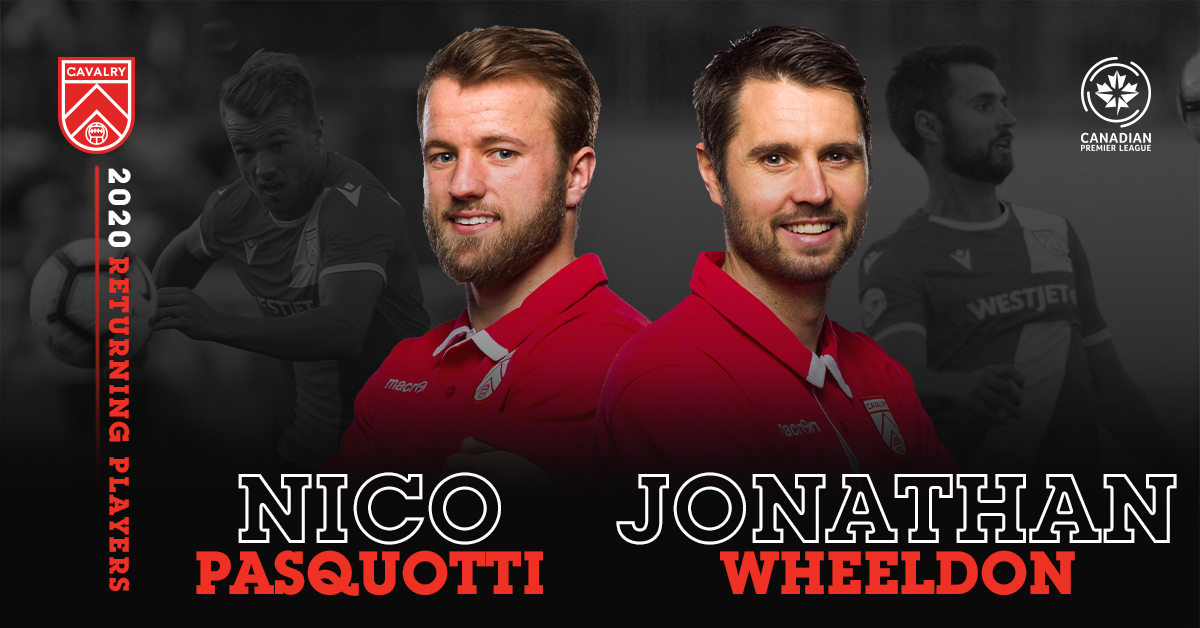 Calgary, AB (January 29, 2020) – Cavalry FC announces the return of fan favourites Nico Pasquotti (CAN) and Jonathan “Jay” Wheeldon (CAN) to the roster for 2020.

Nico Pasquotti signed his first professional contract with Cavalry FC in 2019 after playing 3 years for Calgary Foothills FC PDL team (now USL2) and in both League Championships (2016 & 2018). The Lethbridge native stood out in the inaugural season playing over 2600 minutes with seven assists and five goals between Canadian Premier League and Canadian Championship Games.

“We are excited to have Nico back for another year. He brings with him such great game effect and pride in our colours.  Nico is the type that like many of us, feel we have some unfinished business to tend to in 2020 and the work he is putting in in the off-season will show in his performances on the field”. – Tommy Wheeldon Jr. (Head Coach & General Manager).

Jay Wheeldon returns to the Cavalry FC roster for the 2020 season. Wheeldon played for Calgary Foothills FC PDL team (now USL2) in 2018 prior to signing with Cavalry FC early 2019. In the inaugural season the defender played over 1800 minutes between Canadian Premier League (CPL) and Canadian Championship Games. In the 1400+ minutes Wheeldon played in regular season games, he was undefeated, proving to be a valuable rock at the heart of our defence.

“Jay is a valuable part of our squad and our team statistics emphasize that when he’s in the starting XI. He has such an incredible competitive edge, quality passing range and organizes the team brilliantly around him.” – Tommy Wheeldon Jr. (Head Coach & General Manager).