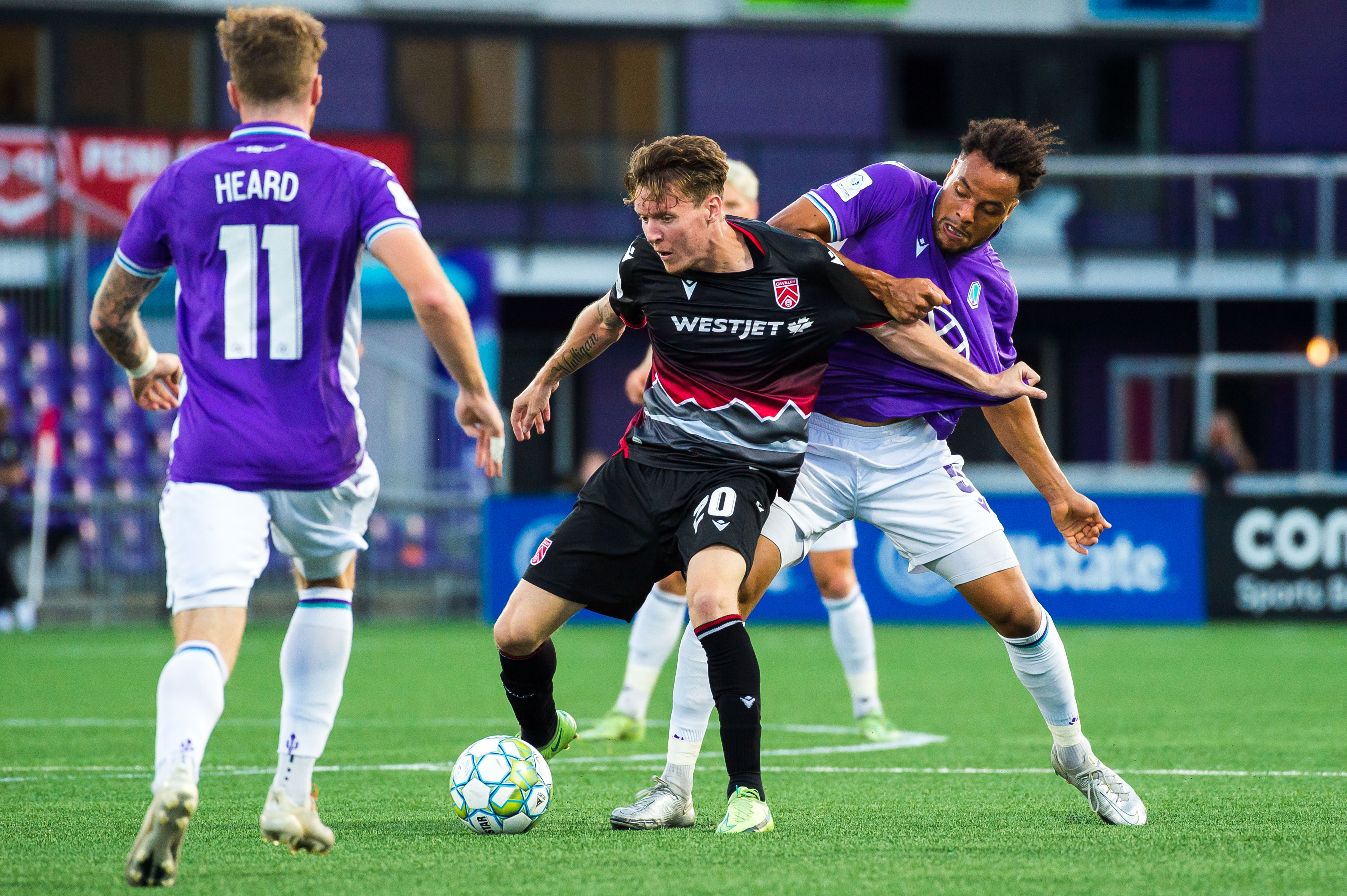 Fans are in for some thrilling mid-week action in the Canadian Premier League as Cavalry FC host Pacific FC on Thursday evening.

With the playoffs looming, three crucial points are up for grabs as first and second in the table battle it out at ATCO Field. Whoever comes out on top will be guaranteed a spot in the playoffs. A draw, however, does little for either team.

The hosts will be hoping to find their scoring touch after a 0-0 draw with HFX Wanderers earlier this week. Cavalry had 14 shots with six on target throughout the match. Coach Tommy Wheeldon Jr.’s side are currently unbeaten in five matches and can leapfrog Pacific into first place with a win.

The visitors, meanwhile, enter Thursday’s match after bouncing back from two consecutive losses with a 3-2 win over Valour FC. Coach Pa-Modou Kah’s side currently holds a one-point lead over their upcoming opponents. Despite their recent struggles, continuing their late-season push for the playoffs remains their priority.

The all-time series between these two sides within the CPL is currently split down the middle leaving bragging rights also up for grabs. Additionally, Cavalry and Pacific previously faced off in the Canadian Championship quarterfinals back in September with the Tridents coming out on top 1-0.

Historically speaking, matches between Cavalry FC and Pacific FC are exciting contests. Besides one 0-0 draw in August, their last four meetings in the CPL have at least two goals. Cavalry’s Joe Mason (5) plus Pacific FC’s Alejandro Diaz and Terran Campbell (nine each) are the top scorers in this fixture for their respective sides.

After this upcoming match, Kah and Wheeldon face off once more in the regular season on November 7. As such, both matches are two of Cavalry’s final three regular-season home games while they remain as the final two road matches for Pacific.

“We’re looking at this seven-point week if we take the three points against Pacific who I said, they’ve had a terrific [season]. For me, the league table never lies. They are at the top of it, they are the best team right now and it’s up to us to take over that mantle and that happens tomorrow night.” — Cavalry FC head coach Tommy Wheeldon Jr.

“It’s been a month where we haven’t seen each other so it’s like a little bit of a reunion coming together. But definitely, it’s a game which will be a huge factor for the standings of the league. I know that they’re going to come in firing … We are going to expect the squad is going to come in on full power so we also have to be ready, and we are ready for that, and we also have to go out and attack the game.” — Pacific FC head coach Pa-Modou Kah