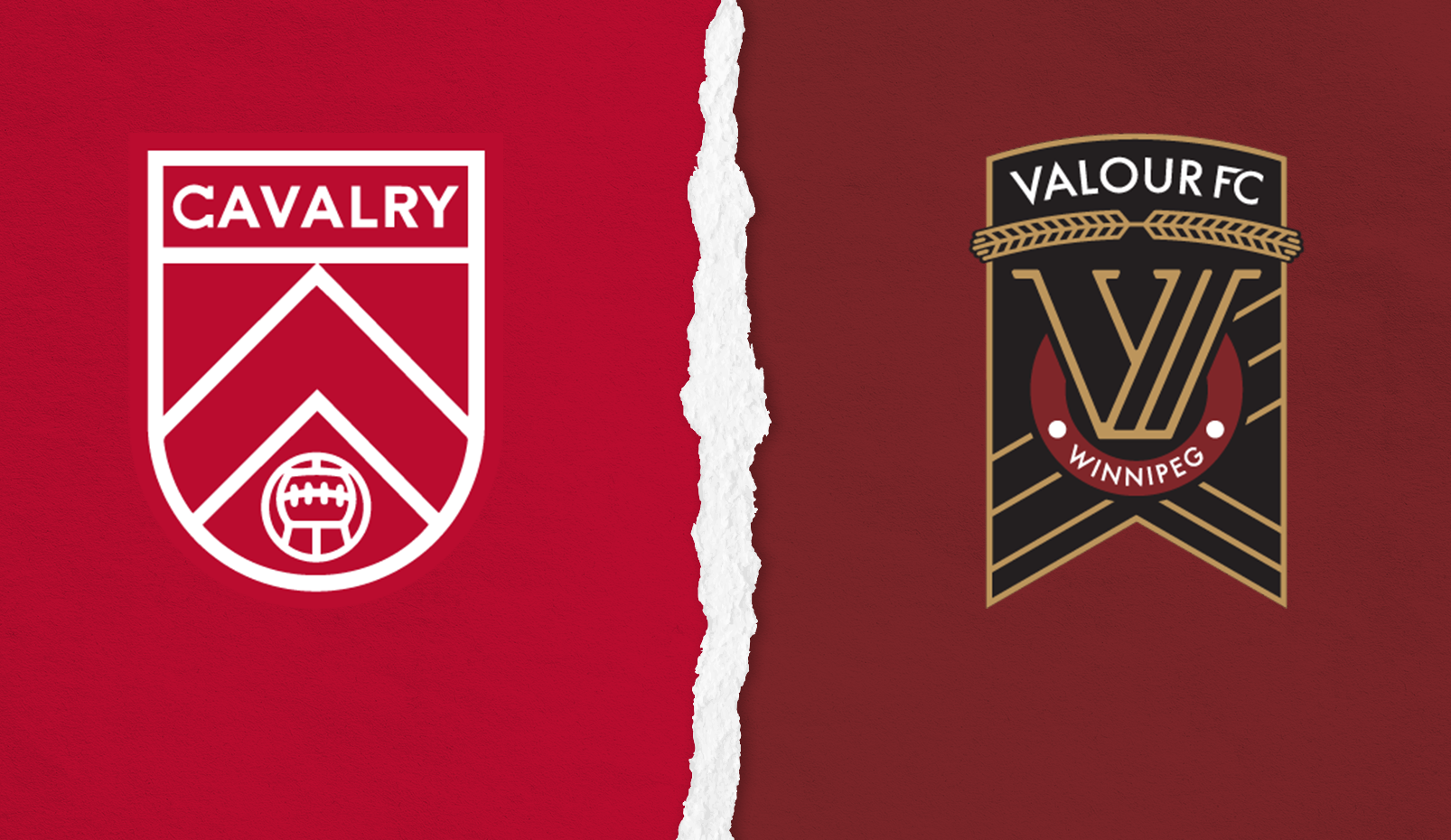 This weekend’s Canadian Premier League schedule closes at Spruce Meadows on Sunday, as Cavalry FC host Valour FC in the ComeOn! Match of the Week.

It’s a match with major implications, as Cavalry would clinch a playoff spot for the fourth consecutive season with a win or draw, while Valour would be eliminated if they fail to pick up all three points on the road. Valour would be eliminated as a result of Pacific FC beating FC Edmonton on Friday — a Valour loss or draw would mean that The Tridents lock up a spot in the postseason as well, and have a chance at retaining the North Star Shield.

This will be the fourth and final regular season meeting between the two sides this season, and easily the most important for Valour. Cavalry won the first two matches, starting with a 2-1 thriller in Calgary in which Stefan Cebara tied things up at 1-1 for Valour in the 89th minute, moments after Myer Bevan gave Cavalry the late lead. It wouldn’t remain tied for very long though as Elijah Adekugbe scored a 92nd minute winner to win back all three points for the home side late on.

Cavalry then went to IG Field in the middle of June, and came away with a 4-2 win. Cebara again scored in that match, although unfortunately into his own goal, giving the visitors an early advantage. Sergio Camargo and Mason Trafford scored on either side of a goal from Valour’s Walter Ponce, before the red-hot (and since-departed) Aribim Pepple made it 4-1 for Cavalry. Matteo de Brienne pulled one back for his side in stoppage time but it was too little too late.

In early August, however, Valour picked up just their second-ever victory over Cavalry. Moses Dyer scored twice in a calamitous defensive performance from Cavalry, taking advantage of two mistakes at the back to lift his side to a massive victory in the middle of what would be their best stretch of the season.

Both sides are coming off losses in their most recent matches, with both of them only scoring from the penalty spot.

After chasing down Pacific FC and getting themselves into the top four, Valour FC have since picked up one of a possible nine points, as the once-surging club has stalled. They lost to HFX Wanderers before a draw with Atletico Ottawa, and most recently losing 3-1 to York United after leading 1-0 early in the match through a Stefan Cebara spot kick.

Sunday’s hosts on the other hand lost at Spruce Meadows last Saturday, a 3-1 defeat at the hands of Ottawa. Jose Escalante scored late to spark some life into Cavalry, but a wondergoal from Ballou Tabla and tallies from Brian Wright and Malcolm Shaw were enough for the visitors to return to the capital with all three points.

Cavs midfielder Charlie Trafford will miss this match through suspension after accumulating eight yellow cards on the season, while Cavalry are also going to be without Camargo after dealing with a “setback” in his injury recovery according to Tommy Wheeldon Jr. Valour won’t have anyone suspended, but Dyer won’t be available as he too is dealing with an injury.

Make your match picks prior to kickoff at canpl.ca/predictor for a chance to win prizes, including the grand prize of a trip to the 2022 CPL Final! To learn more about ComeOn!, click here.