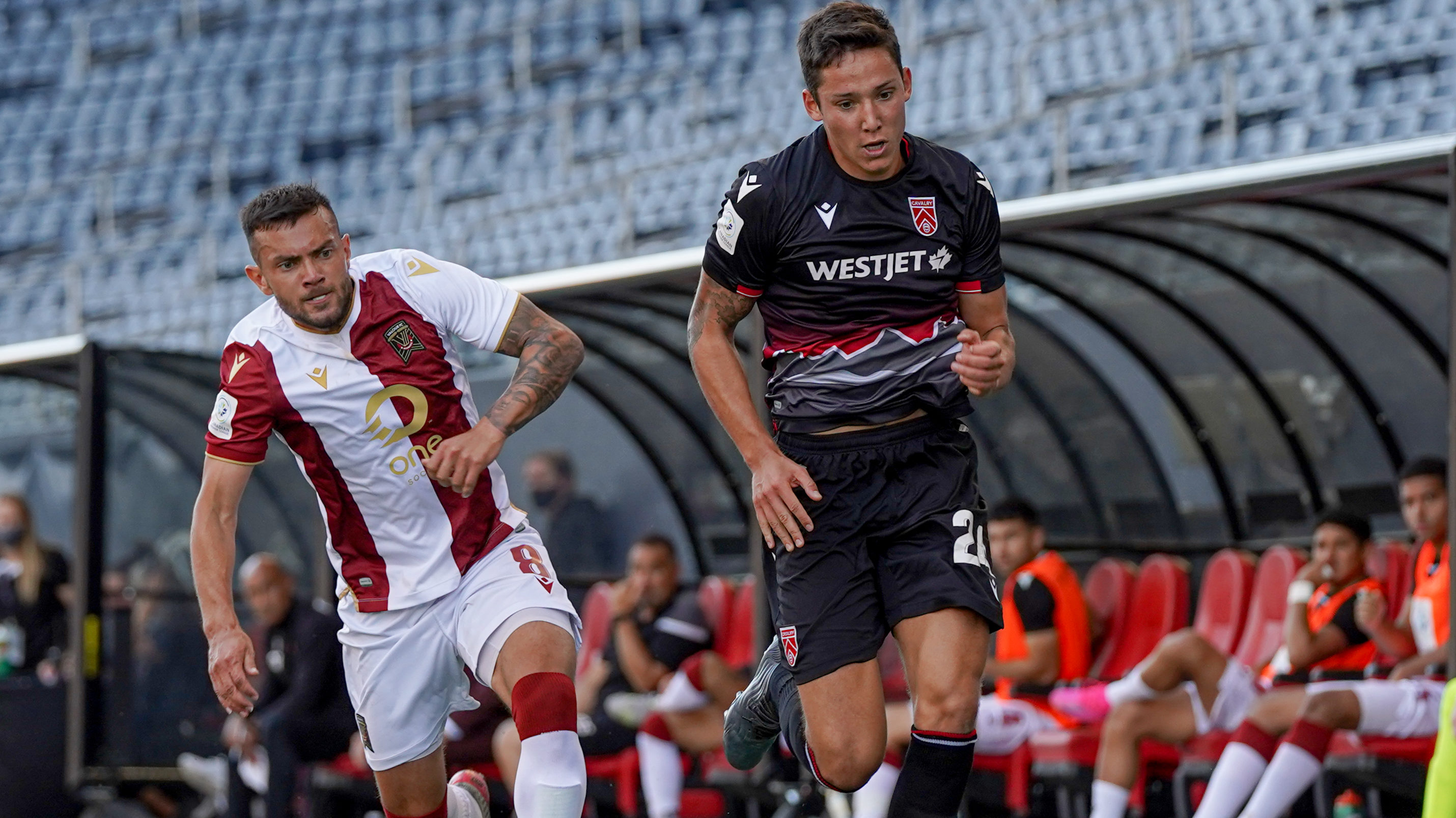 A matchup with some heated recent history will play out again on Tuesday night, as Cavalry FC make their final trip to IG Field in 2021 to take on Valour FC once again.

The Cavs enter this tilt to close out a seven-game road trip in CPL play, over which they’ve won three, drawn one, and lost two so far. On the season as a whole, Cavalry still sit second in the table with a 10-5-5 record and 35 points, which puts them one point ahead of Forge FC and four back of Pacific FC. Tommy Wheeldon Jr.’s side have been out of action since last Wednesday, when they made a successful trip to beat FC Edmonton away from home — although a squandered two-goal lead nearly proved costly until Daan Klomp’s late goal secured all three points.

“We obviously want to be that team (at home in the playoffs), but we also have to put everything into context, hence why I’ve used earlier about just being in the peloton,” Wheeldon said on Monday. “The good thing is, we get to play Pacific, we get to play Forge, we get to play York and Halifax, so everything for us, the schedule now looks favourable once we’ve finished this game against Valour so we’re actually quite excited and we’ve got a good squad that can have a go.”

Meanwhile, Valour are still adjusting to life under Phillip Dos Santos, who will be at the helm for his fourth game in charge of the Winnipeg club despite taking over just 12 days before Tuesday’s match. They’re still chasing their first win under the new manager, having lost the first two before picking up a point against FC Edmonton on Saturday. Dos Santos has seen his side improve in each game so far, but they’d like to start picking up three points especially with just three home games remaining.

Valour remain outside the playoff picture as it stands, currently sixth place with a 7-3-11 record. Their 24 points see them six behind York United for that valuable final playoff position; Valour aren’t out of it yet, but they need to pick up results quickly if they’re to turn it around.

“I think that progress is not on the pitch only; it’s important to see the progress on the pitch but it’s also important to see the progress that’s happening around the team and I feel that every day there’s growth,” Dos Santos said after their last match against the Eddies. “I go back to that first game we played with conceding so many chances to the opposition and so many shots… I think that we’re doing a better job keeping things tight, keeping things compact, eliminating distance between our lines, we’re dealing better with the space in behind.”

These sides have met three times already this year, with Cavalry winning two and settling for a 1-1 draw in the previous outing. Their matchups have been particularly intense — 23 yellow cards have been handed out over the three games, plus one red. The tackles have come in fast and heavy in each game, with some real animosity starting to build between these two clubs. With plenty left for each side to play for, don’t expect any different this time around.

“We have to come into the game on Tuesday with the same mentality and work the team in a way that in these moments, that are defining moments like the chances that we get one-on-one against a goalkeeper, we’re able to capitalize and win soccer matches like that.” — Valour FC head coach Phillip Dos Santos after Saturday’s game vs. FCE

“Every time there’s a change in coaching there might be a little spark that’s a little bit different, so we’ve got to be prepared for that.” — Cavalry FC head coach Tommy Wheeldon Jr.