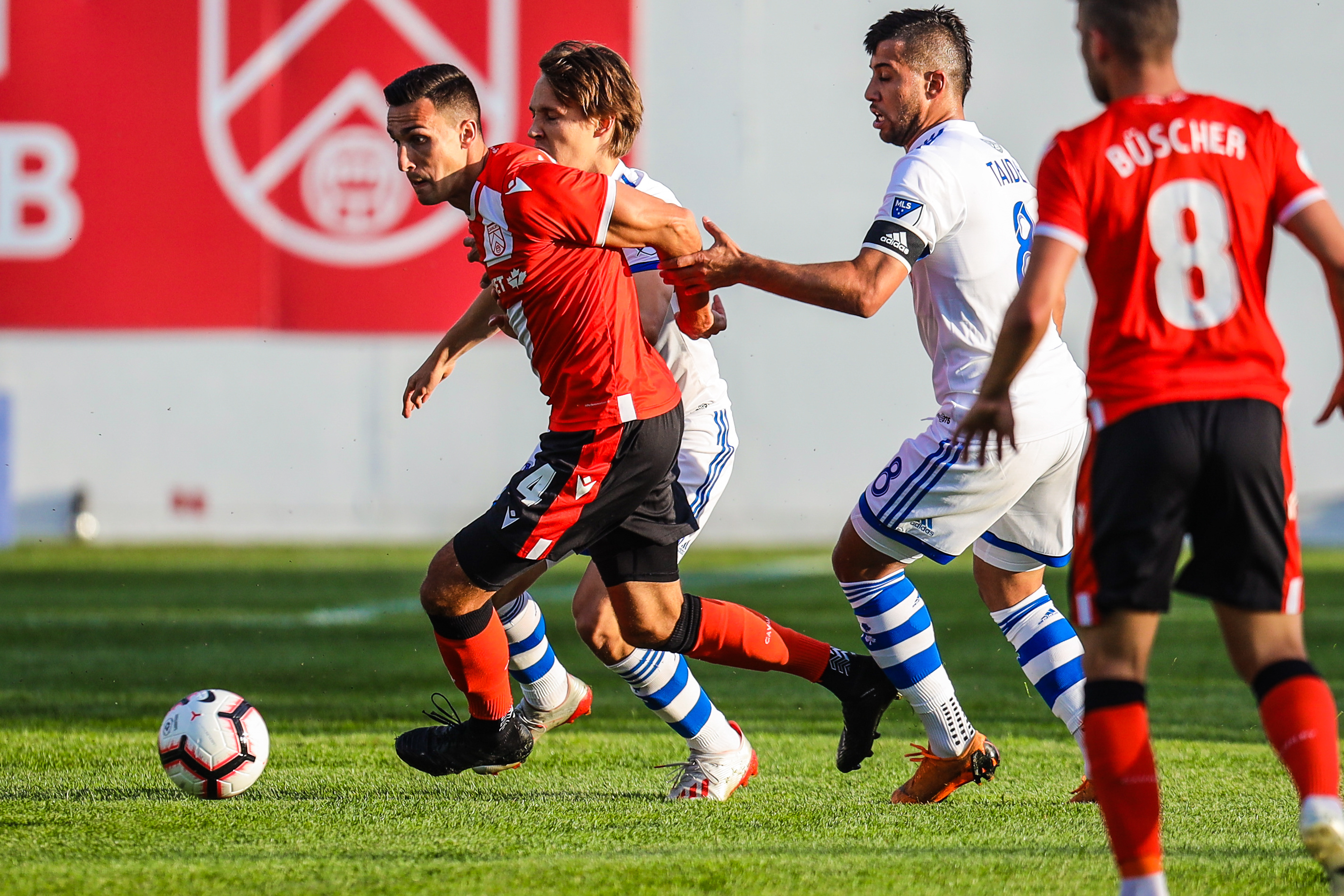 Cavalry FC’s historic first-year journey in the Canadian Championship came to an end on Wednesday when MLS side Montreal Impact took their Semi Final second leg 1-0, 3-1 on aggregate, at Spruce Meadows in Calgary.

The Impact grabbed an early lead in the decisive leg in the 13th minute when a Saphir Taïder corner found Anthony Jackson-Hamel at the top of the six-yard box. Jackson-Hammel outmuscled Mason Trafford to direct a header past Marco Carducci for an opening goal.

That put the Impact up 3-1 on aggregate and even on away goals.

Cavalry came on strong at the end of the first half as they searched for an opener of their own. Centreback Dominick Zator was particularly threatening, coming close to goal on several set pieces.

Chances were few and far between for Cavalry in the second half, mostly through set-pieces, as they searched for the first of the two goals needed to even the tie. Cavalry’s best chance came with the penultimate kick when a clear-cut save from Clement Diop guaranteed the Impact’s place in the CanChamp Final.

Unlucky to find a first-half goal, Cavalry’s set-piece weapon nearly scored against another MLS side after netting in the second leg of their previous tie with Vancouver Whitecaps. Zator was tidy defensively, too, slotting in at left fullback and making up a right-sided attacking group utilized often in build-up.

Standing in for the injured Ignatio Piatti, Urruti was the centre of the Impact’s offensive passing web. Playing Jackson-Hamel and other teammates through, the Argentine kept Cavalry’s backline honest.