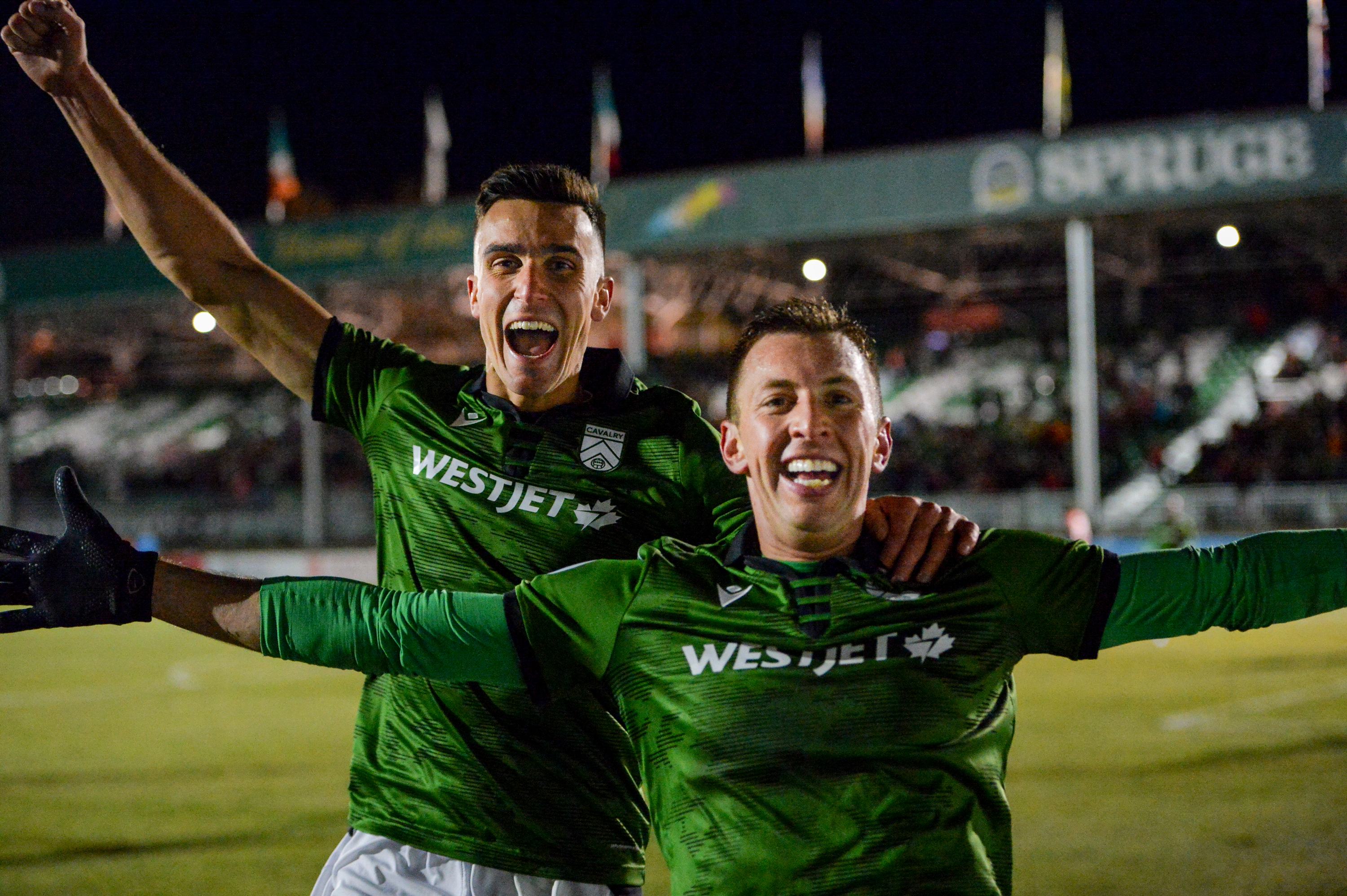 CALGARY — Cavalry FC earned a 4-1 victory over Valour FC with another dominant performance on a brisk evening at ATCO Field, Spruce Meadows … and, even if icy conditions were a bit unusual, the manner of Cavalry’s victory was not.

The Calgarian outfit put in another ’90 minutes of hell’ against a Valour team that stood its ground for 45 minutes, but couldn’t stave off wave after wave of set-piece frustrations, which ultimately compounded in yet another wide-margined defeat to this particular team.

For Cavalry head coach Tommy Wheeldon Jr., an all-wrapped-up Finals 2019 bout with Forge FC may loom in the near future, but, as demonstrated against Valour, there’s no putting the foot off the gas in this final month of regular season play.

“It’s like going into a big fight,” Wheeldon Jr. explained. “If you go into a big fight with terrible sparring, you’re not going to win that championship battle. So, we’ve got to go in there and be the best version of ourselves every single time we turn up.

“When everyone’s playing well, it gives us a hard decision to make. We’ve just got to keep a rhythm. I think rhythm takes you all the way into the championship final.”

Cavs forward Dominique Malonga broke the deadlock in Wednesday’s game with well taken goal in the 53rd minute. Marco Bustos equalized for the visitors in the 77th minute before Oliver Minatel, Malonga, again, and Julian Buscher scored for the hosts late on.

Wednesday night again saw Cavalry centre back Doinick Zator filling in at right back due to the absences of the injured Dean Northover and Chris Serban. And it was another fine performance from the Canadian defender, whose excellent through ball to Malonga kicked off the evening’s goal scoring.

Zator’s versatility is quickly becoming one of his key characteristics, according to coach Wheeldon Jr.

“Zats now is adding something great,” said Wheeldon Jr. “He’s stepping in to go forward. This is a guy that plays centre back as his primary role. I believe in the development of a footballer. And if you can play in multiple positions, we like our defenders to carry the ball.”

“As a 24-year-old defender … he’s got a bright future ahead of him,” said Wheeldon Jr. “As somebody who’s a local Calgary lad that was never part of any provincial or national team setup, he’s a great example for all the young players out there, to just keep playing.”

And Wheeldon Jr. believes that it will only get better for Canadian players playing in Canada and the Canadian Premier League.

“(Canadian national men’s team head coach) John Herdman’s doing the right thing,” said Wheeldon Jr. “We got Marco Carducci in there. Didic is in there. And now you’re seeing Zator’s name being linked.

“What it’s sending is a signal to the rest of the Canadians playing outside of Canada, this is where you play. If you want to play and be seen by the national team boss, then come back to the Canadian clubs. It’s a good message.”