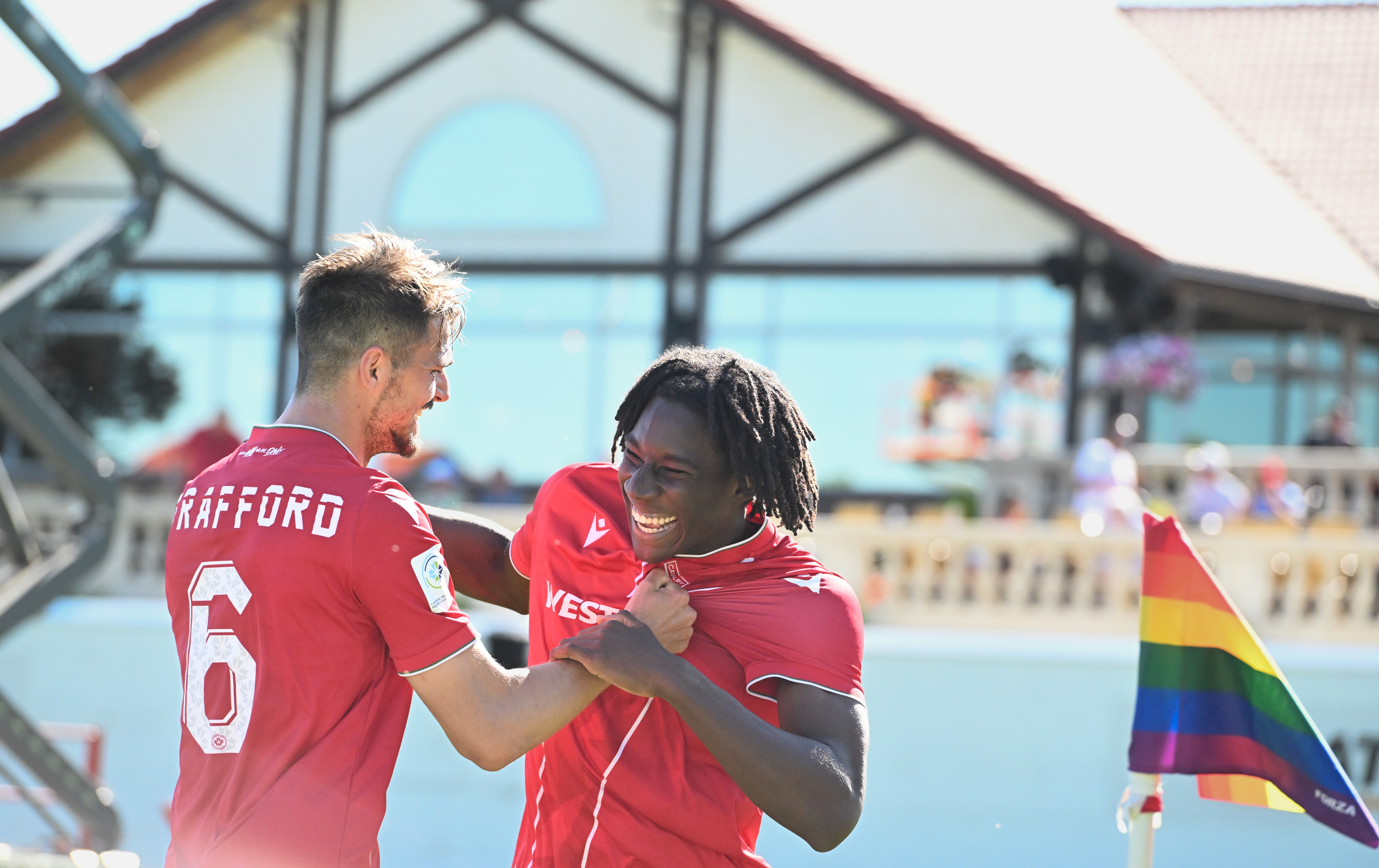 On a sunny Sunday evening in Calgary, league-leaders Cavalry FC played host to FC Edmonton in the latest edition of the Al Classico. Also the club’s Pride Night, it was a great night for celebration, leading to a great crowd, one of the best in the club’s history.

So in a sense, it was no surprise that this game delivered fireworks, one that ultimately finished with Cavalry nabbing a 3-1 win over Edmonton, remaining red-hot in CPL action, now undefeated in eight games with this latest result.

With two goals from Aribim Pepple, as well as an own goal, that was all the team needed to hold off a push from Edmonton that included a Gabriel Bitar worldie, allowing Cavalry to remain undefeated against Edmonton in their history.

Here are your sights and sounds from Cavalry FC versus FC Edmonton.

GOAL 🐎@CPLCavalryFC open the scoring in this #AlClassico clash vs. @FCEdmontonNow as Aribim Pepple cleans up a bouncing ball in the box #CanPL | 🔴 https://t.co/7JFAUhgjL6 pic.twitter.com/Ry9mJTsKOs

OWN GOAL 🐎🐎@CPLCavalryFC go up 2-0 just moments after opening the scoring vs. @FCEdmontonNow as Eddies defender Nyal Higgins taps the ball into his own net#CanPL | 🔴 https://t.co/7JFAUhgjL6 pic.twitter.com/vBlMDEY4ZM

GOAL 🐎🐎🐎@CPLCavalryFC restore their two-goal cushion as Aribim Pepple scores from the penalty spot to go 3-1 over @FCEdmontonNow#CanPL | 🔴 https://t.co/7JFAUhgjL6 pic.twitter.com/D4Pgxcymtd