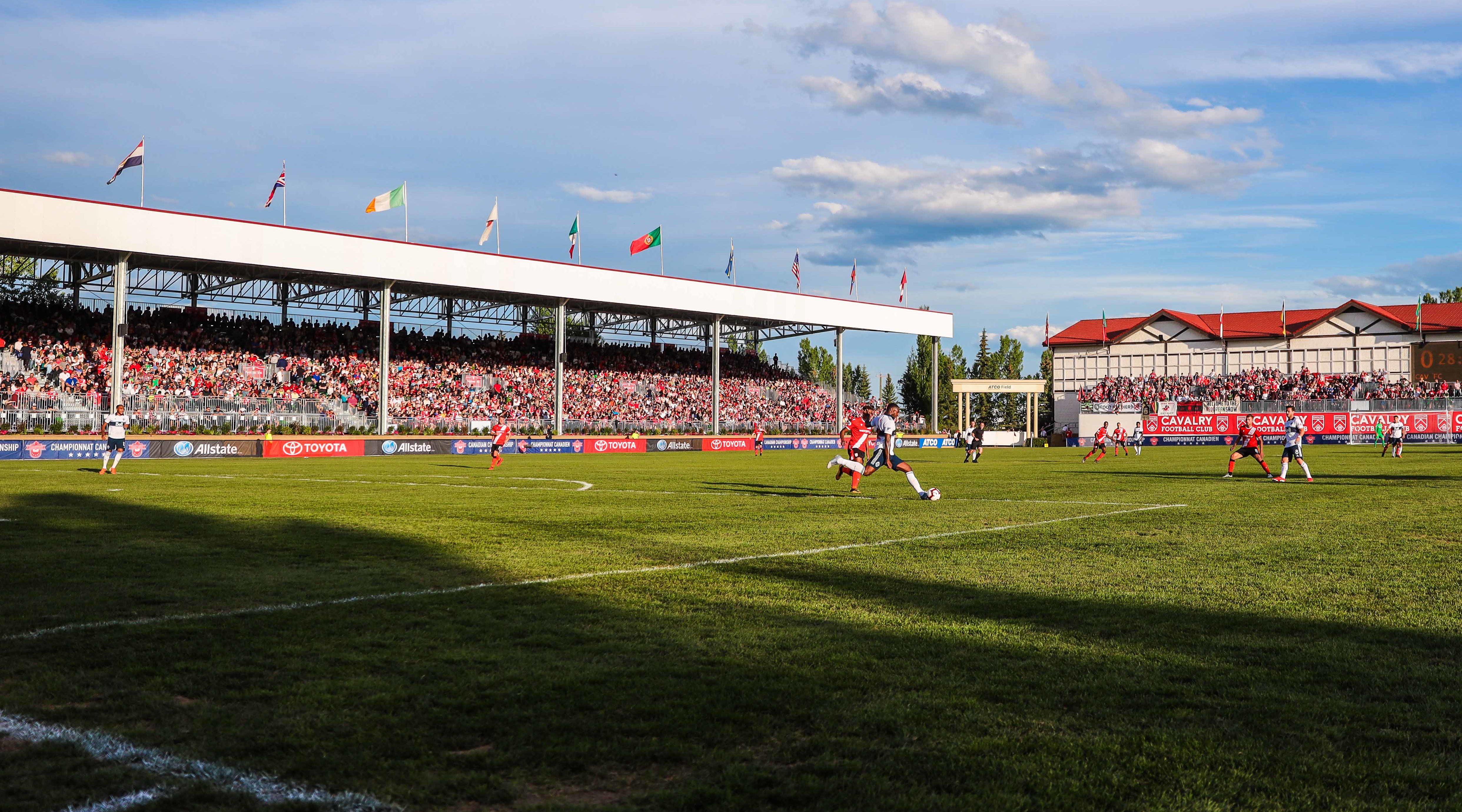 Coming to Spruce Meadows this summer: More than one floodlight.

The Cavs played their inaugural CPL season last year at ATCO Field, one of several arenas inside the famous horse jumping grounds at Spruce Meadows, located south of Calgary.

Players were coated with a single, portable floodlight during evening CPL matches in 2019, an unfavourable set-up that Wheeldon Jr. says will change.

“Speaking to the powers of our ownership group, we’ve recognized improvements where we can have floodlights,” said Wheeldon Jr., confirming that fixed lighting would come to Spruce Meadows in 2020.

Wheeldon Jr. also added Cavalry’s ownership would be updating the pitch after visiting stadiums around the United Kingdom – including Ross County in the Scottish Highlands, a habitat the Englishman compared to Alberta’s Foothills.

“Once the (winter) blanket is off the pitch, we’ll be filling in some of the undulations we had over the course of last season,” Wheeldon Jr. said.

“We went to Scotland in the highlands with snow and rain. We’re learning from groups that are similar to us, who are able to adapt and overcome.”

Cavalry FC’s home opener, tentatively scheduled for April 25th against York9 FC, could come later after CPL announced the start of the 2020 season would be delayed over COVID-19 concerns.