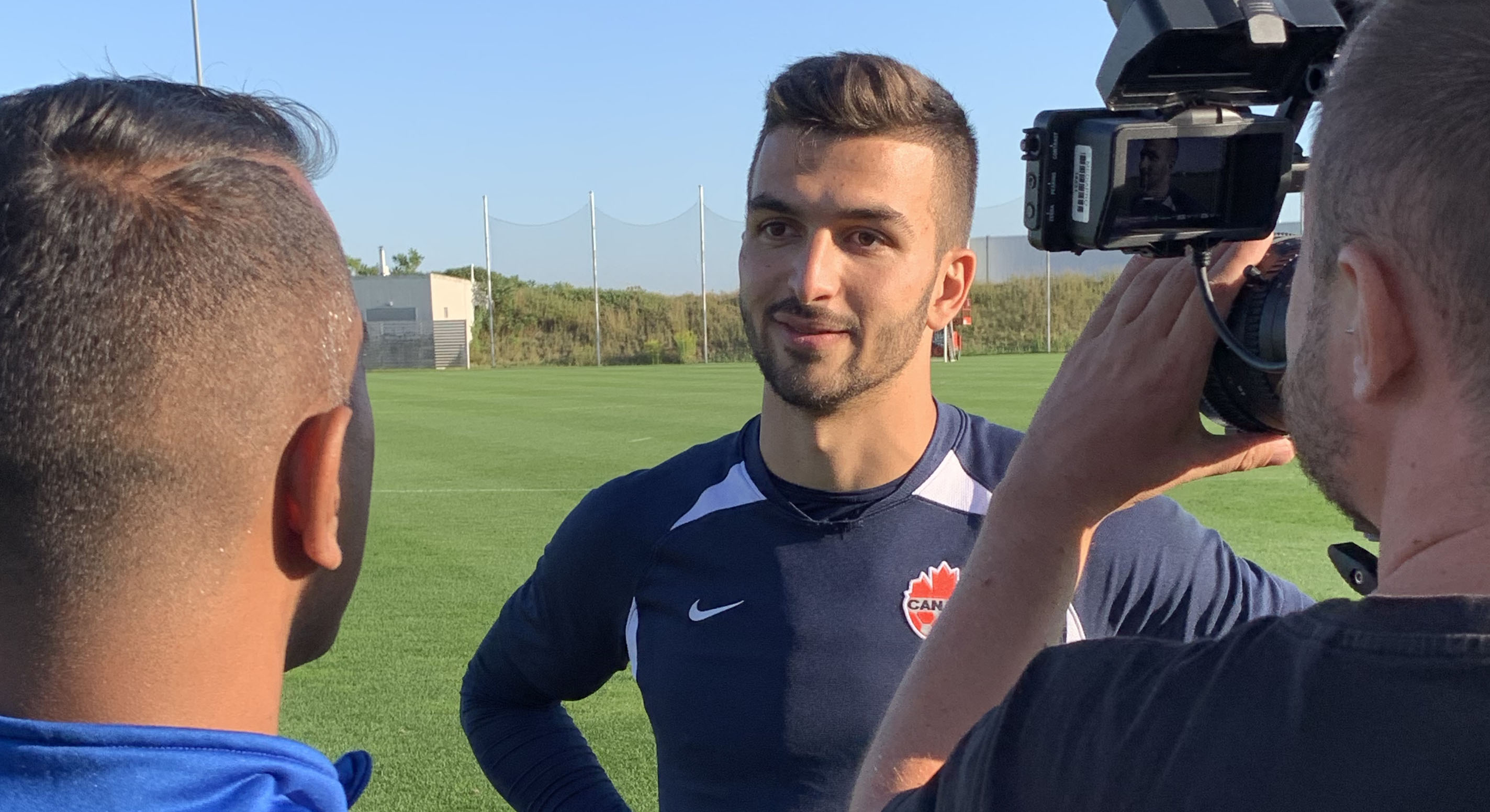 TORONTO – Marco Carducci made a save on a rocket of a shot from Alphonso Davies as training wrapped up at Downsview Park on Thursday, drawing a wave of jubilant laughter among the gathered group of talents making up the Canadian men’s national team.

Ahead of Canada’s upcoming CONCACAF Nations League matches against Cuba (Saturday, Sept. 7 at BMO Field, 8:00 p.m. ET, available on OneSoccer), Carducci is all smiles, too.

For Carducci, an invite to the national team comes after a number of standout performances for Cavalry FC in the newly-formed CPL. The 22-year-old is one of the star players comprising the first crop of talent in the CPL’s inaugural season. Currently sitting pretty atop the VW Premier Performer rankings, Carducci turned heads with a number of standout performances, including in matches against the Vancouver Whitecaps and the Montreal Impact in Canadian Championship play.

Those showings, coupled with Cavalry’s march to the Spring title, did enough to earn him a nod from John Herdman, making him the first CPL player to earn a national team call-up.

It’s not lost on him, the significance of the moment.

“It just goes to show that the league is doing what it was intended to do. It’s giving us that platform to show ourselves,” Carducci told CanPL.ca. “Without it, obviously, this wouldn’t be an opportunity I’d even have right now.”

Before the season began, we asked Carducci where he might rank himself in Canada’s goalkeeping depth chart, having previously played for the Canadian youth national team at various levels. At the time, he said it wasn’t his judgement call to make.

“(Fifth or sixth) was definitely where I saw myself at the beginning of the season,” Carducci admitted. “But I knew that, with good performances and good consistency throughout, I’d hopefully have my name passed around in this environment. Now we’re standing here so it’s a step in the right direction.”

Carducci’s call-up isn’t just an opportunity for himself, though; it’s a milestone moment for a league looking to establish itself as a proving ground for young Canadian talent exactly like him.

However, there’s no use pretending that the act of joining a brand-new league comes without a bit of wariness, if not some career risk; there’s no guarantee of what the quality would be, and if Herdman’s camp would even consider the league’s standouts, when juxtaposed to more established European or North American leagues.

But, with this call-up, Carducci has opened the door for many of his peers in the CPL to join him, too.

His teammates in Cavalry have certainly celebrated this watershed moment, but Carducci revealed he’s received congratulatory messages from all across the league.

“The CPL is a pretty close-knit community of guys who have played with or against each other in the past, and even in the beginning of this year, you get to know everyone, so, there definitely were quite a few messages coming in, which I really appreciated,” Carducci said.

“Even a couple Edmonton fans reached out! They mentioned, oh, you play for the enemy, but good job!” he added, with a laugh.