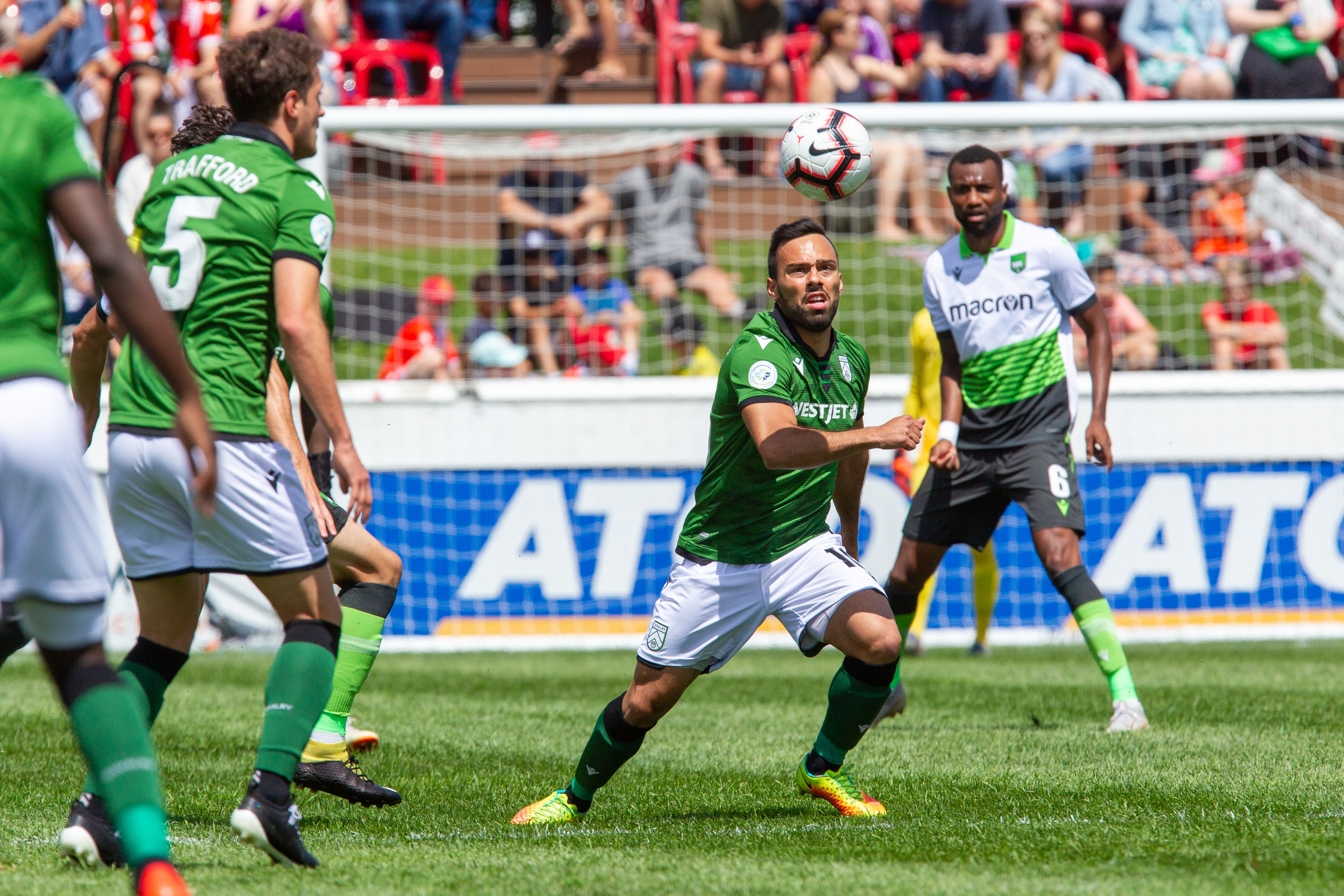 CALGARY — Without getting overly philosophical, a traditional proverb states, “A Sunday well-spent brings a week of content”.

For Cavalry FC, that’s one way of looking at the team’s 1-0 afternoon victory over visiting York9 FC in league play at Spruce Meadows.

“We just lacked that end product,” Cavs head coach Tommy Wheeldon Jr. admitted of his team’s performance in front of over 3,530 at ATCO Field. “For us, it’s brilliant to get that three points and get that clean sheet.”

The visitors held the edge in dangerous chances, especially in the second half with a high press, and it was thanks to some now familiar heroics and mistake-free play via goalkeeper Marco Carducci that helped the team from Calgary come away with a win.

“To get a clean sheet starts from the No. 9 all the way back to me, and I have to give credit to the team in front of me,” Carducci explained post-game of his five save showing, further moving him up the league’s clean sheet leaderboard with seven. “We’re doing the work from minute one to minute 90. It’s just the mentality.”

The gaffer was also quick to credit his starter for another excellent performance.

“I’m delighted for this guy,” he said Sunday of Carducci. “He’s shown he’s one of the best goalkeepers in Canada. His stats speak for themselves. I don’t think there’s enough noise being made about him.”

It’s a quick turn around for Cavalry, with the team heading out to the West coast for the closing leg of the third round of the Canadian Championship (currently 0-0 on aggregate) versus the Vancouver Whitecaps of Major League Soccer.

Wheeldon Jr. said Sunday’s winning result against a club like York9, one that came into Calgary winners of four of its last five league matches, sets them up well and gives them confidence for Wednesday’s big tilt at B.C. Place.

“We like winning, and we’re not embarrassed to say it,” he stated. “We like chasing it, and we like doing it in different ways. We’ve built a roster of 23 players that can play at any given time. We showed that today. We attack from the back and defend from the front. Our team is versatile.”

NOTES: The next league home game for the Cavs is slated for Friday, August 16 as the Al Classico returns to Spruce Meadows for a date versus FC Edmonton. Sunday’s action marked the final match of Dean Northover’s three-game suspension.