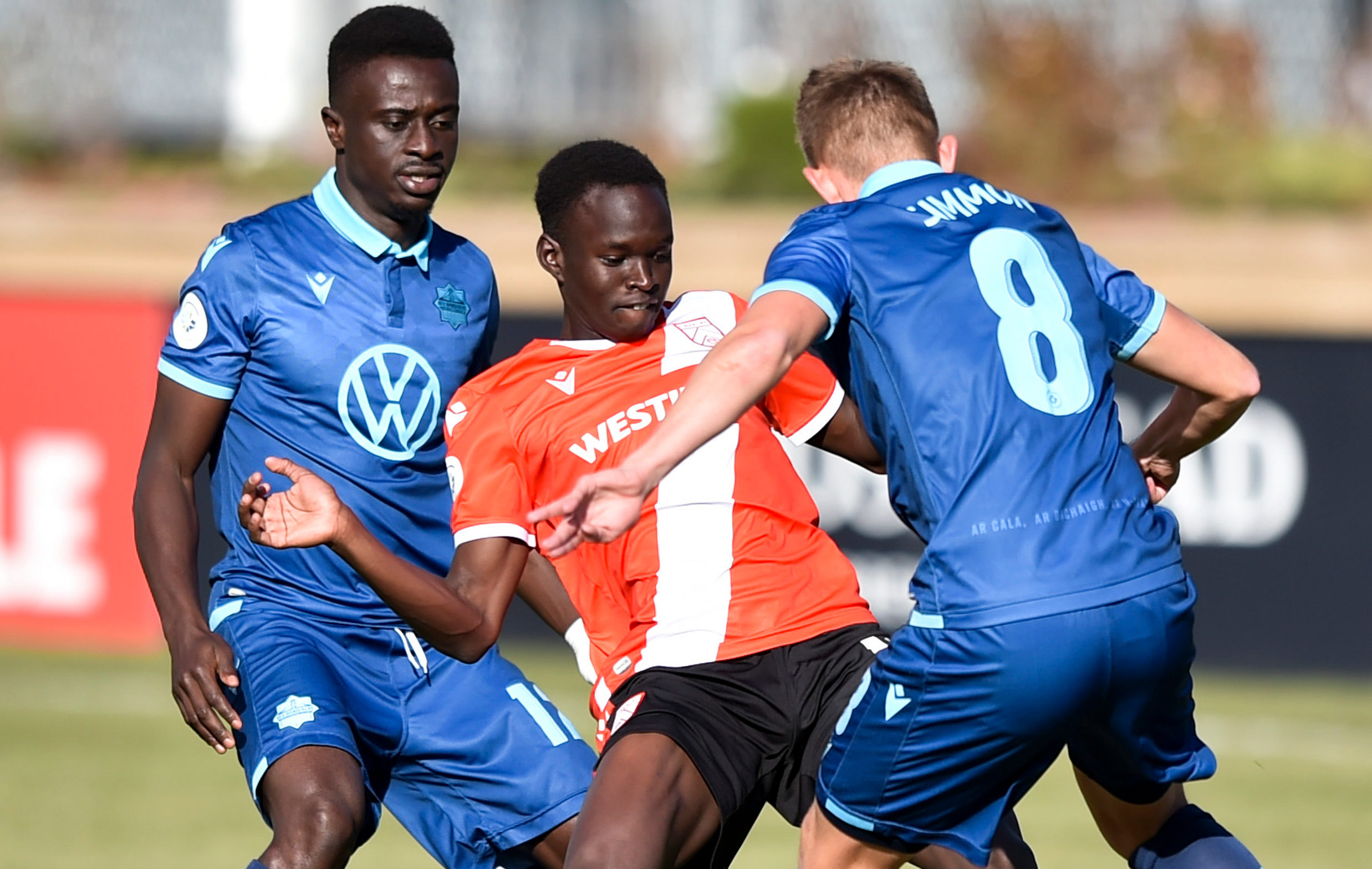 CALGARY — With just a trio of home games remaining in the Fall campaign, Cavalry FC flexed its depth muscle in a 2-0 win versus the HFX Wanderers Saturday afternoon at Spruce Meadows.

Adekugbe put together a strong performance, logging a full 90 minutes, distributing the second-most passes and scoring the game-winner — his first in the Canadian Premier League.

“I was a bit taken back by it, and I didn’t expect it,” Adekugbe chuckled post-match when describing his first professional goal, a seeing shot that wobbled and bobbled before it found the back of the Halifax net in the 71st minute. “It’s a good feeling. I don’t score too often, so I was a bit surprised, and I didn’t know how to celebrate. I’m happy for it, and I’m happy the team won.”

A few experienced substitutes were available on the bench in the second half, but head coach Tommy Wheeldon Jr. elected to give some playing time to centerfielder and recent Canadian U-17 call-up Aribim Pepple.

“Our younger players, we’ve just got to keep managing them,” Wheeldon Jr. explained. “We have to keep giving them enough that it whets their appetite that they want to play more. But, not too much because we still want them playing hard in training.

“Both ‘Bim [Pepple] and Vic [Loturi] have been working hard in training. He [Pepple] was unlucky not to get his first goal, wasn’t he? He’s got great pace. We’re delighted to have that opportunity to keep having him play professional football.”

To the thrill of the fans, and perhaps chagrin of the two teams, there’s a Finals 2019 preview coming up with a home-and-home versus Forge FC. As such, it was crucial for the Calgary coaching staff to spread out the roster’s playing time Saturday against Halifax because the coach says he’s already picked his lineups for the rest of the Fall season.

So, how much of his hand is he willing to show next Wednesday against the visitors from Hamilton?

“We knew what we were going to do today, and we know what we’re going to do in the next three games baring any suspension,” Wheeldon Jr. offered. “We’ll see how it plays for the Finals. We know how we want to finish the season. We’ve said all along that we want to win the Fall season as well as the Spring. Those goals don’t change. We see the Finals as another trophy or achievement to unlock.

“But, we’ll concentrate on the Fall season first, and we’ll weigh up the odds after that.”