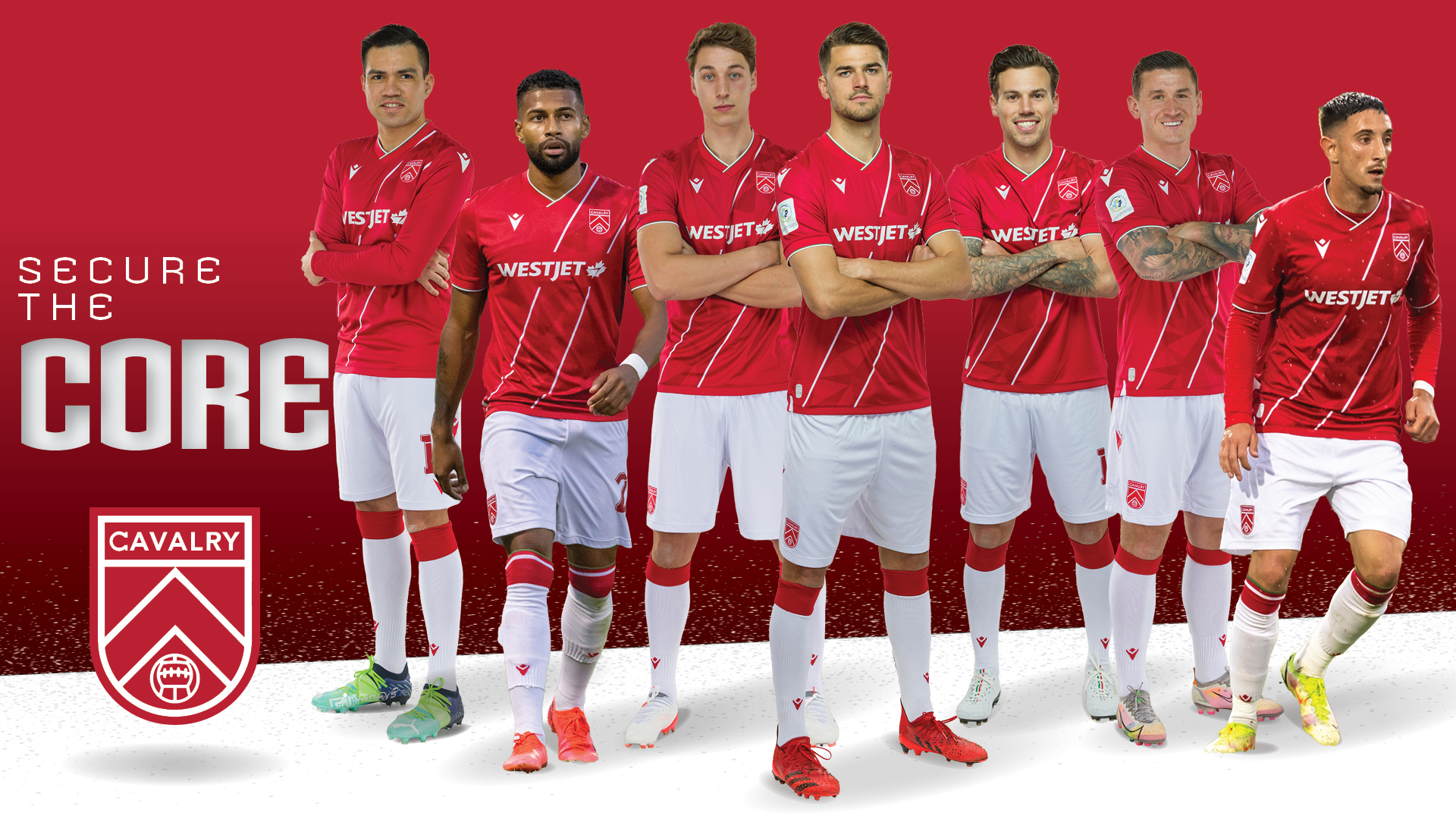 Calgary, AB (December 21, 2022) – Cavalry FC has confirmed the return of nine core players for the upcoming 2023 season.  José Escalante (HON), Ben Fisk (CAN), Daan Klomp (NED), Charlie Trafford (CAN), Fraser Aird (CAN), Mikaël Cantave (CAN), Roberto Alarcón (ESP), Goteh Ntignee (CAN), and Gareth Smith-Doyle (CAN) are the players returning to the club, who have existing contracts that extend through the 2023 season and beyond.

After joining Cavalry FC in the clubs’ inaugural season in 2019, José Escalante has made 88 appearances for the club, pushing to reach the 100-appearance milestone in 2023. With his creative playmaking style along the wing, Escalante scored nine goals and provided 16 assists throughout his career with Cavalry. Escalante’s current deal goes through 2023 and includes a club option for the 2024 season.

Ben Fisk and Daan Klomp both signed with Cavalry FC in 2021, with Fisk creating a threat in the midfield over 48 appearances with two goals and six assists, and Klomp defending within the back line over 55 appearances with six goals and two assists. Klomp and Fisk’s deal also include a club option for the 2024 season.

Both having joined ahead of the 2022 season, Charlie Trafford and Fraser Aird have been secured within the core and will be rejoining the squad. After an unfortunate ACL injury which ruled Aird out for the majority of the 21/22 season, the midfielder has his sights set on returning for the upcoming season and has a club option to extend his contract for 2024. As a member of the 2022 leadership team, Charlie made 26 appearances since joining the club and will be continuing to utilize his leadership skills in the midfield throughout the upcoming season.

In the second half of the season, the club signed Spanish player Roberto Alarcón who provided three assists over 17 appearances since his arrival in Calgary. Joining the club in the same window, Mikaël Cantave creates an attacking threat after scoring one goal and providing two assists over 13 appearances for the club. Both players will be returning for the upcoming season, and each has a club option to extend their contract in 2024.

Calgary-grown duo Gareth Smith-Doyle and Goteh Ntignee will also be rejoining the squad following their debut season with Cavalry FC. Smith-Doyle has made five appearances for the club so far following a successful career with the University of Calgary Dinos, while Ntignee impressed with an assist on his debut this past season against Pacific FC while making two appearances for the club so far.  The club has a 2024 option to extend the current deals for both players.

Following the 2022 season, the club has declined the 2023 option for Bradley Vliet’s contract due to international roster rule requirements and we thank him for his contribution to Cavalry FC. The club wish him the very best for the next chapter of his career.

The club is still in contract discussions with existing players (and their options), along with new players, and will be announcing more confirmed signings in the new year.