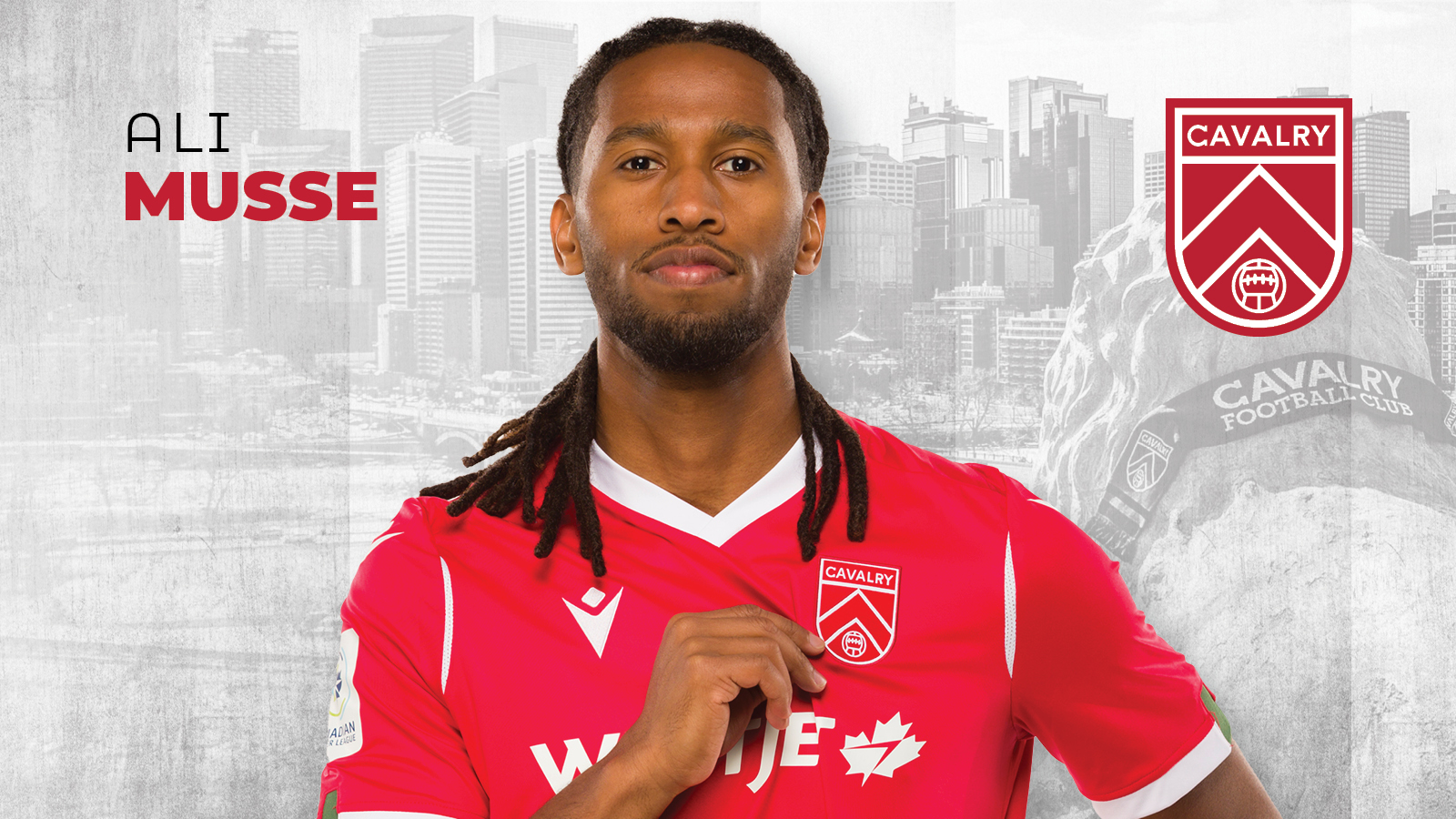 Calgary, AB (June 21, 2021) – Cavalry FC signs forward Ali Musse (CAN) to the roster on a one-year contract with an option to extend for two further years.

Musse moved to Canada with his family at the age of six and started to play soccer as a child in Winnipeg. In 2010, Musse joined the newly-founded USL Premier Development League side WSA Winnipeg.

After briefly joining the Vancouver Whitecaps FC Residency program from 2011 to 2012, he returned to Winnipeg where he made fourteen appearances for WSA Winnipeg in 2013, scoring six goals. Musse was named to the 2013 CONCACAF U17 Championship squad for Canada, where he made 5 appearances. The team qualified for the 2013 FIFA U17 World Cup, and Musse was once again called up and made an appearance against Argentina in the group stage. Musse rejoined the Whitecaps academy a year later to play for their U18 team in the USSDA. After two years with the Whitecaps, Musse returned to WSA Winnipeg once again in 2016 and made two appearances.

In 2017, Musse played for the Calgary Foothills for two seasons, making a total of twenty-four appearances, scoring seven goals, plus scoring another five during four playoff appearances to help Foothills claim the 2018 PDL Championship.

“Ali is a player I’ve worked closely with previous to the CPL and one I firmly believe has the ability and mindset to make a difference. He’s a winger with pace and creativity that likes to take people on 1v1 and has an eye for an important goal.”

“Tommy and I reconnected, he spoke about bringing me in, glad to say it went well. We have a bit of history together so we know each other quite well, along with a lot of the players and staff at the club. Calgary has an amazing football culture and with that being said, it was a fairly easy decision to make not just for my football, but also for my family. It’s nice to be close to them. I am excited for the season and glad to be back in Calgary. I look forward to contributing to the team, and to hopefully winning another trophy here.”– Ali Musse signing with Cavalry FC