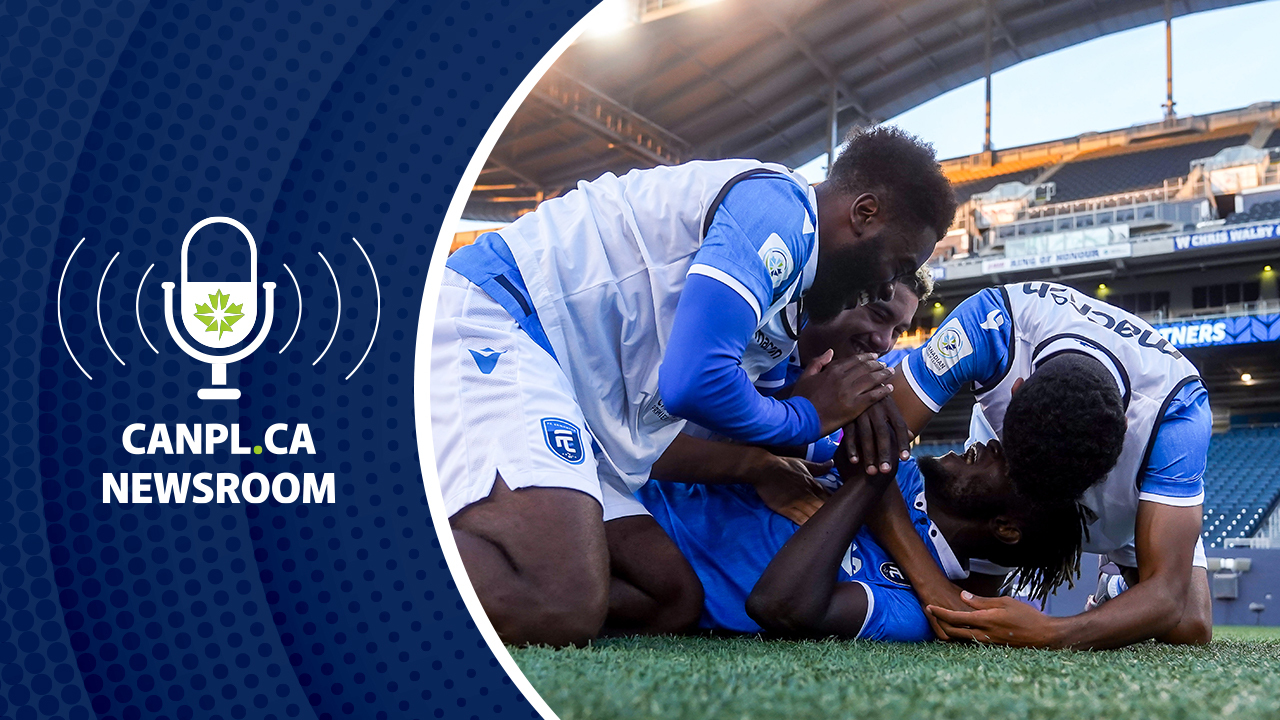 In the latest episode of the CanPL.ca Newsroom, the CanPL.ca editorial crew of Kristian Jack, Charlie O’Connor-Clarke, Brady Reid, Benedict Rhodes, and Marty Thompson digest a blistering second matchweek at The Kickoff in Winnipeg.

First up, the gang take off from FC Edmonton’s historic 2-0 victory over Forge FC (4:20) Thursday – the club’s first win in over 600 days. From stanch defending to Ramon Soria and Jeannot Esua’s goals, Alan Koch’s first win in CanPL was one to be remembered. Forge, on the other hand, lose back-to-back matches without scoring for the first time ever – what needs to change for the two-time defending champions?

Next up is York United and Pacific FC’s highly-entertaining 2-2 draw (15:05). What’s to like about York’s young group? What about Pa-Modou Kah’s Pacific side – how did they handle their cagey affair?

Cavalry FC’s 4-1 romp over Atlético Ottawa followed (23:01), with Charlie gushing over Tommy Wheeldon Jr. and his side’s ability to press and pass freely (second-most passes completed in CPL history, we may add). How did Cavalry seem to out-run an Ottawa side with a proper pre-season so effectively and, after two wins from two, are they early favourites?

Finally, we needed to talk about Valour FC and specifically Rob Gale, who captured their second-straight 2-0 win Wednesday by dispatching HFX Wanderers (34:11). Just how long can the Winnipeg side continue this underdog narrative with Andrew Jean-Baptiste and standout midfielder Raph Ohin – dubbed the Winnipeg Kante by Gale – among their ranks?

Plus, the gang banter through an extra time segment: Greatest goal you’ve ever scored? Which celebrity will Gale mention in his next press conference?