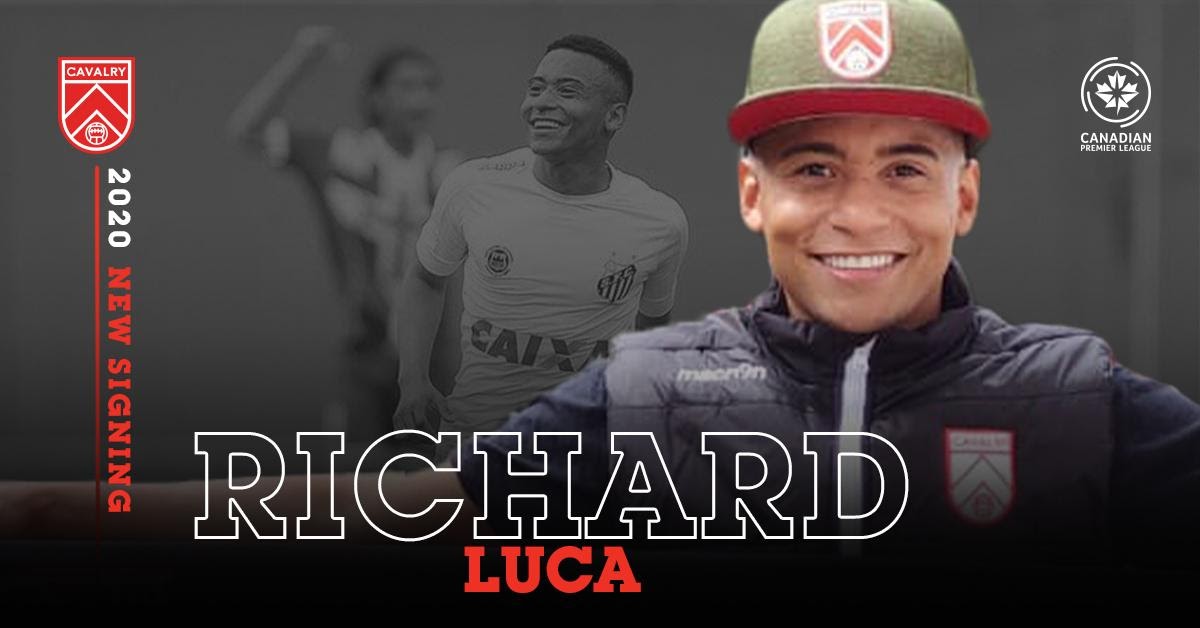 Luca — full name Richard Luca Rosa Da Silva Sousa — is a 22-year-old from Aparecida de Goiâna, Brazil, who will be able to line up either on the wing or in attacking midfield for the Cavs.

He’s a well-travelled player for his age, having spent time at teams in three different countries — most recently, close to home with Brazilian Série D club Aparecidense.

Having begun his career with hometown team Goiás, he went on to land contracts with historic Brazilian side Santos and Liga MX giants Tigres UANL. He didn’t see any first-team minutes with either side, though, playing his most consistent minutes the past couple years on loan to second-tier Mexican club Correcaminos and, later, Torpedo Kutaisi in Georgia’s top flight.

Luca has 25 professional appearances to his name across those teams, as well as 14 caps for Brazil’s U-15 team in 2013.

“Richard Luca is one of the most exciting players we looked at this off-season. He has incredible 1-v-1 dribbling ability, electric pace and terrific work rate. He has the tools to unlock defences and excite fans in equal measure,” Cavalry coach Tommy Wheeldon Jr. said of his newest signing.

Richard Luca signed with Cavalry after being identified by the CPL’s centralized scouting system of young internationals (age 23 and under), which is run by the league’s soccer operations department and the 21st Club, a world class data and analytics group with offices in London, San Francisco and Singapore.

“I am very happy to belong to this new family that is Cavalry FC and feel it is a unique and exciting opportunity,” Luca said. “I consider myself a versatile, fast, skilled player with lots of personality.”

Luca is expected to arrive in Calgary in March 2020 to begin training, pending the expected approval of appropriate visas/work permits.

The Cavs will attempt to defend their top spot from the 2019 regular season with a roster that currently boasts 18 players, with 14 returning from last year.