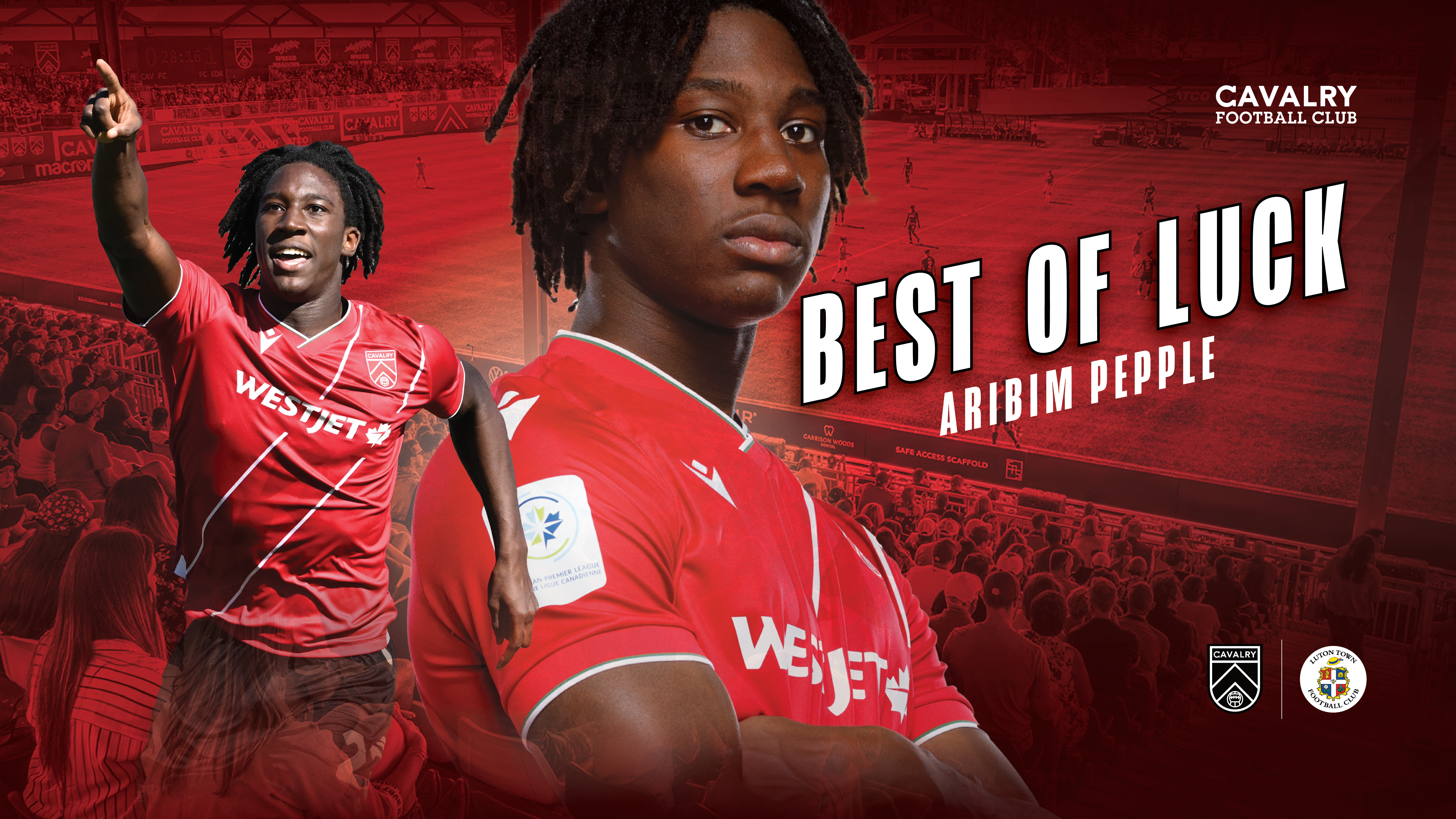 Pepple, 19, made 22 appearances across all competitions for Cavalry FC, after debuting as a 16-year-old during the club’s inaugural 2019 season.

He spent 2021 representing Spain’s La Liga club Getafe CF’s under-19 team, before rejoining Cavalry FC for the 2022 season. A consistent performer, he set the CPL record for most goals scored consecutively when he scored six goals in five consecutive games this season. That tally helped Pepple earn the CPL Player of The Month Award for June of 2022.

Pepple came up through the Calgary Minor Soccer Association, a homegrown product that represented Calgary Foothills Soccer Club before turning professional in the CPL. 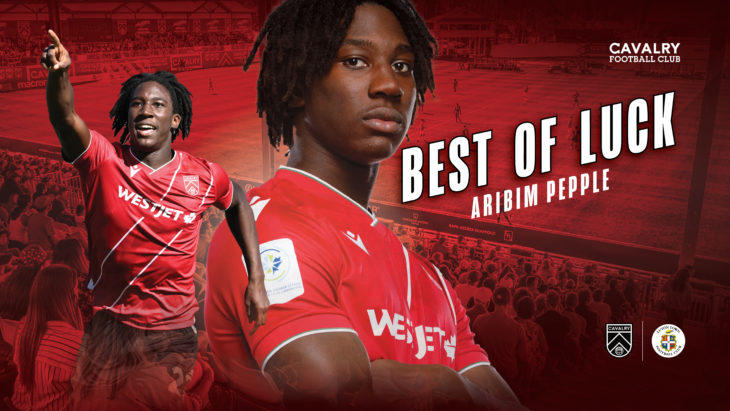 “We’d like to congratulate Aribim on his move to the English Championship with Luton Town FC,” said Cavalry FC manager Tommy Wheeldon Jr. “He is a great example of why our domestic league was created and has grasped his opportunity with both hands. I firmly believe that his character and capability give him the foundations of a big career ahead and we will watch proudly knowing we played a small part in helping the journey of a local kid develop”.

Cavalry FC joins Wheeldon in thanking Aribim for his contributions to the club since 2019 and wishes him all the best as he continues to showcase his talent overseas.