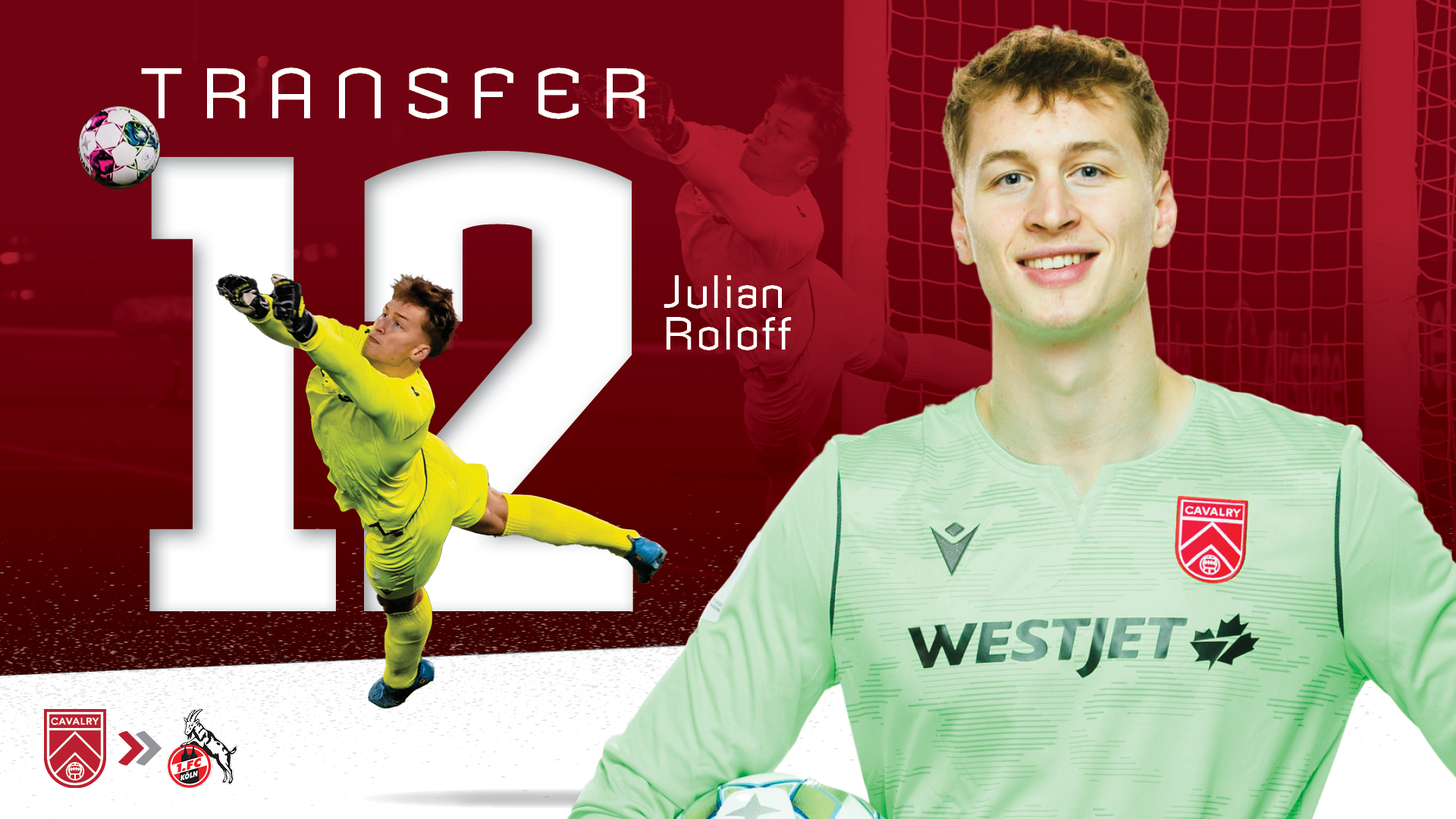 Calgary, AB (January , 2023) – Cavalry FC of the Canadian Premier League has announced the free transfer of 21-year-old goalkeeper Julian Roloff back to FC Köln of the German Bundesliga.  Cavalry FC has retained a percentage of any future sell-on rights, whilst being able to open up a young international spot for the 2023 season.

The German international joined Cavalry FC in 2022, following the injuries to Marco Carducci and Tyson Farago, and made four appearances across all competitions for the club. Roloff will be departing the side and returning to his hometown club FC Köln. Cavalry FC would like to thank Julian for his contributions to the club over the past season and wish him the best as he continues his career.