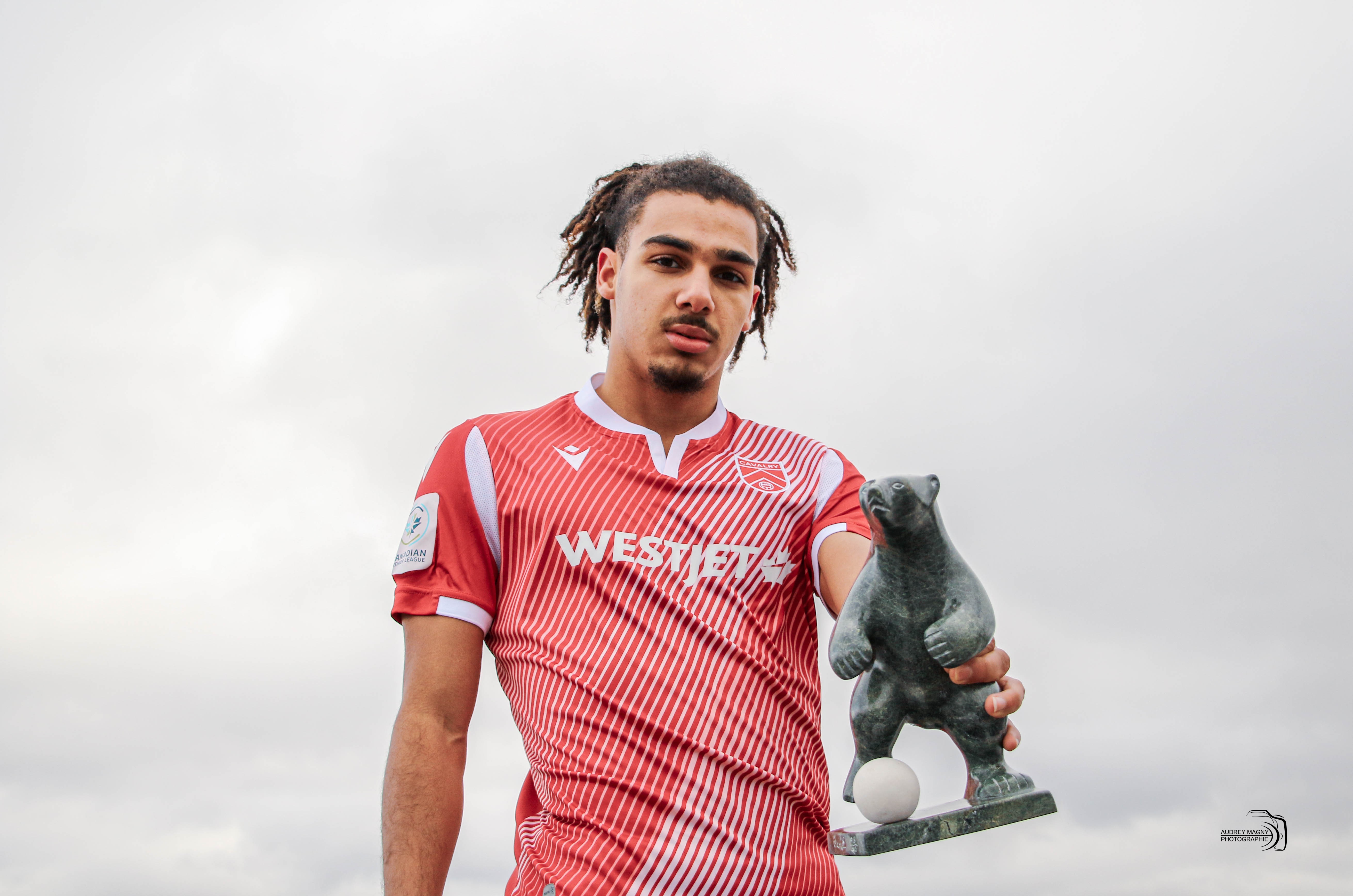 Cavalry FC player Mohamed Farsi arrived at the 2020 Island Games and debuted in the opening match versus Forge FC contributing to a series of events that led to a goal from the penalty spot for Cavalry FC to tie the match. Farsi went on to play in all ten Cavalry FC matches during the Island Games and recorded a memorable goal versus Pacific FC and an assist against Valour FC.

Awarded to the Player selected as the Best Canadian Under 21 based on performance and overall attitude on and off the pitch.  The Polar Bear at birth is playful and adored by all. As ‘Atiqtalaaq’ – the young cub grows it shows promise to become “Nanook” one of the most respected and formidable animals roaming Canada’s North. 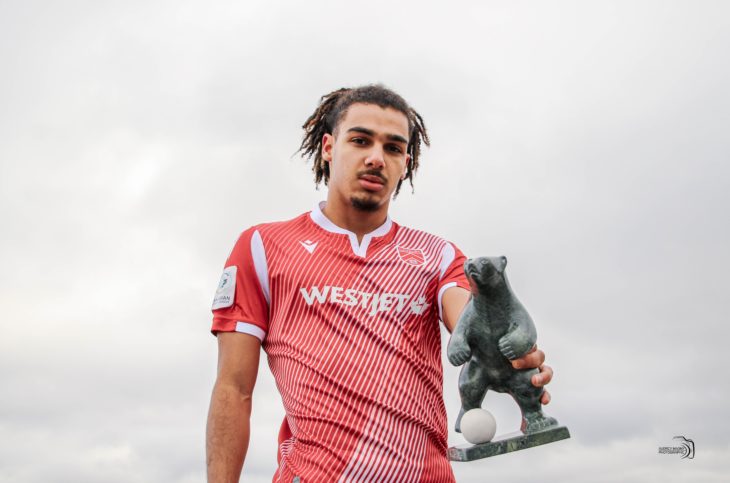 “We are delighted for Mohamed to win this award as he was an exciting addition to our team in 2020. He backed it up with some remarkable performances at The Island Games.  Many young players get the opportunity; few grab it with both hands like Mo did.  We look forward to many more moments of magic with him in 2021”.

Taqialuq is the son of Cape Dorset carver, Sharky Nuna who died in a boating accident while walrus hunting.  After learning to carve by watching his father, Taqialuq made his first works when he was eight years old.  He became more serious about carving in his late twenties and today carves when he is not out hunting.  His rounded comfortable style suits the animal and human subject that he carves. He is known in the community for his outdoor studio overlooking the bay and mountains.