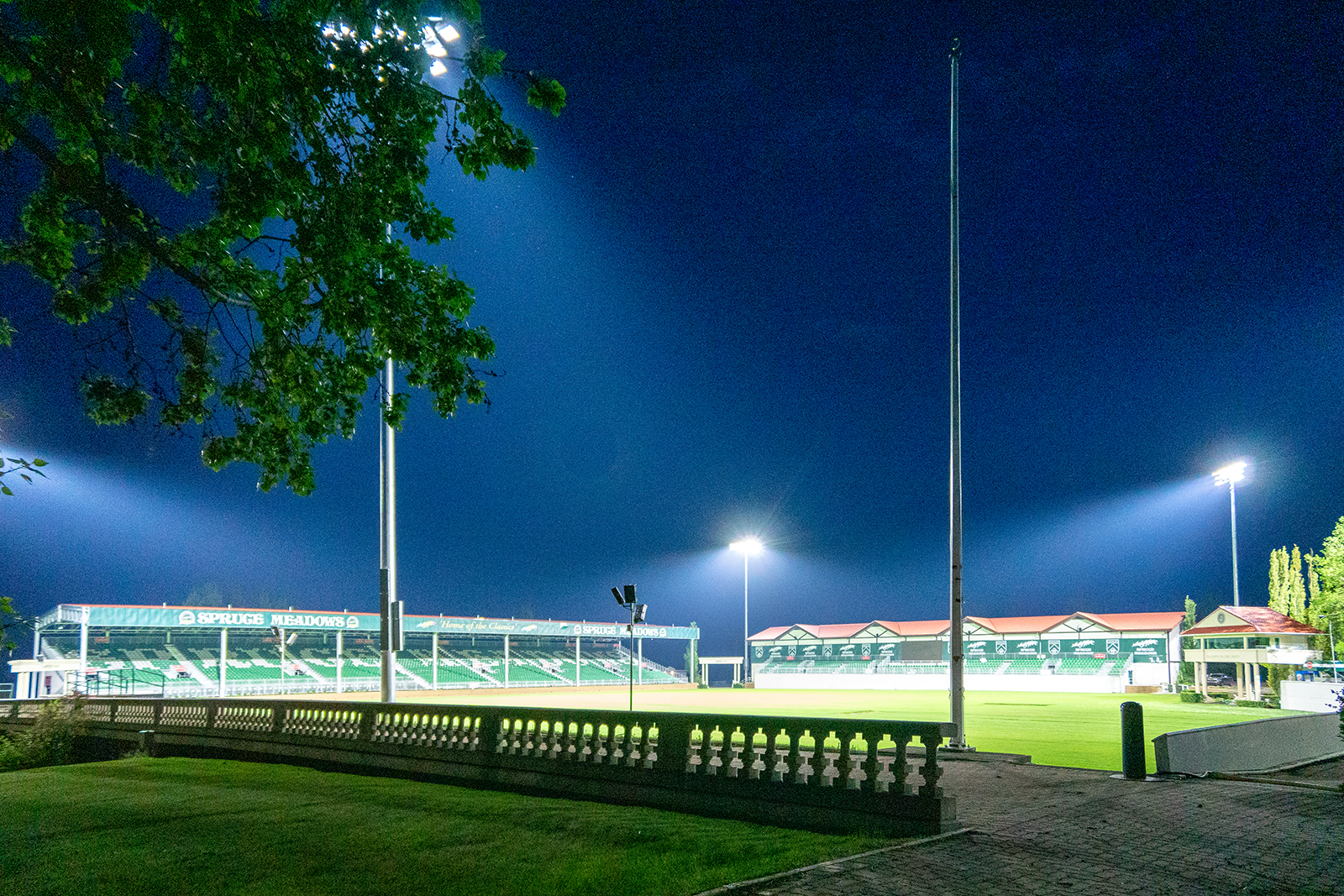 Cavalry FC unveiled a new lighting system for their home stadium ATCO Field at Spruce Meadows Monday – the longest day of the year in the northern hemisphere – and a resodded pitch, both of which will be ready for when Cavalry FC returns from The Kickoff in Winnipeg, Manitoba.

ATCO Field could get noticeably dark during the 2019 season – especially for television audiences. A single temporary floodlight gave some visibility but, as Spruce Meadows president Ian Allison pointed out, it was an immediate need for the club.

“We had a temporary lighting solution that worked reasonably well – except against the Montreal Impact in the Canadian Championship [in 2019]. It was a late kickoff time and all that,” Allison said, pointing out that most Calgarian Summer nights can see daylight up to 10 p.m. local time.

“We knew we had to make improvements and we got to work. We have a short construction season and a shorter growing season so to get all of this done is a bit of a blessing.”

RELATED READING: CPL off-season roster tracker: Who’s in and who’s out? || 2021 CPL season: What you need to know before ‘The Kickoff’

Bases for the five floodlights were installed this Fall with towers themselves arriving from the United States. The resodded pitch with Kentucky Bluegrass has “taken superbly well” since being planted last month and will be ready for play once Cavalry returns from The Kickoff – the CPL’s opening single-site stanza designed to begin play while COVID-19 vaccines continue to roll out across the country.

The pandemic has allowed Spruce Meadows to make other improvements too, according to Allison, such as sewer and water lines. All told, Spruce Meadows has invested around $8 million CAD into ATCO Field since Cavalry FC was founded on the grounds in 2018.

“He bought that shirt after the Montreal match. He came up to see me – we had a chuckle, to say the least,” Allison recalled.

The irony of Monday’s announcement is Cavalry FC supporters like Anderson don’t know when they could return to ATCO Field next, though they can watch the side in action this weekend in their season opener in Winnipeg against York United (4pm ET/2pm MT).

Allison says plans are ongoing as they prepare to welcome supporters back as early as July – when The Kickoff wraps up.

“We’re ready to roll,” Allison began. “I’m cautiously optimistic that we’ll welcome Cavalry fans back soon but, as we all learned during this pandemic, red lights arrive a lot faster than green lights do.”

Allison says the club has retained “virtually all” of their season ticket holders while experiencing quite a bit of momentum before the COVID-19 pandemic shuttered things in March 2020. But things are becoming a bit brighter – pun intended – in Calgary.

“I’m delighted that our team’s 100% vaccinated – we’ve got virtually everybody that we wanted to get into the country here,” Allison continued. “And aside from some untimely injuries, we’re looking forward to the season and some unfinished business starting in Winnipeg and hopefully ending home here at ATCO Field at Spruce Meadows.”