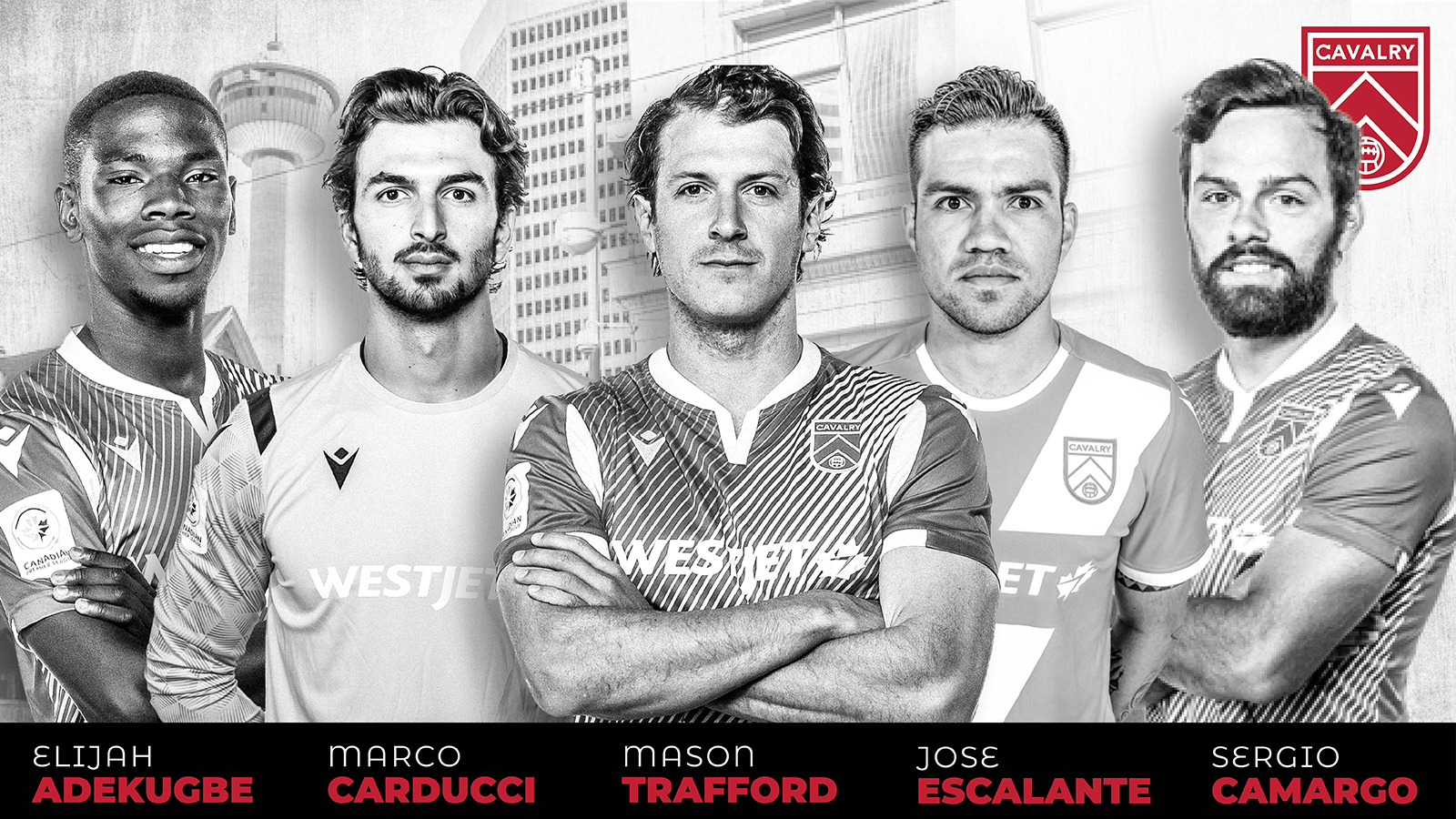 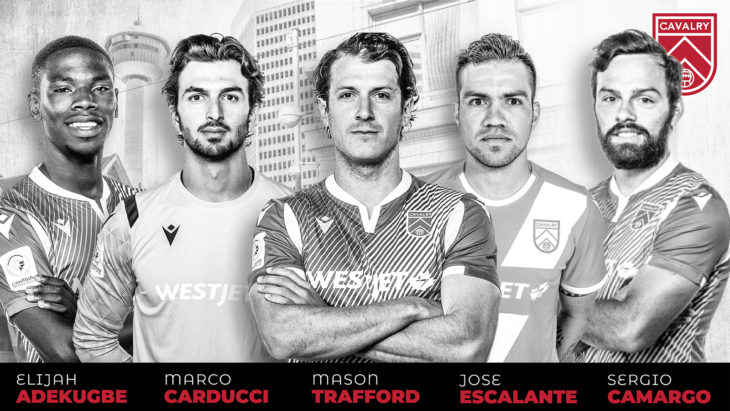 Calgary, AB (November 6, 2020) –  Cavalry FC confirms the return of Marco Carducci (CAN), Mason Trafford (CAN), Elijah Adekugbe (CAN), Sergio Camargo (CAN) and Jose Escalante (HON) to the 2021 roster.

There is a clear signal of intent to keep a strong core of the original players that have created a winning culture at Cavalry FC under the leadership of and Head Coach & General Manager Tommy Wheeldon Jr.  Carducci has produced 13 clean sheets out of his 38 appearances over the last two seasons and shown the ability to produce game changing saves.  During the Island Games, Trafford was a key part of the Cavalry FC defense winning an impressive 80% of his tackles in his 8 appearances.

In 2020, Adekugbe continued to dictate the team’s play from midfield with an 85% pass completion rate. The skillful attacking midfielder, Sergio Camargo is the club’s second highest goal scorer with 9 goals in 29 appearances to date.

Escalante did not feature during the 2020 Island Games due to effects of the COVID-19 pandemic, however along with the aforementioned players above, played a pivotal role in the team that won both the Spring and Fall league titles in our inaugural season in 2019. He played a total 2056 minutes for the club and tallied 4 goals and 6 assists during the inaugural season. Escalante is currently on loan at CDS Vida in the Honduran 1st Division.

“Continuity is paramount to our future success and these core guys that have been here since day 1. Their ability and mentality that have helped shape our winning culture over the past two seasons, something I’ve witnessed first-hand in their training habits, leadership qualities and how that translates into the memorable performances they’ve put on the pitch too”.

“I’m happy to be continuing my career with the Cavalry for a third successive season. I’m here to give my best and help the team win every game possible.  I’m looking forward to the new season! – Elijah Adekugbe on returning to Cavalry FC for 2021