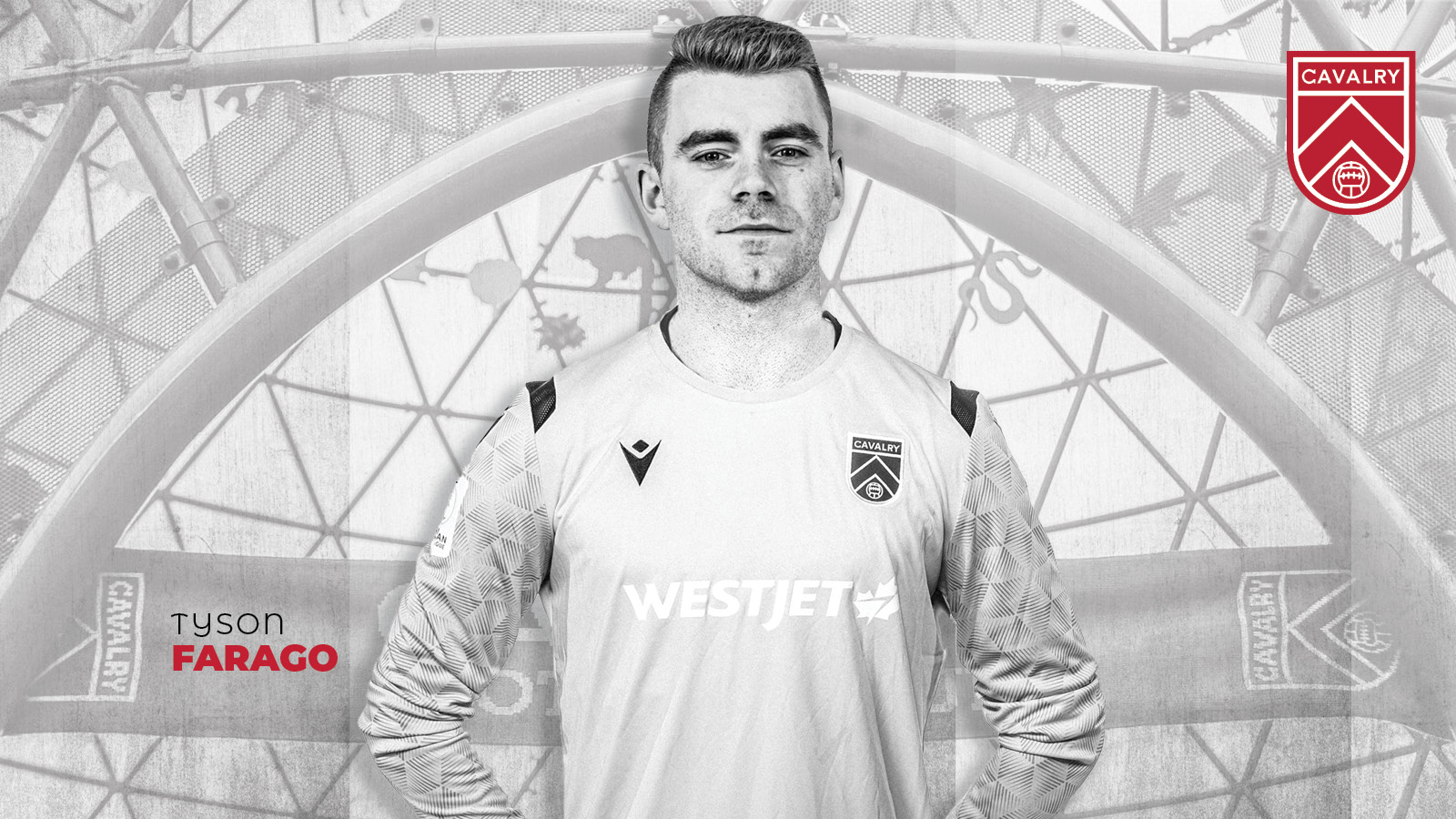 Winnipeg born goalkeeper Tyson Farago will be sporting Cavalry FC colours for the 2021 Canadian Premier League Season. The twenty-nine-year-old goalkeeper brings good experience to the club having played 44 professional games totaling over 3,800 minutes. Farago began his professional career with FC Edmonton in 2014 and played 22 league games in the NASL and featured in 2 Canadian Championship matches before leaving in 2017. He went onto join St. Patrick’s Athletic who play in the League of Ireland Premier Division for one season before returning to Canada.

In the inaugural year of the Canadian Premier League, Farago was one of two goalkeepers for Valour FC and had 16 league appearances and featured in 1 Canadian Championship match during 2019. He played over 1,500 minutes and produced two clean sheets during his time with Valour FC.

“Tyson is a very good goalkeeper with valuable professional experience under his belt, that we felt would be a good addition to our side.  We’ve kept track of him for a while through his FC Edmonton and Valour days and in terms of attitude and ability, he ticks both boxes for us.  He’s a good shot stopper with terrific reflexes and possession wise, has very good distribution skills.”

“I want to thank the Cavalry organization for giving me this opportunity. They have been a model franchise in the Canadian Premier League and I am honoured to be a part the great culture they have established” – Tyson Farago on signing with Cavalry FC for the 2021 season.