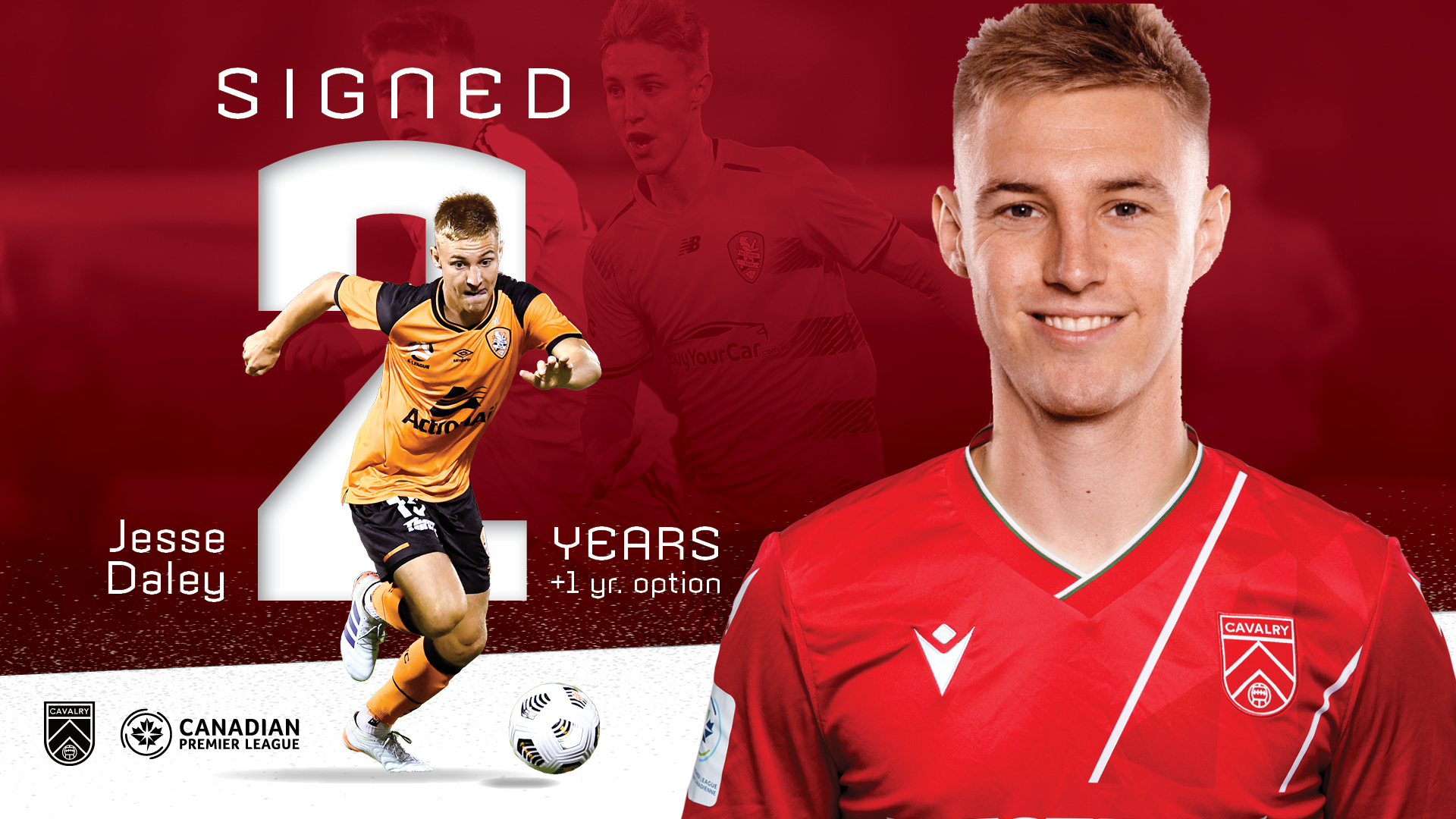 The Australian midfielder began his professional career with Seattle Sounders FC 2 (now known as Tacoma Defiance) in the USL Championship before transferring to Brisbane Roar of A-League Men, the highest division in Australia, where he made 54 appearances for the club.

“I’m very excited to touch down in Calgary and work alongside everyone at the club,” says Daley. “I want to add to the successful foundations laid by Tommy and everyone at the club. I’m very proud to be representing the people of Calgary as a member of the Cavs. I’ve seen videos of the Cavalry supporters and I can’t wait to play for the best fans in the league on ATCO Field at Spruce Meadows this season.”

The international will soon arrive in Calgary to join the squad as they prepare for their return to ATCO Field at Spruce Meadows for the 2023 season.

“Jesse is a player than we feel brings dynamism and personality to our midfield,” says Cavalry FC Head Coach and General Manager Tommy Wheeldon Jr. “He joins us from a very good environment in Australia’s top tier and has valuable experience playing in North America. He will bring great energy, very good passing range and the ability to play both sides of the ball.”