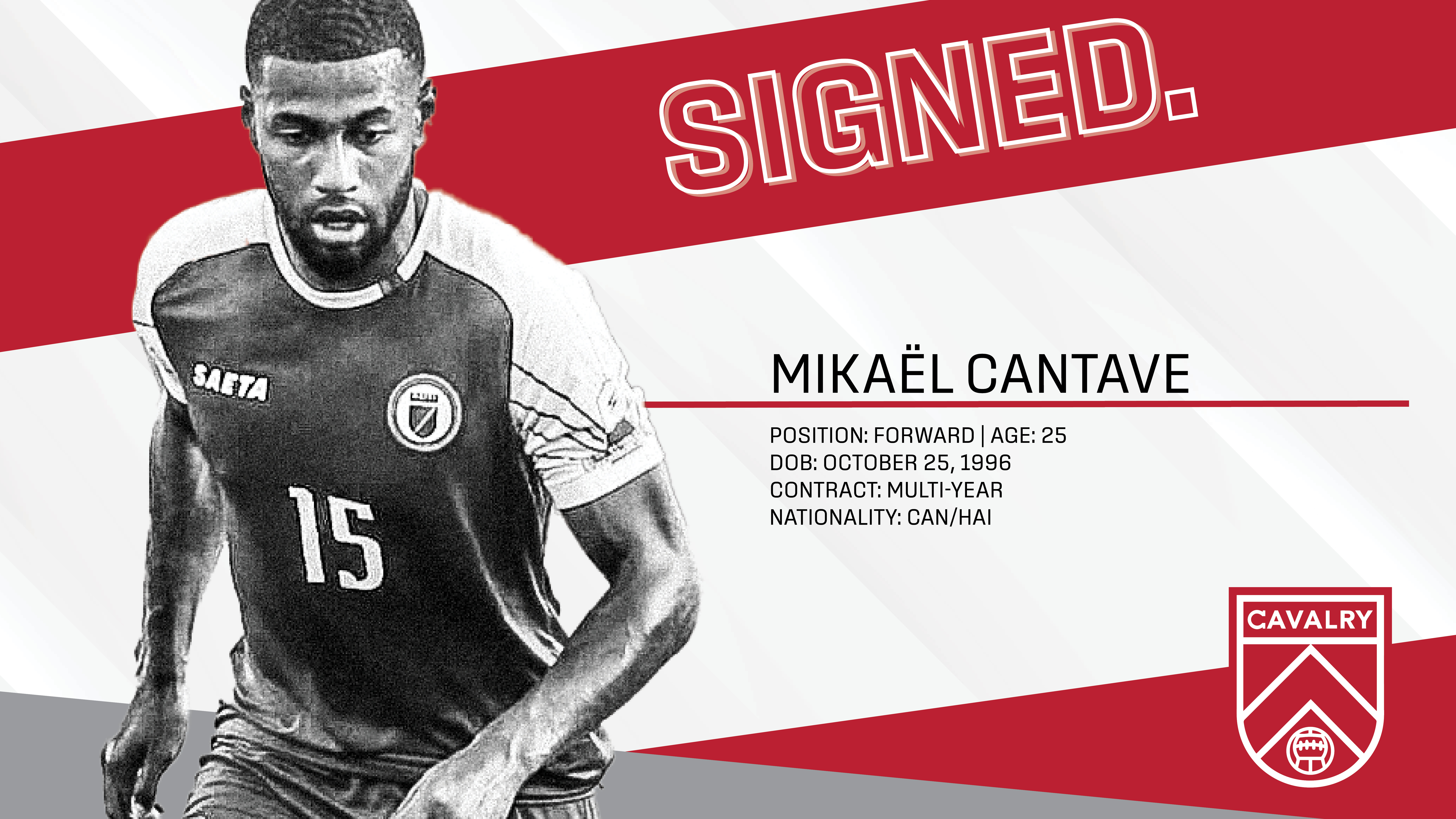 The Canadian Haitian forward began his professional career at FC Nantes of Ligue 1, before showcasing his talent in Spain. Cantave makes his return to Canada with Cavalry FC after most recently playing with Liga 1 Romania side, AFC Chindia Targoviste. He made appearances for the Canadian National Team at the U17 level, before switching allegiances to represent Haiti.

“I’m very excited to be a part of this club and so grateful for the opportunity to be with Cavalry. I can’t wait to meet my teammates, to play in front of the fans, and to fight for Cavalry FC,” said Cantave.

The dual national has arrived in Calgary and will be joining the squad as they return to ATCO Field at Spruce Meadows to take on Halifax Wanderers on July 14.

“Mikaël is an exciting and dynamic player that can add depth to our attacking options,” said Cavalry FC Head Coach and General Manager Tommy Wheeldon Jr. “He has immense professional experience under his belt from playing in Europe, along with having international experience in the CONCACAF environment, which is valuable given he’s still yet to hit his peak playing years.”