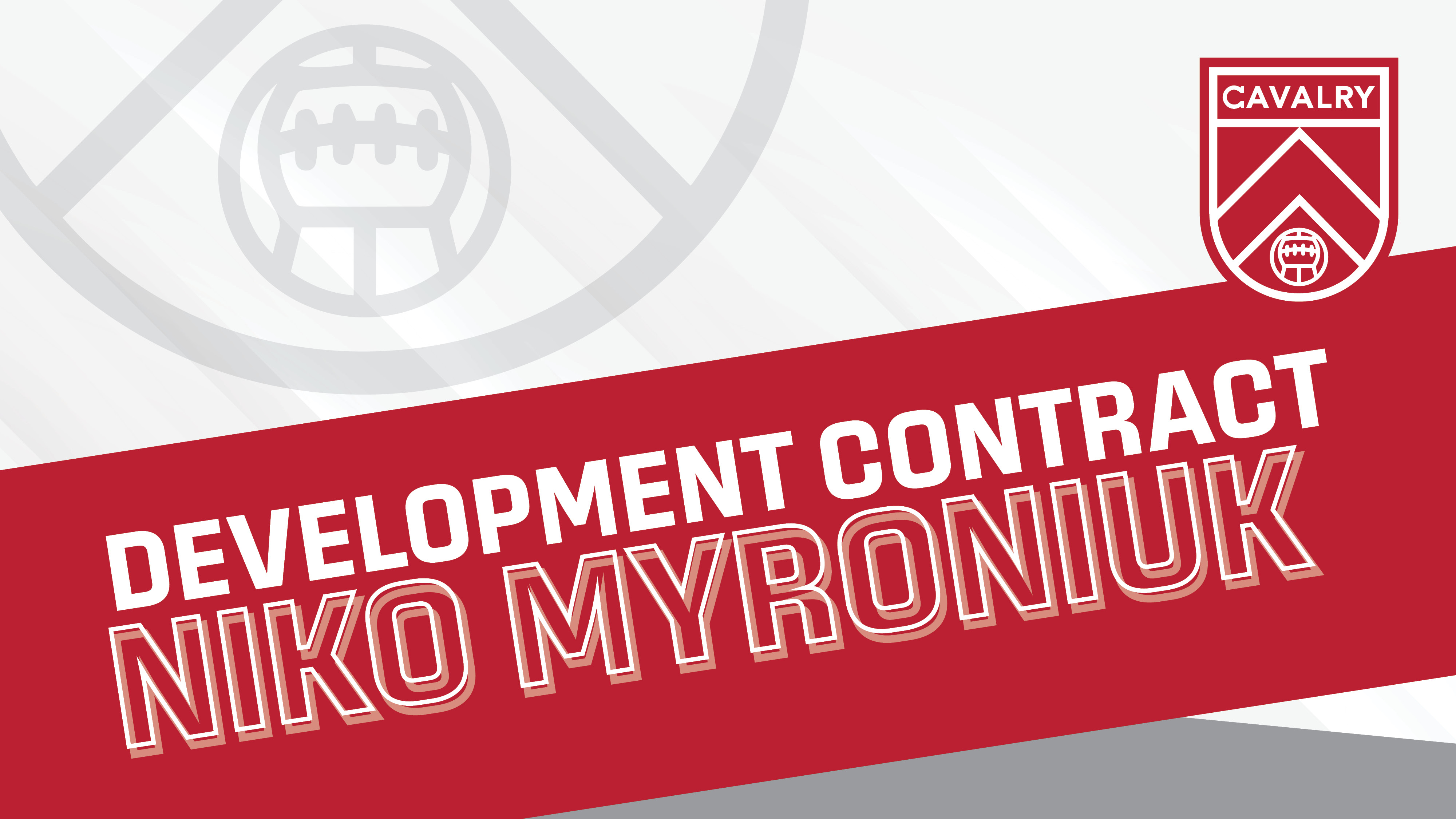 Calgary, AB (September 1, 2022) – Cavalry FC of the Canadian Premier League has signed 17-year-old midfielder, Niko Myroniuk, to the roster on a developmental contract.

Myroniuk joins Cavalry FC as a local product who has come through South West United and Calgary Blizzards before moving on to join the Vancouver Whitecaps academy system. He has recently returned to Calgary and has featured for Cavalry’s U-20 side this season. Additionally, Myroniuk claimed a bronze medal at the Canada Summer Games with team Alberta in Niagara Falls this past August.