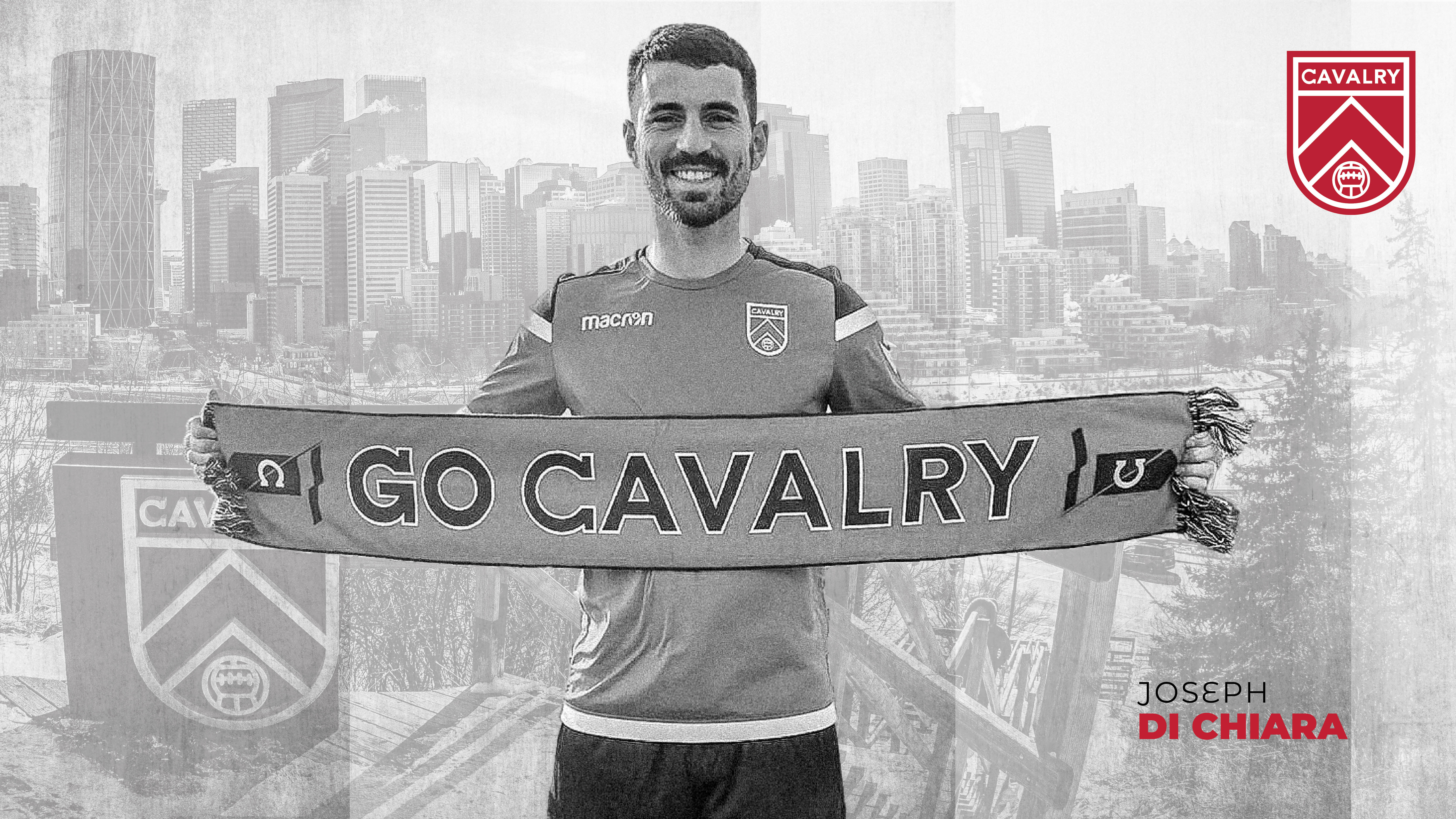 Canadian midfielder Joseph Di Chiara will wear Cavalry FC colours for the 2021 season of the Canadian Premier League. Di Chiara started his senior career in 2010 with the York Region Shooters (Canadian Soccer League). From 2011 to 2013 he lived in Russia where he played in the Russian Premier League for Krylia Soveto (2011-2012), Kecskemet (2012-2013) and Toredo Moscow (2013).

In 2014 Di Chiara moved back to Canada to play for Vaughan Azzurri in League1 Ontario where he also played the 2015 and 2016 seasons. He saw a short stint in the Kazakhstan Premier League with Okzheptes in 2015 prior to his return to Vaughan Azzurri for the 2016 and 2017 seasons.  During both periods with Vaughan Azzurri, Di Chiara is a 2-time League 1 Champion and 2-time League MVP.  Di Chiara got back into the professional game in 2018 with A Lyga club FK Jonava of Lithuania prior to joining York9 FC for the inaugural 2019 Canadian Premier League season.

Di Chiara has played the last two seasons (2019 & 2020) with Canadian Premier League team York9 FC. He had 29 appearances during his time with York9 FC that includes 5 goals, 1 assist and boasts an impressive 87% pass completion rate. 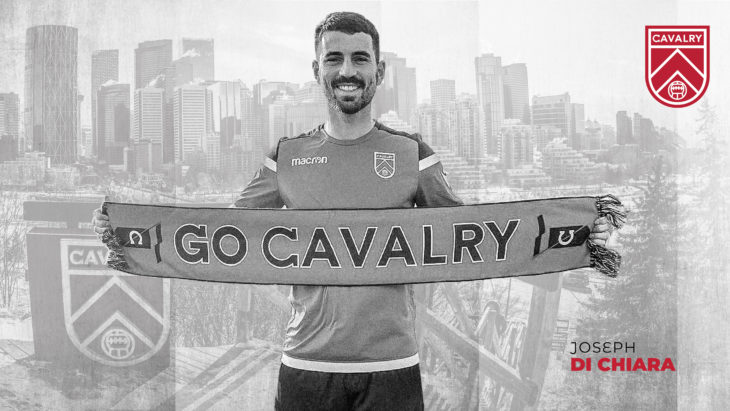 “Joe is a great signing for us and is as much of an all-action midfield player you can get. He has the ability to keep his side in possession, as well as add a goal scoring threat and brings a physicality in how he imposes himself in defensive duals.  Joe plays to win and will fit our culture very well and compliment the outstanding midfield group we have assembled over the past 2 seasons”.

“I am very excited to sign with Calvary FC. In the brief time of the (Canadian Premier) league they have shown to be one of the most competitive and talented teams.  I am happy to join these players and work with Tommy (Wheeldon Jr.).” – Joseph Di Chiara on signing with Cavalry FC.