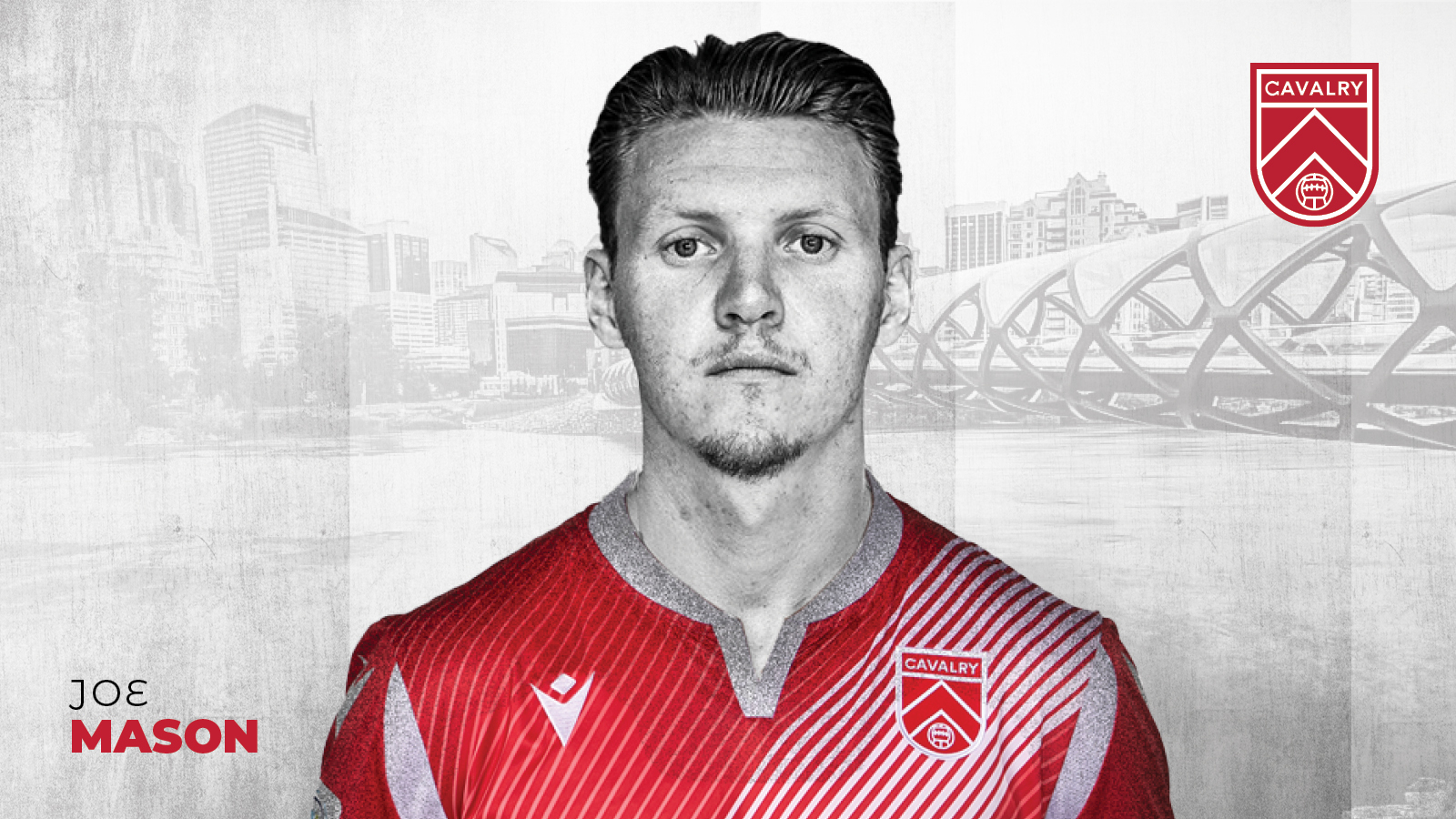 Calgary, AB (May 10, 2021) – Cavalry FC signs forward Joe Mason (ENG) to the roster on a multi-year deal for the upcoming season of the Canadian Premier League (CPL) on a free transfer from Milton Keynes Dons.

Mason was born in Plymouth, England, and he began his career with Plymouth Argyle, his hometown club. He signed his first professional contract with the club in 2009, before transferring to Championship Side Cardiff City in 2011 on a 3-year contract. He scored his first goal for the club in October of 2011, and his second one 3 days later in the League Cup, helping Cardiff reach their first League Cup quarter-final since 1965. Later in the League Cup final, Mason recorded the game’s first goal against Liverpool at Wembley Stadium. Mason extended his contract in April 2012 through to the summer of 2016, and shortly after was awarded the Club Young Player of the Year award.

From 2013 until 2015, Mason played on loan to the Football League Championship Side Bolton Wanderers. After returning to Cardiff for one season, Mason was sold to Wolverhampton Wanderers and signed a 3-and-a-half-year contract. He made his debut with the club in February of 2016, scoring after the game’s first three minutes. After then playing on loan for Burton Albion, then Colorado Rapids, and later Portsmouth, Mason’s contract with the Wanderers ended. Mason then joined League One club Milton Keynes Dons in June 2019.

Overall, Mason played 303 professional games, 185 of which were in the Championship, the second tier in English Football.

“Joe is a fantastic footballer and we are delighted to bring him to Calgary.  He has a very strong pedigree given his playing background and he’s an extremely clever forward that will undoubtedly raise the quality of our team.  He’s coming from a very good club in MK Dons that play some great football, so we know we are signing a quality striker to bolster our attack even further.”

“I am very excited to get out to Calgary and join this ambitious football club and an exciting new league. And, when it is safe to do so, I can’t wait to see and meet the fans at Spruce Meadows!”– Joe Mason signing with Cavalry FC