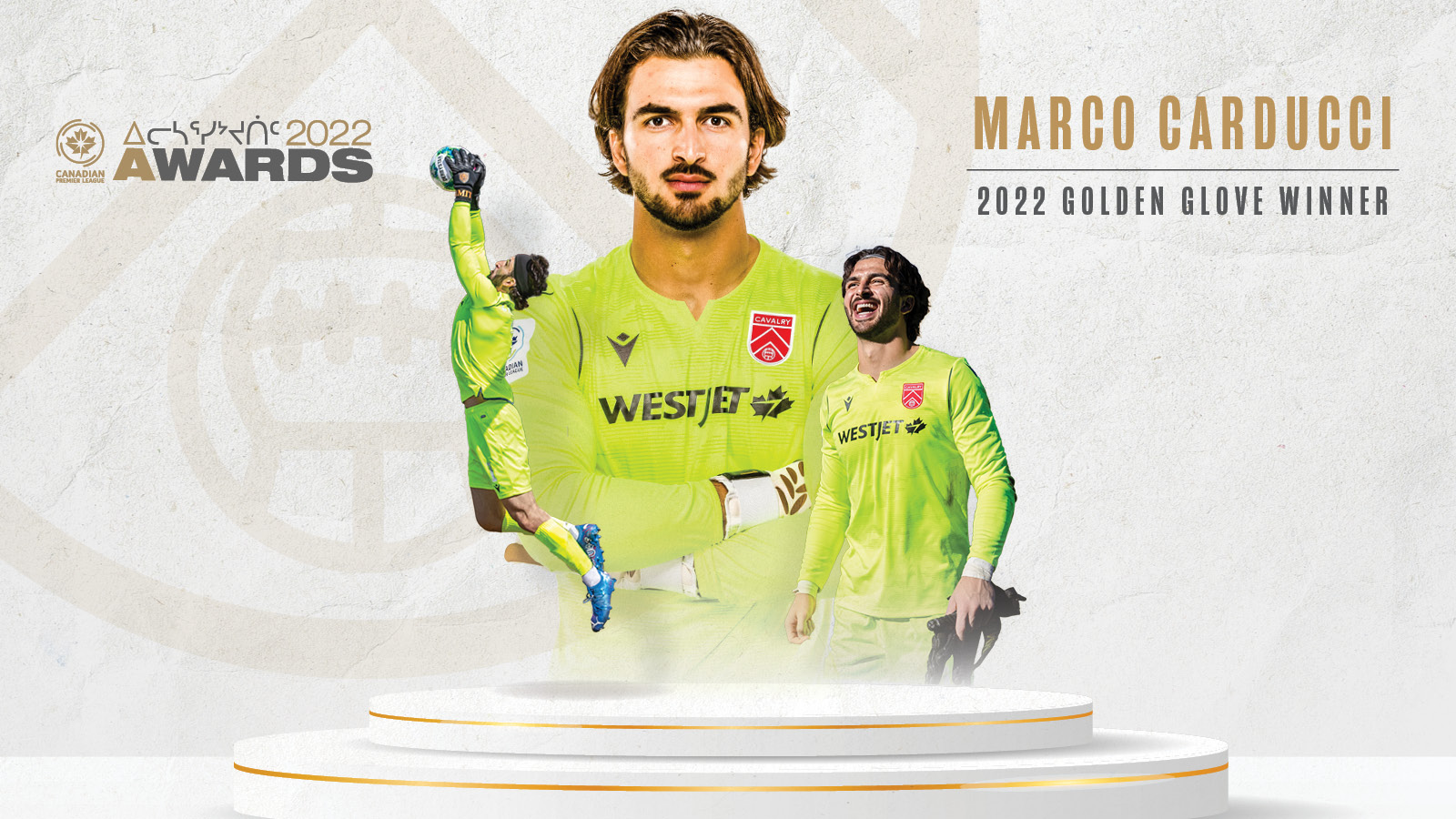 Calgary, AB (October 28, 2022) – Cavalry FC Goalkeeper Marco Carducci has been awarded the Golden Glove Award on behalf of the Canadian Premier League. The Golden Glove Award is based on regular season league matches, with voting commencing immediately following the end of the regular season. Carducci was given the award during the league’s award ceremony in Ottawa on October 28th after being voted by league-selected members of the media. Carducci was tied with Forge FC goalkeeper Triston Henry in clean sheets with 10 in total but did so in three fewer matches played. This is the second Golden Glove for Carducci, after also receiving the award in 2019. He is the only keeper to have been nominated that has previously won the award.

“We are all delighted for Marco to receive this award.  We see the work he puts in day in and day out with the team and our Goalkeeping Coach Jordan Santiago,” says Cavalry FC Head Coach Tommy Wheeldon Jr. “His performances on the pitch continue to emphasize that he’s one of the best Canadians in this sport.  Winning this award is made even more remarkable and truly shows his incredible mentality, given how he faced and beat testicular cancer earlier this year. He is a remarkable young man that continues to raise the bar for human and high potential, and we are fortunate to have him represent our club and this league.”

“All of us here at the club are very proud of Marco for his second Golden Glove Award in the last 4 years,” says Cavalry FC Goalkeeping Coach Jordan Santiago. “It is a credit to him as a professional with the amount of work he puts into perfecting his craft every day on the training pitch and in matches. Statistically, he is getting better each season and we are proud to have him as a part of Cavalry FC.”

Following his battle with testicular cancer, Carducci has been outstanding both on and off the pitch with his community involvement and consistent performances across the league. Everyone at Cavalry FC would like to congratulate Marco on receiving this award while having an immensely successful season through match results as well as overcoming his fight with testicular cancer.