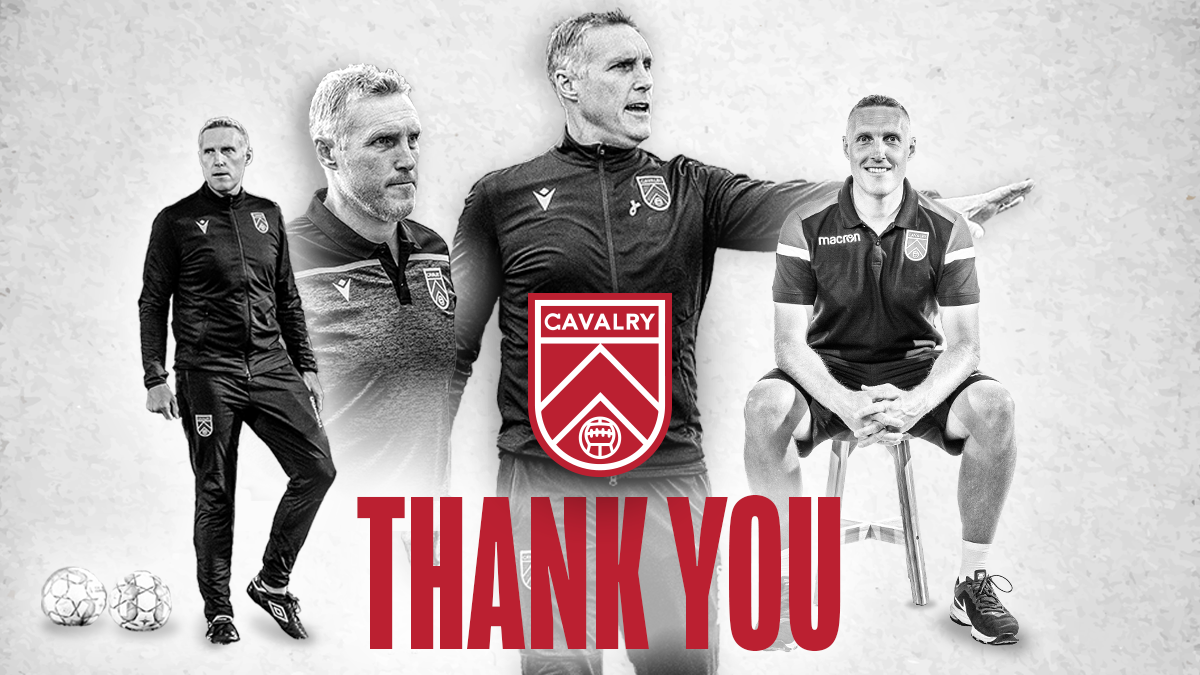 Calgary, AB (December 21, 2021) – Cavalry FC would like to give our best wishes and thanks to Martin Nash as he leaves Cavalry FC to sign on with York United FC as their Head Coach. Martin was announced as Cavalry FC’s  First Team Coach and Technical Director in 2018 when Cavalry FC was launched.

Martin is a former Canadian International and was a key member of their 2000 Gold Cup-winning team.

Upon hanging up his playing boots, he coached within the Vancouver Whitecaps residency and PDL program before moving on to Ottawa Fury as Assistant Coach from 2014-2016. In March of 2018, Martin was named Assistant Coach of the Calgary Foothills FC PDL team, joining forces with Tommy Wheeldon Jr., and led the team to a National Championship.

“I’m delighted for Martin personally to get this opportunity to lead his own CPL side, an honour he fully deserves. I will miss working with him on a day-to-day basis, as he’s a bright, honest & integral person with a great perspective on the game and an even better friend and human being.”

“Martin Nash has been an important part of Cavalry FC for our entire history. His resume as a player and assistant coach has earned him this chance to lead a Canadian Premier League franchise. Nashy is a top professional in every sense and we wish him the very best.”