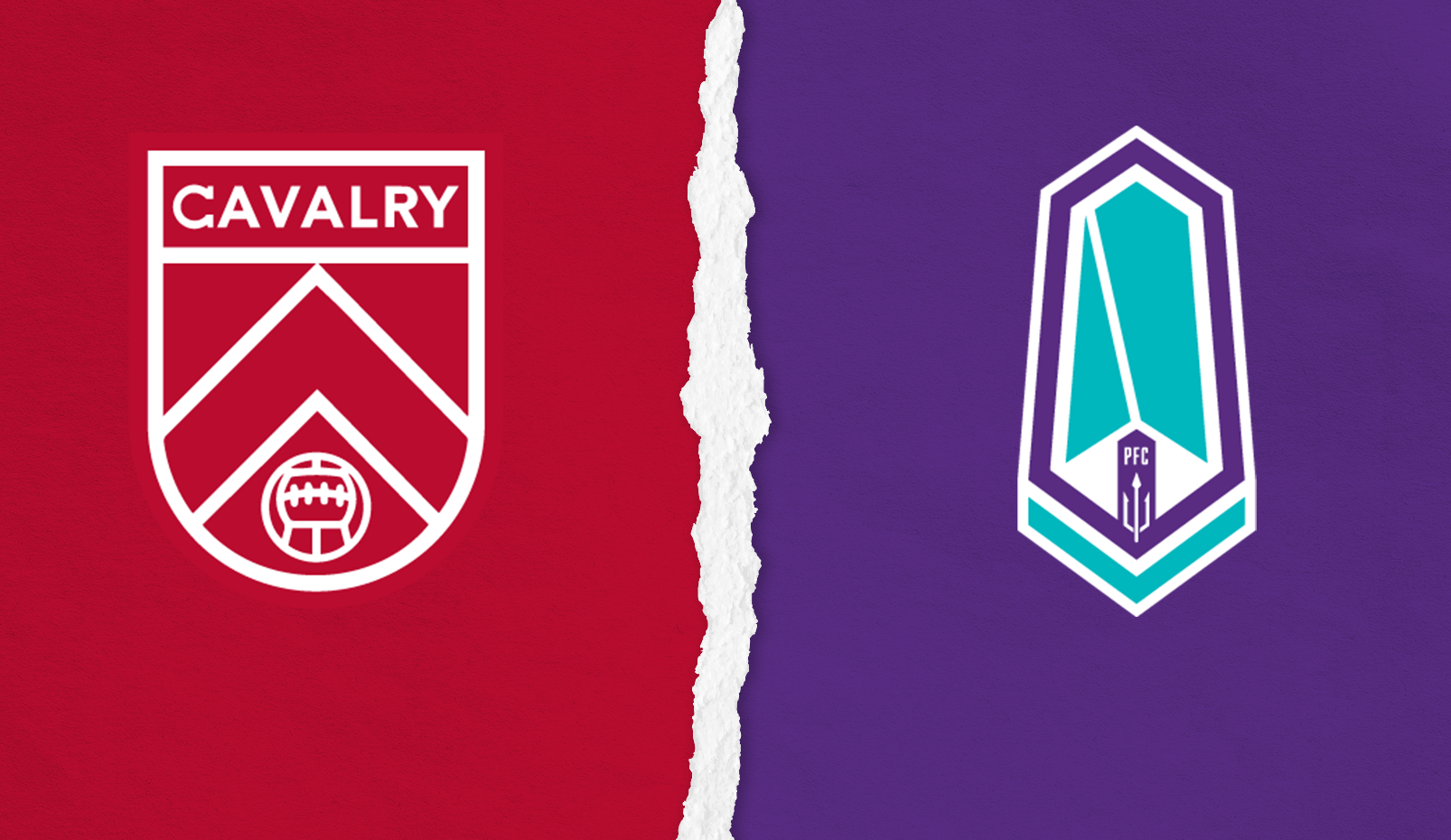 It is a scene that has surely been running through the minds of everyone in the Cavalry FC organization since November — Pacific’s Kunle Dada-Luke peeling away in celebration as several Cavalry players stood with hands raised in stunned disbelief.

Dada-Luke, albeit in a controversial fashion, had just scored the goal that would ultimately end Cavalry’s season in a 2-1 injury time 2021 playoff semi-final loss. Whether or not the ball crossed the end line before fooling Marco Carducci in the Cavalry net is now irrelevant; the lesson, as articulated by coach Tommy Wheeldon Jr., is to “play to the effing whistle“.

Since that match, the clubs have taken very different trajectories. Pacific would go on to lift the North Star Shield last year and are undefeated (three wins, one draw) to start the 2022 season. Cavalry, meanwhile, has collected just a single point, scored just twice and sits at the bottom of the Canadian Premier League table through three matches.

On Sunday, the two sides return to Spruce Meadows, the scene of that now-infamous moment, for the first time, affording Cavalry a chance to extract a measure of revenge. It is Cavalry’s home opener, having spent the first three matches of the season on the road, two of which came against sides who made the playoffs in 2021.

“What a great home opener it is for us because they were the ones that took away our chance to go to the final [last year] on our home pitch,” Wheeldon Jr. told media on Friday. “There’s a bit of payback for us, and the lads know that and they are ready for it.”

Home field won’t be the only advantage for the Cavs heading into the match. While they won’t have to travel far, Pacific did play midweek in Edmonton. Teams who played midweek won just five times in 17 matches (5-6-6) against rested opponents on the weekend in Canadian Premier League action last year. Wednesday’s match gave Wheeldon Jr. and his staff an opportunity to scout their home opener opposition in person.

Cavalry will also be getting a huge boost between the sticks. After spending the first three matches of the season on the bench, Carducci is set to get his first start of the season. The 25-year-old was diagnosed with testicular cancer back in February. His return to the field will surely be a big boost both in terms of the quality and leadership he brings to the squad. “He could have started the last few we felt,” said Wheeldon Jr. “But Carducci will start [Sunday].”

Alberta hasn’t been particularly kind to Pacific so far, who will be looking to rebound from their first scoreless game of the season, a surprise 0-0 draw against FC Edmonton at Clarke Field. Despite enjoying 71% possession in that match, they were held to just three shots on target. They may boast the most dangerous attack in the league (14 big chances created so far this season), but this was the second straight match where Pacific struggled to create chances after being held to just two shots on target over the weekend at home against Halifax. It is worth noting, however, that they scored on both of those shots.

“That just motivates our [attacking] players that want to continue to create more opportunities, clear opportunities, and then take them,” Pacific coach James Merriman told the media on Friday. “We spoke about being more ruthless straight after the game [against Edmonton].”

Merriman will have to decide how best to rotate his squad during their third match in eight days. Manny Aparicio, Marco Bustos, Alejandro Diaz and Thomas Meilleur-Giguère have all played almost every minute for Pacific so far this season. Although all are key members of the core of the squad, one or more could be in line for a rest. Meilleure-Giguère’s status, in particular, remains questionable after he left Wednesday’s game early. While Merriman told the media the injury isn’t serious, Pacific will know more after they train today as to whether or not the central defender will be available on Sunday.

Regardless of who is in the starting XI, don’t expect Pacific to approach this game differently than they have any other so far this season.

Make your match picks prior to kickoff at canpl.ca/predictor for a chance to win prizes, including the grand prize of a trip to the 2022 CPL Final! To learn more about ComeOn!, click here.

“Playing at home, it makes a difference. We’ve seen it when we went to Ottawa and Forge and it is their home opener. The fans make a difference and ours, it is more compact, we’ve got great season ticket sales, I think we’ve hit a record in there. I think it is going to be a packed house on Sunday, and that energy alone is infectious.” — Cavalry FC head coach Tommy Wheeldon Jr.

“We know that they aren’t happy with the results that they’ve got. It is still very early in the season and they have a good team, good players and a good manager. So we are excited for the match and I think it is the right time for us, a good challenge in their house.” — Pacific FC Head Coach James Merriman