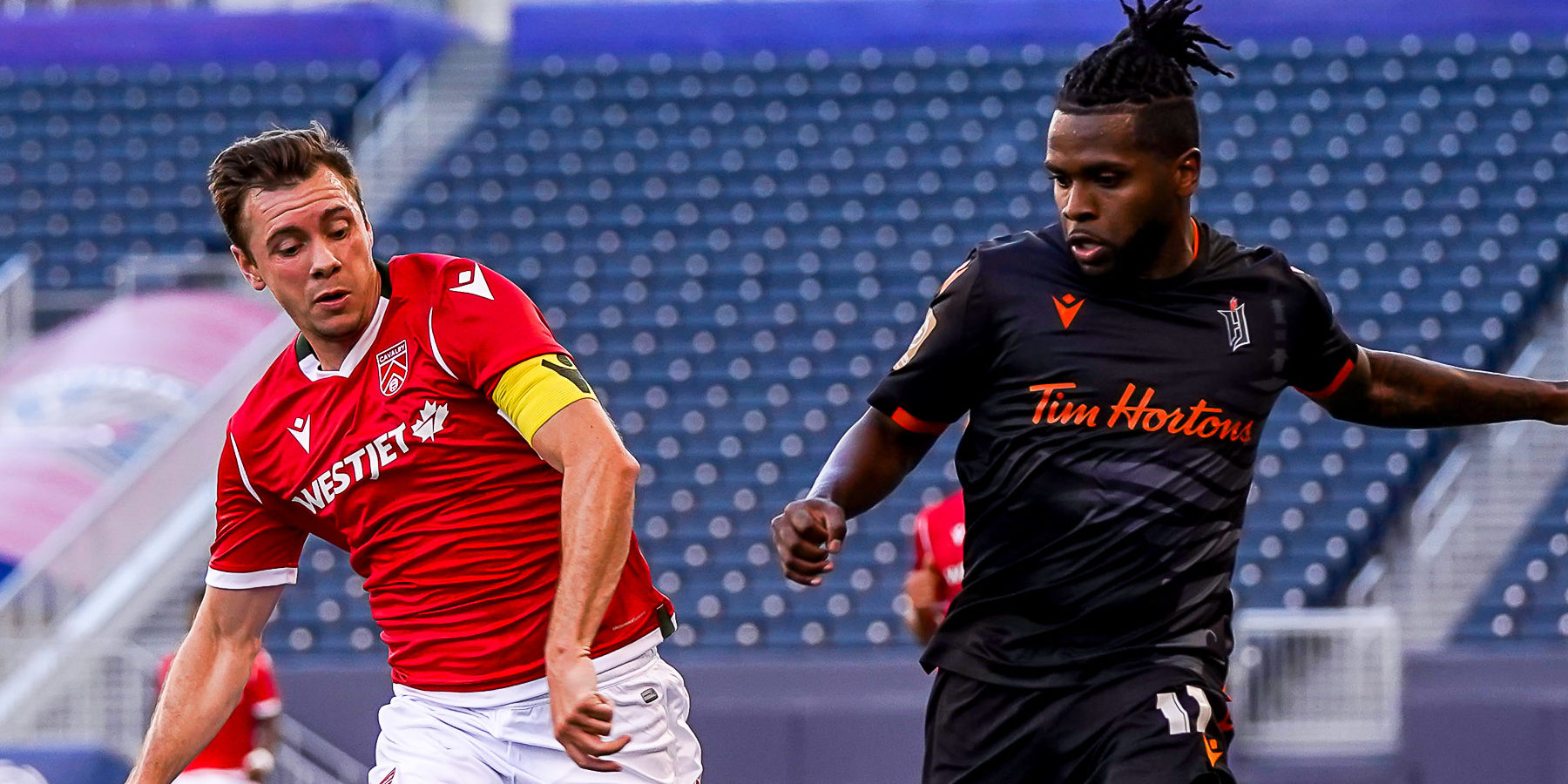 It’s a final tune-up for the two postseason-bound sides looking to gain an edge going into the semi-finals on the weekend; the Cavs clash with Pacific FC on Saturday at ATCO Field (3pm ET/1pm MT) while Forge will host York United (3pm ET) on Sunday.

Forge returns to the Steel City after dropping a 1-0 result to Cavalry’s Albertan rivals FC Edmonton on Saturday. Easton Ongaro’s timely second-half goal sunk Bobby Smyrniotis’ side – though they’d already sealed first place and fielded a rotated side in a penultimate regular-season matchup.

“It’s a big game – every game we play against them you can see both teams come out with intensity,” Forge goalkeeper Baj Maan said before the match. “We can set the tone with the win and, who knows, they could come in with a lack of confidence going into a potential final.”

Cavalry, meanwhile, heads to Hamilton after a two-week rest – their last encounter being a 1-0 win over Pacific FC at ATCO Field. Joe Mason scored the goal in an eventual playoff preview, grabbing their third win in their last five and offering some retribution for a loss to Valour FC the previous game. The Cavs will travel to Hamilton late Monday.

“These are two big teams in the CPL – but we haven’t played them very often this season,” Wheeldon Jr. said, adding the Cavs had faced Forge the most of any CPL team before a recent run against Pacific. “We’re looking forward to renewing old rivalries… What we said all along is if we win [the CPL championship] we’ll have to go through Pacific and Forge at some point.”

Make your match picks prior to kickoff at canpl.ca/predictor for a chance to win prizes, including the grand prize of a trip to the 2021 CPL Final! To learn more about ComeOn!, click here.

“We’re flying under the radar – Pacific has done great because of their CanChamp run and the fact they were first for most of the season. Forge has performed in Concacaf League… They’ve shown why they are defending champions and, ultimately, we haven’t done those two things. What we have to do is save the best for last and, as we’ve learned the hard way, it’s not how you start the season it’s how you finish.” — Cavalry FC head coach Tommy Wheeldon Jr.

“It’s obviously been one heck of a year… I’m most proud of the players for keeping such a high level of concentration. We know we have another two, three weeks of games so let’s keep doing what we’re doing but put a bit extra into it and hopefully, it will work out in the end.” — Forge FC head coach Bobby Smyrniotis