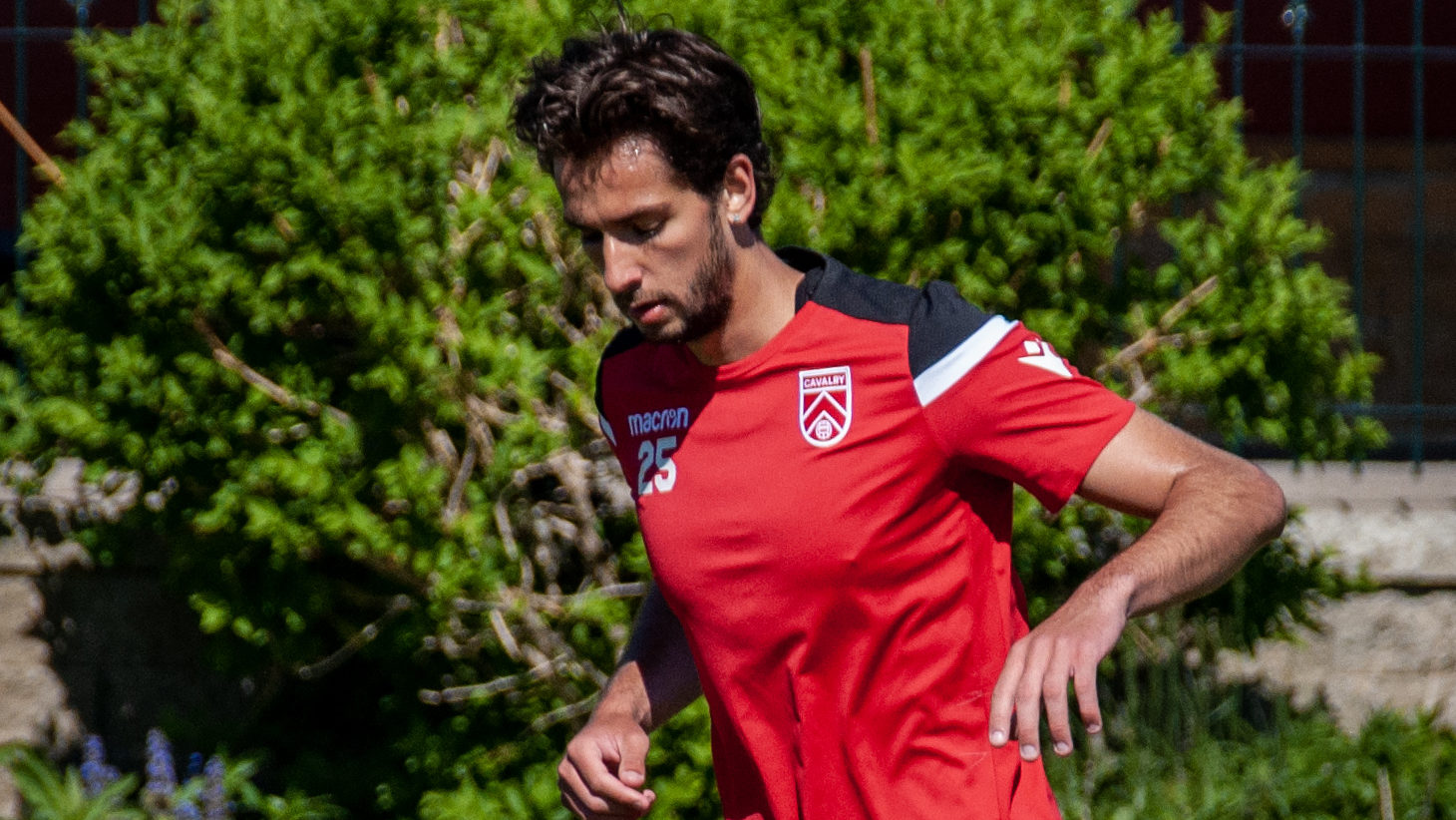 “You see horses run by as you’re doing laps of the pitch – it’s a lot different. I like it though,” Boskovic said of Cavalry’s training outings in an interview with CanPL.ca.

Boskovic, who returned home to the Greater Toronto Area when the COVID-19 pandemic delayed the CPL’s pre-season in March, arrived in Calgary at the beginning of June. After completing a CPL-mandated two-week quarantine period, he joined Cavalry’s steady group of defenders which, let’s be honest, were suited to many horse idioms and comparisons over the 2019 season.

Up first for Boskovic? A four-to-a-field, socially-distanced session with Cavalry’s established core of centre backs who led Cavalry to a CPL-fewest 19 goals against last season.

“Us centre backs, we kinda liked it, to be honest,” Boskovic recounted. “It offers a different element in a pre-season, you can break into groups and work on those essentials for 90 minutes. As a central defender you don’t get a lot of reps in a bigger-sided game so just getting a lot more of them in is key – especially early.”

Boskovic, 22, is an intriguing addition for Cavalry. With more than 60 appearances at USL Championship level, he has an impressive resume as one of Toronto FC II’s brightest prospects – both on and off the pitch. A Geographic Analysis major at Ryerson University in Toronto, Boskovic eventually took a step back from school, TFC II, and his varsity responsibilities after joining Ottawa Fury on loan last season.

Following the loan, which ended in playoff heartbreak, he sat down with his family to decide what’s next. He knew several CPL players from his time in southern Ontario, including none other than league MVP Tristan Borges.

It didn’t take long to decide, with Boskovic citing his good friend Borges as inspiration.

“We were trying to figure out if I wanted to go back to the USL Championship or look for another loan deal. I wanted to challenge myself, and the CPL presented itself as a good possibility and obviously it’s a growing league,” Boskovic explained.

“Getting here to Cavalry, with an established team, is also fantastic.”

RELATED READING: Cavalry coach Wheeldon Jr.: ‘We have to find ways to be creative’ in training

While a Borges-level breakthrough remains to be seen for the TFC II centre back, it’s clear Boskovic is following a path. A towering defender with deceptively-good touch and passing range, he’s a like-for-like replacement for Joel Waterman – another high-profile CPL departure who swapped Cavalry for MLS side Montreal Impact this winter.

Considering his experience, it’s easy to see how the six-foot-three defender could fit in with the Cavs’ impressive defensive core of Dominick Zator, Jay Wheeldon, and Mason Trafford.

“You can see the guys have been playing together for a while and they like playing with each other too, but I’m up for the challenge,” Boskovic said. “In Ottawa, I came into an established backline so it gives me a chance to prove myself.”

One of Boskovic’s nine appearances for the Fury came in the club’s final game – a wild, down-to-the-wire USL Championship first-round playoff tilt with Charleston Battery. He came on in extra time, only to witness the side lose on penalties.

“It was a crazy way for us to go out. We didn’t know what was gonna happen to the club after, but it was definitely sad since I met some good guys there including Julian de Guzman,” Boskovic said.

Boskovic’s role in the Cavs’ backline is not yet defined. But, like Borges and Waterman, perhaps a move to the CPL is the right professional springboard for a young prospect like him.

After hastily leaving Calgary when the pandemic hit – adding he left “nearly everything” at his new apartment, including a precious time-consuming Xbox – Boskovic is prepared to keep up with a Cavalry side striding towards a 2020 CPL title.