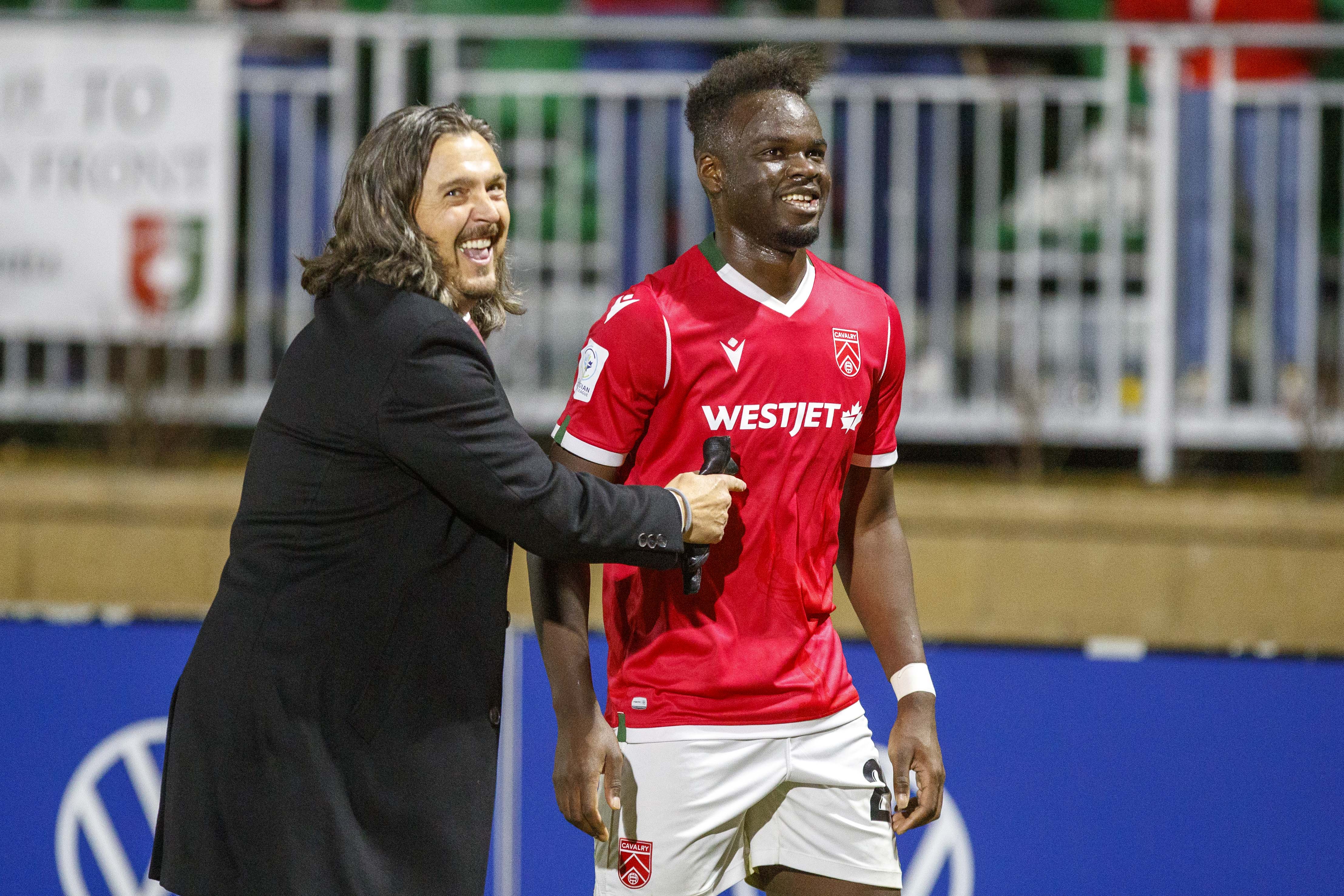 Cavalry FC clinched a spot in the playoffs on Thursday night after their 2-1 win over Pacific FC saw them move to the top of the table.

Goals from Daan Klomp and David Norman Jr. set up the win while Sean Young added a late consolation goal for the visitors.

Here are some sights and sounds from Wednesday’s match.

GOAL 🔱@PacificFCCPL cut the lead in half vs. @CPLCavalryFC as Sean Young gets on the near side of Marco Carducci with a thundering shot#CanPL 🍁 | 📺 TELUS ch. 980 | 🔴 https://t.co/hishXepRT3 pic.twitter.com/CB9zgijHMt