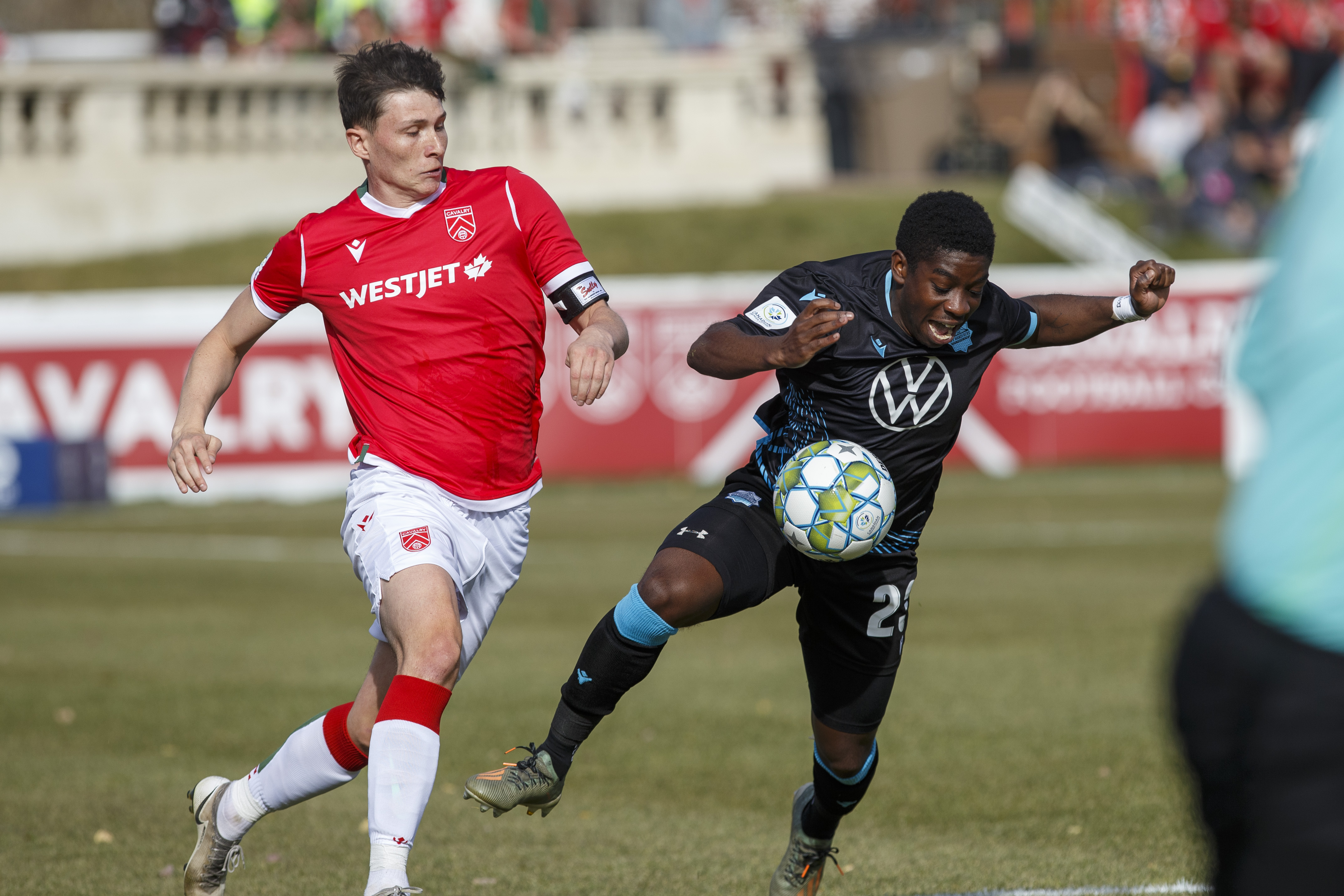 Cavalry FC were forced to settle for a 0-0 draw with HFX Wanderers on Sunday at Spruce Meadows, as despite a flurry of second-half chances (including a last-minute penalty), they couldn’t quite find the net to take all three points.

Kieran Baskett stopped Joe Mason’s attempt from the spot in the 93rd minute as the Wanderers earned a valuable point to remain one ahead of York United in the fourth and final playoff spot, while the Cavs moved into sole possession of second place ahead of Forge FC.

Here are your sights and sounds from an entertaining end-to-end affair at ATCO Field.

"Kieran Baskett, do you want to be a @HFXWanderersFC legend?"

The Halifax GK makes a HUGE stop on Joe Mason's penalty in the dying seconds of this 0-0 draw, giving his team a point in this crucial #CanPL clash 🤩 pic.twitter.com/VbkY1DZWSo