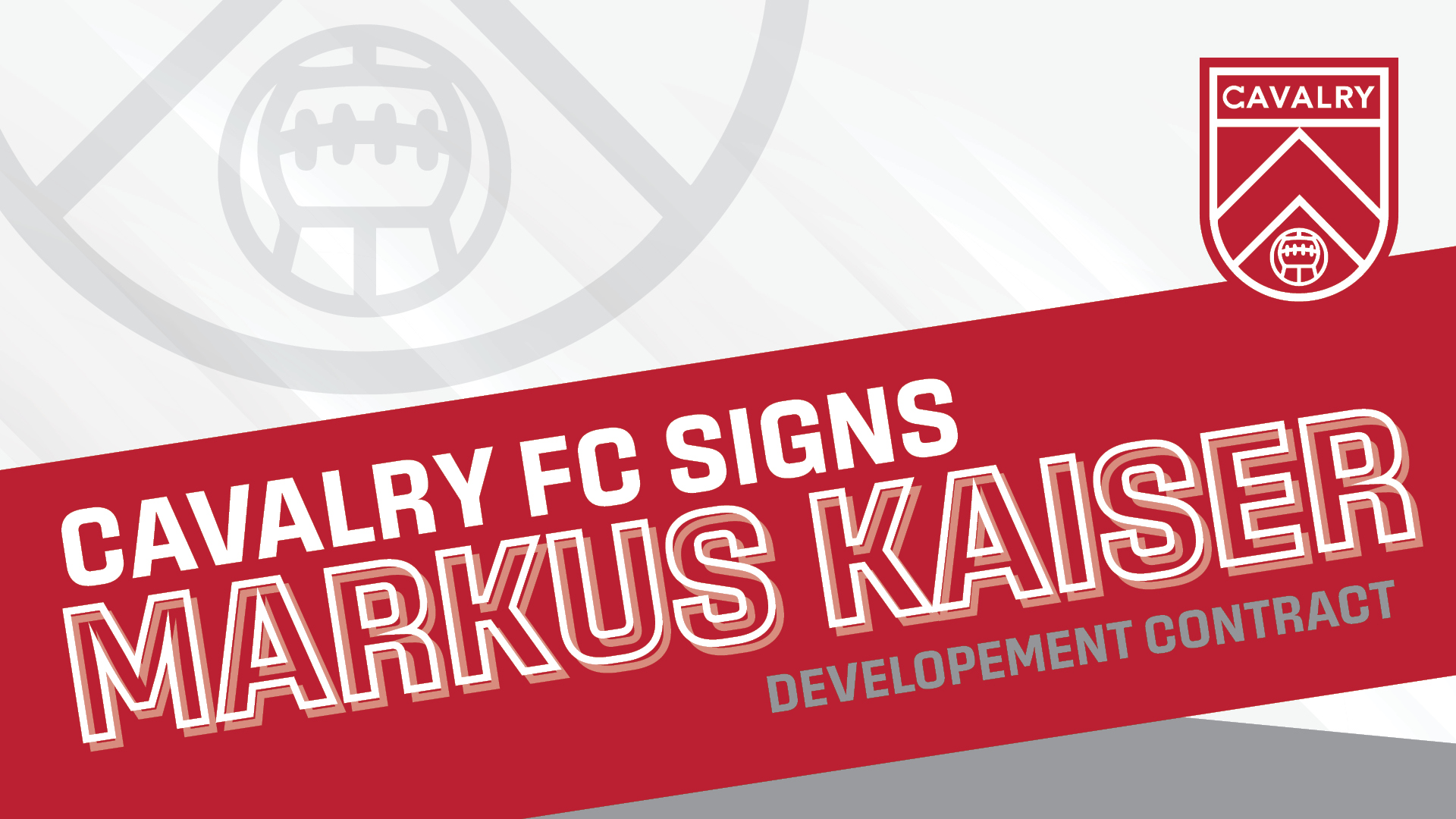 Calgary, AB (May 13, 2022) – Cavalry FC has signed local Calgary player Markus Kaiser (CAN) to a CPL-U SPORTS Development Contract for the 2022 season.

Kaiser came up through the Calgary Foothills Academy, and has been playing for the University of British Columbia since 2020, where he is enrolled as a Chemical and Biological Engineering student. After being drafted from the 2022 CPL-U SPORTS pre-season training draft, Kaiser’s performance in training led to the offer of a developmental contract.

A U SPORTS Development Contract allows a student-athlete with one to five years of U SPORTS eligibility remaining to sign with a CPL Club while preserving their eligibility before returning to U SPORTS competition.

Kaiser follows in the steps of his older brother, Daniel Kaiser, who was signed to a U SPORTS Development Contract with Cavalry FC in the 2021 season.

“I’m thrilled to be given this opportunity and to prove myself at the professional level. I have been in and out of Cavalry training ever since the franchise started a few years ago. I’m hoping to use this opportunity to fight for Cavalry as a homegrown player and continues progress as a footballer.

“Markus is a good addition to our squad. He’s versatile and can provide depth in our full-back and midfield positions. He is a player with a great engine to get around the pitch, very tidy in possession, and has a superb attitude.”